U.S. TRADE DEFICIT WITH CHINA IS BIGGER THAN REPORTED 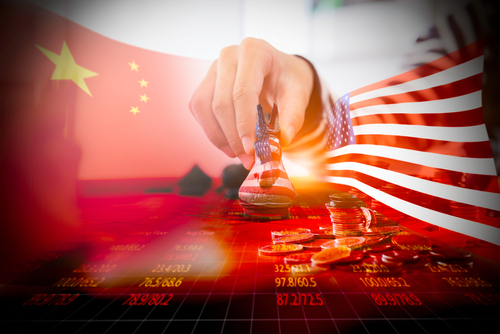 One of Donald Trump’s successes as president was to reduce the U.S.’s trade deficit with China—but apparently not.

The reason: the official figures fail to include “de minimis” shipments direct from China to individuals in the U.S. that have a value under $800, The Wall Street Journal noted.

“De minimis” is a Latin term meaning “too small to bother with” and customs officials do not log the shipments’ values.

The shipments number about 800 million annually, with about half coming from China, according to a WSJ analysis of customs data.

“This has implications for whether we can trust the figures on imports from China,” economist Jeff Ferry at the Coalition for a Prosperous America, a group backing tariffs to close trade gaps.

Congress created the de minimis rule in 1938 “to avoid expense and inconvenience to the government disproportionate to the amount of revenue that otherwise would be collected.”

The number of de minimis packages has climbed relentlessly over time, peaking at an estimated value of $67 billion in 2020, then slacking back to roughly $40 billion in 2021.

As the number of the packages grew, the rules governing them have not changed.

Based on Securities and Exchange Commission figures, the largest U.S. Internet retailers are bringing in around $112 billion in de minimis shipments annually, Ferry estimates.

The figure does not capture data from countless small Chinese retailers whose entire business model is to make one-off sales and shipments to the U.S., the WSJ pointed out.

The officially reported U.S. trade gap with China was $402 billion in fiscal year 2018 but shrank to $302 billion in 2020 under Trump-era tariffs and the initial impact of the COVID shutdown.

However, the number of de minimis shipments suggests that the deficit did not shrink in 2020 but could have been between $350 billion and $430 billion, the WSJ said.