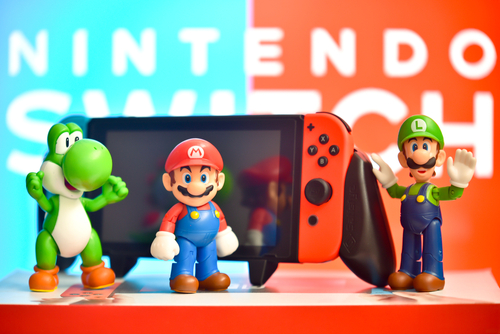 Saudi Arabia’s Public Investment Fund has taken a 5-percent stake in Nintendo, the Japanese video game company, at a cost of about $5 billion.

The move is purely an investment, not an attempt to steer the company or take it over, the fund said in a regulatory filing.

The recent rise in oil prices has raised the fund’s assets to about $600 billion.

Meanwhile, Nintendo, which was riding high during the COVID War as people turned to video games to pass the time, is doing less well now.

Its Switch game console has been on the market for more than five years. Sales shrunk 20 percent in the most recent year and the company has warned that sales will fall again this year.

Since taking control of the country’s government, Bid Salman has instructed the fund to diversify the Saudi economy away from its reliance on oil.

Still, the nation’s oil revenues are predicted to grow 66 percent above last year’s, reaching about $250 billion in 2022, leaving around $80 billion in profits, according to The Wall Street Journal.

The fund also has reported owning more than 5 percent each of Japanese video game makers CapCom and Nexon and owns pieces of Electronic Arts and Take Two Interactive.

The fund recently created a subsidiary dubbed Savvy Gaming Group that already has bought a digital gaming platform and a presenter of e-sports events.