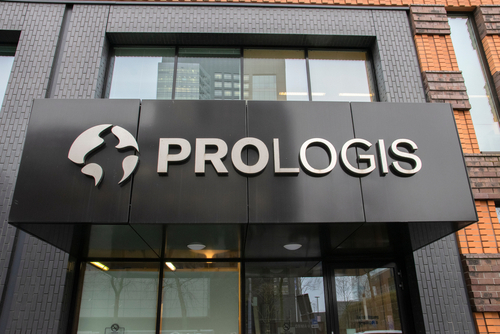 Prologis, the world’s largest warehouse owner with more than a billion square feet of space in its portfolio, made an all-stock offer worth $23.7 billion to buy Indiana-based Duke Realty, a real estate investment trust specializing in industrial properties that owns about 160 million square feet across 19 states.

Prologis made the unsolicited offer of $61.68 a share after trying for more than five months to engage Duke in negotiations to buy the business.

However, Duke rejected the offer, saying the figure was “virtually unchanged” from Prologis’s previous offer and the trust would have no further comment.

“Is there a limit to how high industrial rents can go?” Michael Goldsmith, a UBS Investment Bank analyst, said to The Wall Street Journal.

“It seems like the growth we’re experiencing is sort of unprecedented,” he added.

Also, after Amazon posted its first loss in seven years for the first quarter of 2022, CEO Andy Jassey rattled the logistics market when he said his company was “no longer chasing physical or staffing capacity.”

“There will be a point of saturation,” Prologis CEO Hamid Moghadam agreed in a WSJ interview, “but this time is different than the last 20 or 30 years.”

The vacancy rate for industrial space is now a scant 3.5 percent, he pointed out.

Others see the same opportunity as Prologis does.

Blackstone, the world’s largest private equity firm, also has been an enthusiastic buyer of warehouses over the past two years, as we have reported in “Blackstone Gobbling Up India’s Storage Space” (27 Apr 2021) and “Blackstone Books €21-Billion Deal for European Warehouse Space” (22 Feb 2022).

The Swedish firm also owns Zyn, the fastest-growing brand of nicotine pouch in the U.S.

Nicotine pouches are small bags holding nicotine and flavorings, but no tobacco, that are held between the cheek and gum. They deliver the addictive punch of nicotine without smoking, swallowing, or spitting and, like vape products, are marketed as a safer alternative to smoking and as a way to wean a smoker from tobacco.

Zyn sales grew by 50 percent last year in Scandinavia and the U.S.

Owning Zyn returns Morris to the U.S. market, where it has had little presence for more than a decade.

Morris is expected to use Swedish Match’s distribution channels to market its own tobacco alternatives.

Morris will pay $10.57 per share for Swedish Match, a 39-cent premium to the price before news of the proposal became public.

The Swedish firm is carrying about $1.3 billion in debt. Its board has recommended shareholders take the deal.

Morris has the most aggressive of any cigarette company in its move into tobacco alternatives, according to the Financial Times.

Altria and Morris have competed in alternatives to cigarettes, with Altria taking a 35-percent stake in 2018 in vaping company Juul .

In 2021, Philip Morris earned 29 percent of its revenue from smokeless products, including its IQOS devices, which heat tobacco instead of burning it.

Morris plans to earn a majority of its revenues from cigarette alternatives by 2024, the company has said.

PFIZER TO TAKE THE REST OF BIOHAVEN FOR $11.6 BILLION

Pharma giant Pfizer will pay $148.50 for each share of Biohaven Pharmaceutical Holdings it does not own already, a 79-percent bonus on Biohaven’s 9 May closing price.

Through the purchase, Pfizer takes ownership of Nurtec, the anti-migraine drug Biohaven began selling in 2020 and which, analysts say, could be worth billions of dollars in annual sales.

Pfizer is expected to pay cash for the purchase out of profits it accumulated through sales of its anti-COVID Paxlovid pill and Comirnaty vaccine.

The two drugs are estimated to make up half of Pfizer’s projected $100 billion in sales this year.

Several of Pfizer’s lucrative patents will expire in the next few years and the company has said it will add $25 billion in annual revenue by 2030 through acquisitions, as we reported in “After Record Revenues, Pfizer is On the Hunt” (15 Feb 2022).

Recently, Pfizer announced its intent to snap up Reviral, which makes oral antiviral drugs, for $525 million.