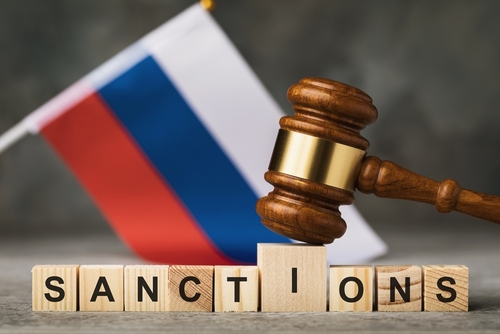 The decree, which was in response to the wide array of Western sanctions that Putin has called illegal, are Russia's toughest economic maneuver since the war began.

The decree was published on the Kremlin's website and said it intends to protect Russians from the "unfriendly and illegitimate actions" of the U.S. and other countries that were aimed “at illegally restricting or depriving the Russian Federation, its citizens, and Russian legal entities of property rights."

Russia will forbid the export of products and raw materials to people and entities that it has sanctioned and prohibit transactions with foreigners and companies hit by Russia's retaliatory sanctions.

The Trends Journal published a story last week, titled, “BIDEN WANTS TO STEAL RUSSIAN ASSETS TO FIGHT THE UKRAINE WAR.” The report said President Joe Biden announced that he will ask Congress to speed up a controversial procedure to allow his administration to sell yachts and other assets that were seized from Russian oligarchs since the start of the Ukraine war.

As a result of the cost of the War and the sanctions, Russia’s $1.8 trillion economy, the 11th largest in the world, is headed for its deepest contraction since the breakup of the Soviet Union in 1991.

Depending on who is forecasting what, this year its economy is expected to decline anywhere between 8 percent and 20 percent.

All things considered, the Russian economy has proven to be resilient and has managed to counter some of the sanctions—thanks to the surging price of oil and gas due to these sanctions.

And while its ruble had plunged 30 percent shortly after the 24 February invasion as a result of the announced sanctions, it has since nearly doubled in value due to moves by Russia’s central bank.

The bank restricted the ability of bank customers to withdraw rubles in an effort to buy foreign currencies and demanded that other countries buy its natural gas and oil in rubles. The CBC reported that The Wall Street Journal called these restrictions extraordinary and said the currency is in a “central-bank induced coma.”

TREND FORECAST: The relationship between Russia, India and China will grow stronger as the West ramps up its economic war against Russia and intensifies it militarily by sending more troops and munitions to NATO nations next to and near Russia’s borders.

With China the world’s second largest economy and 10 times the size of Russia, and India being 6th largest in the world, they will be a significant and growing trading partner during Russia’s isolation, selling it more of its goods and services that the West has abandoned.

However, China will not short-change its own industrial complex to provide Russia with computer chips and other crucial supplies. China needs those items to feed its dominant export economy as well as to spark domestic consumption.