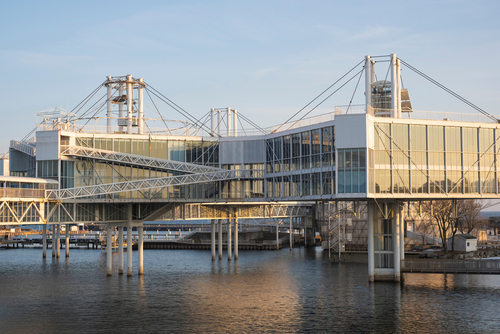 Dr. Kieran Moore, Ontario’s chief medical officer, announced Thursday that it is his belief that the highest risk for COVID-19 has passed and the policies that have been put into place to slow infection should wind down.

“I do think we should align their removal with the removal at a population level, so on March 1,” he said. “That may be early for some organizations, but that’s my goal.”

Among the rules that stand to end are proof of vaccination requirements for indoor settings and likely the end of mandatory vaccinations for colleges and other public entities, The Toronto Sun reported. (See “ONTARIO: BACKLASH AGAINST LOCKDOWN LUNACY,” “ONTARIO POSTS RECORD UNEMPLOYMENT IN 202)” and “ONTARIO FINANCE MINISTER: ANOTHER POLITICAL JOKER.”)

“I do think that the peak and risk … of Omicron is behind us,” Moore said, according to the paper. “There remains a risk of transmission every day and hence the need to continue to wear our masks at present, but we’ll review the evidence of when we can further reduce that public health measure of masking in public spaces.”

Moore said vaccines provide the best protection against the virus and he urged residents to take the jab and the orders that have been put in place “served their purpose.”

But the very same newspaper article, citing public health data, reported that unvaccinated and partially vaccinated people make up “just over half of patients in intensive care” with the virus, which means the other half is fully vaccinated individuals.

Moore told CBC Radio the key metrics including wastewater data and the rate of hospitalizations.

"We certainly have the peak behind us," Moore said. "We were worried about a rebound and that's why we've been watching the data so closely and we've been opening in a phased manner ... [but] I don't anticipate a significant rebound in cases."

Masks will remain in place for at least two weeks after the other policies expire, but he told Canadian news outlets that he is considering ditching masks next. The Canadian Press asked more than a dozen hospitals in Ontario if they would lift their vaccination policies. They all said no, the CBC reported.

The Trends Journal reported on missteps taken by Ontario Premier Doug Ford's government. In August, he faced swift backlash when he announced plans to extend the COVID-19 measures. After a public thrashing by medical professionals and law enforcement, his government retracted the new guidelines the following day.

Yahoo!Canada reported that Ford sought to close playgrounds and give new powers to police to “randomly stop any pedestrian” to inquire about their home address or where they’re headed. But the report noted many residents said they would not comply with the rules.

TRENDPOST: As with most lockdown orders imposed on entire populations that have been dictated by politicians, ignored are the facts of who is dying from the virus and why.

In Ontario, where Mr. Ford ordered people to “stay home because the situation is extremely serious and we need to hunker down right now,” some 88 percent of the virus victims are over 70 years of age.

In addition, over the past two years, of a population of 14 million, there were 12,230 registered COVID deaths in Ontario.

Thus, rather than take measures to protect those who are most vulnerable, instead, millions of lives and livelihoods were destroyed by draconian rules that have proven ineffective.

And with anti-vax protests escalating and elections on the near horizon politicians will be winding down the COVID War as we had forecast several weeks ago.