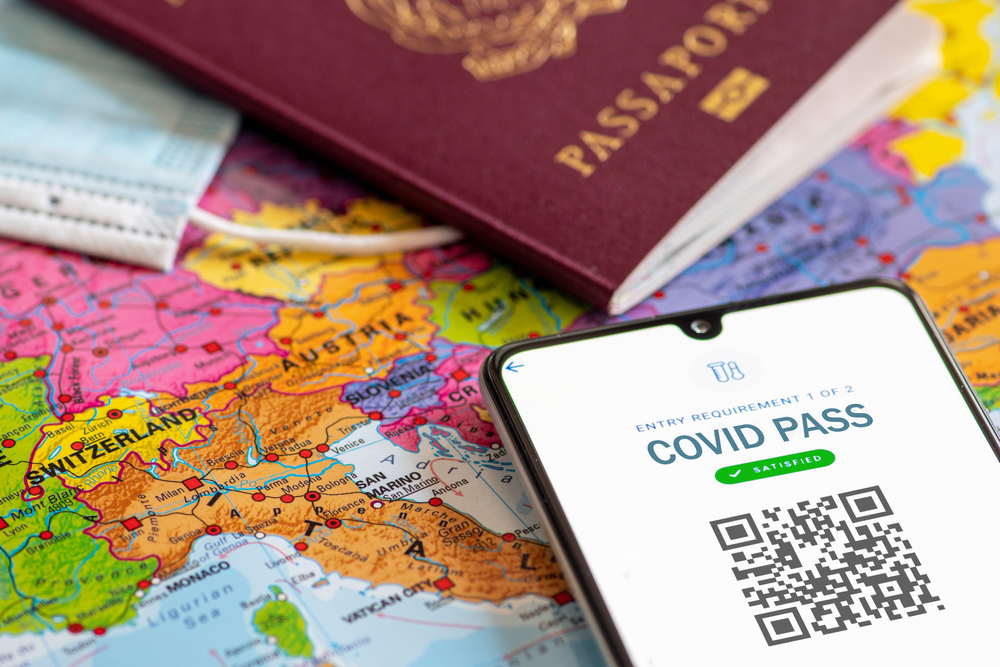 Italy’s cabinet has mandated university students and school and university staff to present a Green Pass, which is intended to show proof of either at least one shot of the COVID-19 vaccine or recovery from the virus within six months.

France 24 reported that the pass will be required for all teachers and passengers taking public transportation. The Green Pass will be mandated at all museums and restaurants with indoor seating. Rome has extended the country's national state of emergency until 31 December.

The report, citing local media, said that any employee who cannot present their cards will face suspension or have their pay frozen. The report, citing Patrizio Bianchi, the education minister, said up to 90 percent of school personnel may have been vaccinated.

The Trends Journal has reported extensively on protests that broke out in other countries over these passes. On 3 August, in “ITALY: NO GREEN PASS, NO FREEDOM,” we reported that the pass must be shown for admittance to stadiums, museums, spas, casinos, and cinemas, as well as gyms and swimming pools. It's also required for indoor dining at restaurants.

Businesses and customers who are caught breaking the rules could face fines of up to $1,200, according to the BBC. Those in violation multiple times could be forced to close for 10 days.

We have long predicted that governments will begin to require health passes to resume a post-COVID “normal life.” (See “EURO ‘DIGITAL GREEN PASS’ GAINING SPEED,” and “ISRAEL: NO VACCINE, NO GREEN PASSPORT.”)

We summed up the initiatives: “No COVID Jab, no Freedom.”

We also pointed out that the initiative has received some criticism.

Matteo Salvini, the head of The League, said he has not been vaccinated. He blasted Mario Draghi, the former Goldman Sachs banker, who decided to exclude “30 million Italians from social life.” Salvini said he refused to see someone chase his 18-year-old son with a syringe while migrants arrive in Sicily without any proof of their COVID-19 status.

But, according to the ANSA.it article, “Salvini gets COVID jab,” the little League player was vaccinated in Milan on 23 July.

This past weekend, ANSA reported that thousands marched at an unauthorized demonstration in Milan to voice opposition to the Green Pass. Some wore yellow star badges that read "not vaccinated."

And as Politico reported on Friday:

“In the beach town of Alghero in Sardinia, a rebellious bar owner, Gianfranco Passero, hung out a star of David, with a message: ‘Since 1961, today, tomorrow, always, everyone can come in.’

The green pass is a deprivation of rights and a reminder of the segregation enforced by fascist Italy’s racial laws against Jews,’ he said.

“‘I am offering solidarity to those who freely and legitimately choose not to get vaccinated and not get the green pass," he said. He already had fewer clients that day, chalking it up to the unwillingness of people ‘to get a test every 48 hours just to go to the bar.’”

TRENDPOST: Never is there a mention in the media regarding the inaccurate statements that are being made by so-called “health officials” and politicians regarding the COVID Jab and those who refuse to get it.

For example, Draghi once said “Not getting vaccinated is an appeal to die.”

Is it? Who’s dying from the virus?

Statista reported that more than 85 percent of the country’s 128,000 deaths were patients 70 years and older. There have been 68 million doses of the vaccine distributed as of August 2021. There are about 60 million people in the country.

And, as with all these statistics, there is no reference concerning details of the 2.6 (on average) pre-existing comorbidities those who died from the virus were suffering from.

We again note these facts that the media, politicians and “health experts” continually ignore to illustrate how all over the world, nations have imposed strict mandates and rules on entire populations despite only a small demographic dying from the virus. And there is never a mention nor are their mandates being imposed to address and assist those most vulnerable to COVID 19 and the variants.

TREND FORECAST: The COVID Pass mandates will negatively affect the restaurant, hospitality, entertainment, and travel sectors. This will in turn bring Italy, which had still not recovered from the Panic of ’08, into deepening economic distress.

TREND FORECAST: As we have detailed in previous Trends Journals, Italy’s Five Star Movement and the League—who had sold themselves as being anti-euro and anti-Eurozone, pledging to break Italy from the globalist dictate—has sold out.

Therefore, to fill the gap, we forecast there will be a new Italian movement that will unite under a Freedom banner of anti-vax, anti-tax, anti-immigration, anti-establishment, anti-Eurozone, and anti-euro.