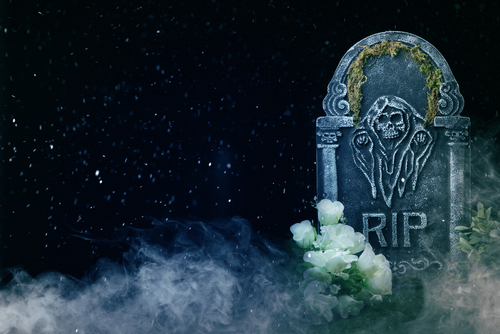 The COVID-19 War was launched by China in January 2020, during its Lunar New Year, the Year of the Rat. And despite the few hundred deaths in the communist nation at the time—there are just 4,636 deaths to date out of a population of 1.439 billion people—the World Health Organization declared it a "pandemic" in March 2020.

Following China’s footsteps, Italy was the first Western nation to lock down... and continues to impose the most draconian COVID War mandates in Europe.

It was reported back then that Italy had been severely affected; the disease was thought to have been spread by Chinese workers in Prato, in the Tuscany region, where tens of thousands of Chinese have populated the textile and garment factories since the late 1980s, with many traveling back and forth between there and China.

In that "first wave," Italy's death toll from COVID-19 far exceeded China's; by May 2020, Italy had logged over 31,000 fatalities. That toll continued to mount, and was instrumental in fueling the world's hysteria over the virus.

In October 2021 Italy's official COVID-19 death tally stood at over 132,000. But it was around that time that rumors —which had been circulating since March 2020; see "THE NUMBERS DON'T ADD UP" (14 Apr 2020)—began to gain traction that the COVID death rate was being exaggerated.

Based on a report from Italy's Higher Institute of Health, published around 20 October, they claimed that, of alleged COVID fatalities, co-morbidities were absent in only 2.9 percent. With co-morbidities factored out, the actual COVID death count would be under 4,000. All the others had between one and five pre-existing diseases.

TRENDPOST: Are America's figures any different? In "BUY THE COVID HYPE, AVOID THE FACTS" (9 Sep 2020), Trends Journal wrote "It’s unknown how many Americans whose death certificates list COVID-19 as the cause of death actually died of a serious underlying health issue but tested positive for the virus."

"Testing positive for the virus" brings up another angle: Just how reliable are the tests? Consider these: "FLAWED COVID TEST RESPONSIBLE FOR 'MASS HYSTERIA'" (12 Jan 2021) and "WHO ADMITS: COVID TESTS FLAWED" (26 Jan 2021).

Attempts to find corroboration encountered a virtual wall of "fact-checkers" who said the health institute's report had been "misinterpreted" by "deniers," and often (predictably!) characterizing anyone doubting the official numbers as part of "the anti-vax conspiracy" and "anti-science"; see "ANTI-VACCINATION MOVEMENT IS GROWING" (9 Sep 2020) and "FACEBOOK: ANTI-VAX BAN" (9 Feb 2021).

But now, despite the fact-checkers maintaining their position, there is more and more acceptance that the numbers are, indeed, a matter of interpretation, but not necessarily misinterpretation. Articles appearing in, for example, Summit News on 4 November, Natural News on 3 November, and American Thinker on 6 November see the discrepancy in numbers as reflecting the key distinction between those who died from COVID and those who died with COVID.

The preponderance of fatalities were persons who already had serious medical issues. More than 67.7 percent had more than three unresolved chronic diseases, including heart failure and lung disease. Many were on immune suppressants, including 16.3 percent who were on immunosuppressant chemotherapy and radiation and at the end of the 3-to-5-year average chemotherapy survival rate. 23.5 percent had dementia; see "DEMENTIA-COVID CONNECTION" (16 Feb 2021).

So the case can be made that any respiratory infection would likely have hastened their demise. As Andrea Widburg remarks in American Thinker, the virus "increased their vulnerability to the things that were already killing them," and that "if you do as the Italian government did and strip away age and comorbidities from the death count, COVID is just another flu for most people." Widburg also asks, "When will the CDC correct its COVID death counts, as Italy just did?"

TRENDPOST: It might be revealing to subject the Italian death numbers to the kind of analysis Trends Journal reported on in "NEW ANALYSIS: CRITICAL ERRORS IN COVID DEATH TOLL" (1 Dec 2020); if, while COVID death counts increased, deaths from causes like heart disease and cancer were reduced, that's a strong indicator that COVID caused no "excess deaths," and that listing all those people as COVID fatalities was based on a mis-classification.