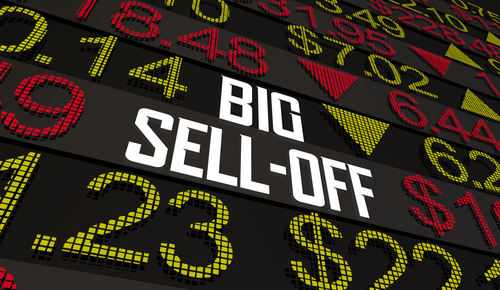 The price of emerging economies’ bonds has cratered, with the benchmark JPMorgan EMBI Global Diversified index falling 15 percent so far this year, its worst performance through late May since 1994, the Financial Times reported.

Investors have yanked $36 billion out of developing nations’ bonds so far in 2022, the FT said.

“It’s the worst I can remember across the asset class and I’ve been doing [emerging markets’ bonded debt] for more than 25 years,” Brett Diment, chief of global emerging market debt at Abrdn, told the FT.

Now inflation and rising interest rates are making it harder for those countries to make their debt payments.

At the same time, a global economic slowdown is cutting demand for the exports of raw materials many of those countries depend on for revenue.

Geopolitical risk related to the war in Ukraine, an underlying fear that China might invade Taiwan, and the economic damage done by China’s current COVID shutdown also has helped to wither interest in the sector, in which investors include China, economist Jonathan Fortun at the Institute of International Finance (IIF), explained to the FT.

Due to such uncertainties, the billions of dollars that have flowed into Chinese bonds during the COVID War are now flowing out.

In March and April, more than $13 billion exited China’s bonds and more than $5 billion parted from the nation’s stocks, the IIF said.

“We are penciling in outflows from China for the rest of this year,” Fortun noted.

Not all countries have seen their bond values crater.

Hungary, close to the Ukraine war and dependent on Russian oil and gas, has seen its bond prices drop 18 percent. In contrast, bonds issued by Brazil, a major food exporter, have shot up 16 percent in price this year.

Developing nations’ bond prices will stop sliding only when central banks take their attention from battling inflation and focus instead on promoting growth, David Hauner, in charge of emerging market economics at Bank of America Global Research.

“That may happen some time by autumn but it doesn’t feel like we’re there yet,” he said to the FT.

If that balance is not reached, the U.S. is likely to enter a recession next year, putting a drag on the world’s economy and driving emerging markets’ bond prices lower still, he said.

If you currently are invested in emerging markets’ bonds, “at best you’ll make zero; at worst, you’ll lose money” in 2022, he added.

Our comment in “Strong Dollar Threatens Developing Nations” (27 Jul 2021) still stands: rising interest rates and a strong dollar will write yet another chapter in developing nations’ chronic debt crisis, consigning millions of people to poverty and sparking political turmoil across the southern half of the globe.

However, in this new chapter, developed nations are struggling to manage their massive new COVID-related debts, choking on inflation, and watching their own economies slow.

They will have less inclination, or ability, to bail out failing nations south of the Equator.

The exception is China, which will use the crisis to continue to distribute cash to countries it sees as strategically advantageous to its trade and geopolitical ambitions.

As a result, China will capitalize on the crisis to expand its global influence and secure future supplies of key minerals and other materials needed to maintain its manufacturing empire and develop its consumer economy.

TRENDPOST: Beyond the Emerging Market crisis, Instead of beginning to empty its bond portfolio before raising interest rates, the European Central Bank (ECB) will hold onto them, the bank announced.

By holding the bonds at rock-bottom interest rates instead of releasing them to the open market, the ECB actions hope to ease financial strains on the Eurozone’s most deeply indebted nations.

“I don’t expect any discussion” on the ECB’s bond holdings “at least for the remainder of this year and into the next,” Klaas Knot, governor of the Netherlands’ central bank, told The Wall Street Journal.

Knot is a member of the ECB’s governing council, which sets interest rates and decides the bank’s management of its bond investments.

“That implies that we will have a large balance sheet for some time to come,” he said.

The ECB’s bond portfolio currently stands at about €8.8 trillion, the equivalent of about $9.3 trillion.

The U.S. Federal Reserve owns about $8.9 trillion in government and mortgage-backed bonds.