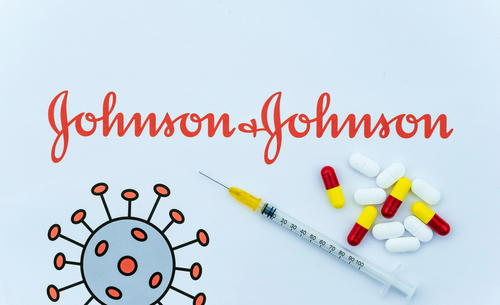 The Food and Drug Administration announced last week that it will strictly limit the use of Johnson & Johnson’s COVID-19 vaccine due to the risk of a serious blood clotting disorder that has resulted in at least nine deaths.

The agency has stressed that the clotting condition called thrombosis with thrombocytopenia syndrome is extremely rare, but said its decision “demonstrates the robustness of our safety surveillance systems and our commitment to ensuring that science and data guide our actions." (See “J&J FACES LAWSUIT FROM BLACK WOMEN WHO SAY DANGEROUS PRODUCTS WERE PURPOSELY MARKETED TO THEM.”)

CNN reported that as of Thursday, more than 18.7 million people have received the J&J vaccine in the U.S. Scientists have identified 60 cases as of mid-March.

"Data continue to support a favorable benefit-risk profile for the Johnson & Johnson COVID-19 vaccine in adults, when compared with no vaccine," a J&J spokesman said in an emailed statement to CBS News.

The Centers for Disease Control and Prevention’s vaccine advisory committee in December issued an updated recommendation for the J&J vaccine and said it prefers the use of “mRNA COVID-19 vaccines over the Janssen adenoviral-vectored COVID-19 vaccine in all persons” older than 18 in the U.S.

The J&J vaccine, unlike the vaccines from Pfizer and Moderna, does not utilize an mRNA method to create an immune response in the human body.

The J&J shot is authorized for those aged 18 and above and the new limit is for people who cannot access the mRNA vaccines or “who elect to receive the Janssen COVID-19 Vaccine because they would otherwise not receive a COVID-19 vaccine.”

The agency has identified 60 confirmed cases of the blood clots, which is about three cases for every million, and 0.48 deaths per million doses. About 18 million J&J doses have been administered, compared to more than 200 million for Moderna and more than 300 million for Pfizer.

The FDA said part of its decision was based on some of the unknowns.

The Wall Street Journal reported that scientists “don’t know what risk factors lead to vaccinated patients developing the syndrome. The agency said the syndrome is hard to treat and the illness “can cause patients to deteriorate rapidly, even if a doctor diagnoses the condition rapidly.”

Dr. Peter Marks, the FDA vaccine chief, said scientists found that the risk is limited to J&J’s shot in the first two weeks after vaccination.

“So if you had the vaccine six months ago you can sleep soundly tonight knowing this isn’t an issue,” Marks said. “But compared to no vaccine, this is still a better option."

TRENDPOST: The Trends Journal has reported in great detail how the “Operation Warp Speed” inoculations were rushed to market and the pressure that the general public faced to take these shots. (See “YOU ARE WRONG IF YOU BELIEVE ALL VACCINES ARE SAFE AND EFFECTIVE.”)

Shortly after the J&J vaccine's debut in the U.S., officials briefly halted its use out of concern over the risk of blood clots. The condition has also been linked to the AstraZeneca vaccine, which is not approved for U.S. use. See "ASTRAZENECA VAX STILL UNDER FIRE" (13 Apr 2021).

We noted that “After reports of several Americans developing blood clots some two weeks after getting jabbed with the 'Operation Warp Speed' Johnson & Johnson single-dose COVID Vax, U.S. Federal health agencies recommended a 'pause' in giving the shots. Following the U.S. decision to halt the jab, Johnson & Johnson announced, 'We have been reviewing these cases with European health authorities...and have made the decision to proactively delay the rollout of our vaccine in Europe.'"