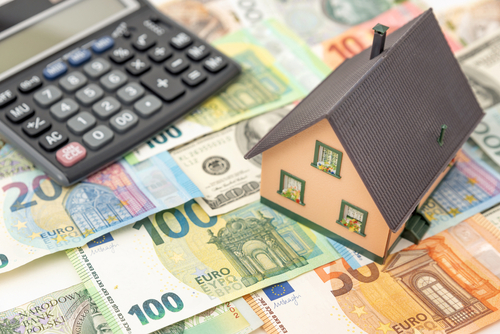 Europe’s real estate investors are top-heavy with debt, according to a report by The Wall Street Journal.

Publicly-traded companies invested in real estate hold an average debt 14 times higher than their projected earnings before interest, taxes, and amortization, compared to six times in the U.S.

Industry-wide, borrowing costs in Europe have reached an average of 4.4 percent per year, while yields on prime office buildings in urban centers such as Madrid and Paris are returning an average of 3 percent annually.

Even owners of e-commerce warehouses are finding a negative return, although rents for these properties are increasing, boosting owners’ margins.

However, the inverted figures are less likely to cause a property market meltdown as they did in 2009 during the Great Recession.

One reason: property owners have borrowed less from banks, whose loans have relatively short maturities.

Since 2009, the amount property owners borrow through long-term bonds has tripled as the number of bank loans has dwindled.

Still, about 15 percent of that debt is maturing each year and must be refinanced, the WSJ noted.

The current rising interest rates will eat an extra 3 to 7 percent of property owners’ returns, depending on the kind of properties they own, according to calculations by the Bank of America.

Owners of office buildings and shopping centers in Europe probably will be unable to make up that loss by raising rents, because rental demand for those properties has weakened, the WSJ noted.

Those glum figures reduced purchases of commercial real estate on the continent by 9 percent, year on year, during this year’s second quarter, the WSJ found.

Vonovia and Unibail-Rodamco-Westfield, two of the continent’s largest owners of commercial real estate, are planning to sell billions of euros’ worth of properties to put their balance sheets in order, the WSJ reported.

TREND FORECAST: Because of the industry’s whopping debt load compared to earnings, Europe’s commercial landlords face a much more grave crisis than their U.S. counterparts. And, the higher interest rates rise, the deeper the economic contraction.

As we have noted in a range of articles over time, remote work will permanently shrink the number of downtown retail and service businesses, leaving those property owners slashing rents to attract tenants and, increasingly, renting out spaces to pop-up stores or as mini-warehouses for e-retailers bent on same-day deliveries to their customers.