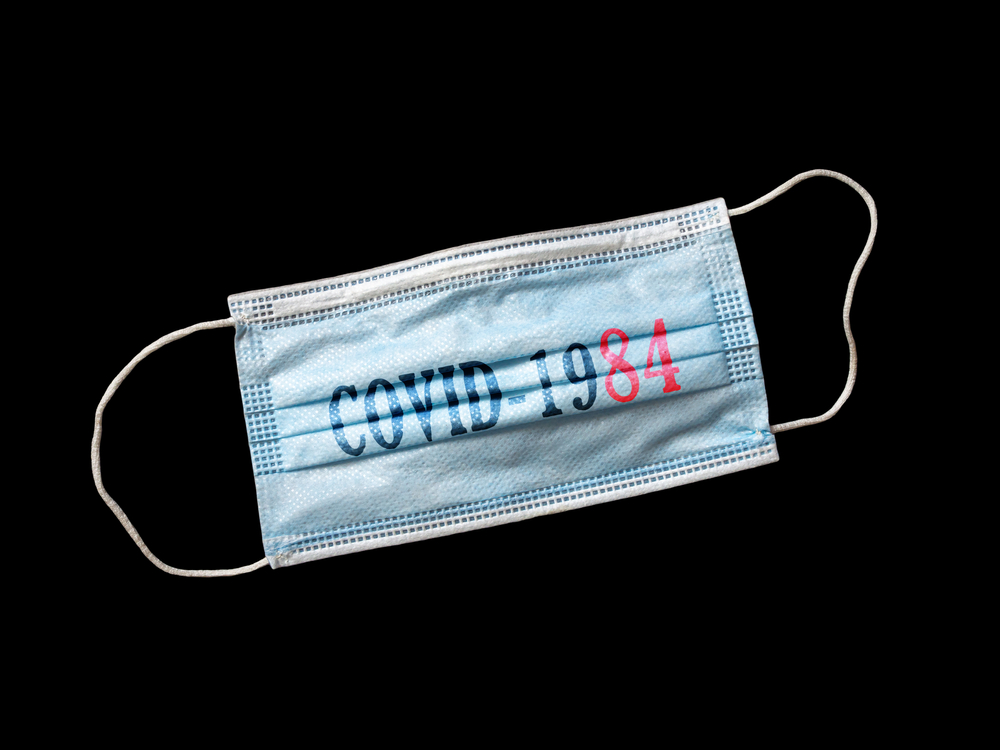 Sir Thomas More was 500 years ahead of his time. His fictional dystopian state of great suffering and injustice has become the New ABnormal reality.

And, as we have been writing since the COVID War was launched in January 2020, this tyrannical New ABnormal has been created by the corporate media and dictatorial politicians that have spread rampant fear, terror and distress across the globe.

We had warned in recent months that as the COVID War wound down and societies began to reopen, COVID War 2.0 would be launched.

COVID 19 is history. The Delta variant is the Presstitute and politicians new mass murderer.

The Wall Street Journal, in a 14 July article informed by data from Johns Hopkins University and the Centers for Disease Control and Prevention, reports that the current U.S. daily average of COVID-19 cases has roughly doubled in the past 3 weeks, up to 23,000 from 11,300.

While selling the fear and hysteria, not a peep from the Presstitutes of the inaccuracy of the PCR tests which we have been detailing for a year and a half in the Trends Journal.

Here are a few:

And while the media whores, bureaucrats and politicians keep promoting the new “cases” the numbers are nowhere near the 240,000 cases per day that were being reported in January.

And, to push their, “You must get vaxxed” campaign, the media promotes their favorite epidemiologists and self-acclaimed public health officials who fear a surge in localized outbreaks this summer, especially in those areas and demographics where vaccination rates have significantly fallen.

In Los Angeles County, the Wall Street Journal reported, new cases recently exceeded, for the first time in months, 1,000 per day for 3 consecutive days. But officials there say that the majority of those cases (e.g., 83 percent of the 1094 new cases logged on 10 July) are among those under 50 who are still unvaccinated.

County officials also blamed the rise on the increased interaction and socialization that accompanies summer, as well as on the Delta variant, thought to be more transmissible and now the most dominant nationwide.

To fight the variant, and despite CDC recommendations to the contrary, Effective at midnight 17 July, L.A. County dictators ordered its indoor mask mandate reinstated, vaccination status notwithstanding, for an as-yet undetermined time.

New cases are on the rise across the country, according to Johns Hopkins, as are hospitalizations. Last January the 7-day average of COVID hospitalizations reached a high of 125,000, falling to a low in June of around 12,000, but now that average is back up to around 13,200.

The death rate is not keeping pace, however. According to Johns Hopkins, the 7-day average for COVID deaths is 255, a statistic that's not given much prominence in the WSJ article, nor are any figures offered for comparison or perspective.

Indeed, seven months ago, on 20 January, according to https://covidtracking.com/, there were 4,409 COVID deaths. Yet, this fact is totally ignored and the hype of the Delta variant is the headline news.

And, as for who is actually dying from the virus, even before the advent of the Delta variant, there was plenty of suspicion that the death rate numbers were something other than unassailable. See, for example, the 14 April 2020 Trends Journal article "THE NUMBERS DON'T ADD UP."

But whether in L.A. County or in Missouri (another area cited in the article as experiencing a new surge in COVID cases), the establishment culprit is still found to be the slowdown in people lining up to be vaccinated and the attitude of people who seem to believe, because of the lifting of masking and social distancing requirements and increased freedom to travel, that the danger is largely past and life has more-or-less returned to "normal."

Such "complacency" has dropped the average number of vaccinations administered daily from a high in April of almost 3 million to the current 420,000 or so. Although some 58 percent of U.S. adults have been fully-vaccinated, the numbers vary greatly by region.

That's why Dr. Anthony Fauci, America’s anointed foremost authority on all things COVID, believes that local officials should have the "discretion" to re-impose mask requirements and other measures. And the areas where vaccination numbers are "stubbornly low" are predominantly in the South. Seven of the ten states with the lowest vaccination numbers are in the South; the lowest is Alabama.

TRENDPOST: What has kept people from embracing vaccination as the nostrum for our COVID woes is, according to authorities, "mistrust." Apparently, there are just too many people who remain reticent to fall into the compliance of getting injected with an Operation Warp Speed, gene therapy jab that has not been approved by the U.S. Food and Drug Administration... despite the proclamations of their wise and beneficent government that it will make them live happily ever after.