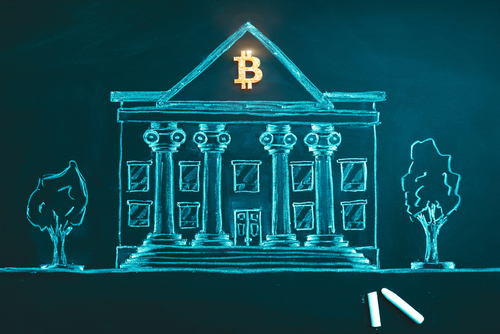 The Global Financial Markets Association (GFMA), a trade group of banks such as JP Morgan Chase and Deutsche Bank, and five other financial lobbying groups are objecting to a rule proposed by the Basel Committee for Banking Supervision that would require the banks to have $1,250 cash in reserve for every dollar’s worth of Bitcoin they own. (See our article “Regulators Urge Tightest Rules for Crypto,” 15 June, 2021.)

The Basel group was formed by several central banks and the G20 group of nations to set standards for global banking practices.

However, if Bitcoin is regulated so stringently, banks will be unable or unwilling to hold crypto, relegating the currencies back into shadier corners of the financial world, the GFMA wrote in a 21 September letter to the Basel regulators.

“We find the proposals…to be so overly conservative and simplistic that they would preclude bank involvement in crypto asset markets,” the letter said.

The regulatory agency also viewed stablecoins so narrowly that they would effectively fall under the same capital reserve standards as Bitcoin, the letter added.

Stablecoins are cryptocurrencies with values tied to some more stable asset, such as the value of gold or a national currency.

If the regulators permitted a 0.25 percentage-point differential between a stablecoin and its related asset – not the 0.1 percent the regulators proposed – banks would find it more practical to handle digital assets, the letter said.

In addition to the GFMA, the letter was signed by the Chamber of Digital Commerce, Financial Services Forum, Futures Industry Association, Institute of International Finance, and International Swaps and Derivatives Association.

TREND FORECAST: The Banksters want their share of the $2 trillion plus crypto market and will do what they can to get it. Thus, in many nations where there is not tight government control Bitcoin and other major cryptocurrencies may become part of the financial system as already evidenced with El Salvador. (See “SPOTLIGHT: CRYPTOS GO MAINSTREAM,” 17 September 2021)