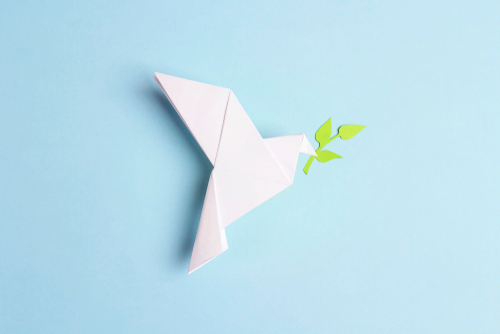 Ukrainian President Volodymyr Zelensky on Monday complained that he is beginning to feel more pressure to negotiate for a peaceful resolution to the conflict with Russia.

“Of course, everyone wants to push us a little towards some kind of result, definitely unfavorable to us, because they don’t ask us yet, but it’s beneficial for certain parties that have their own interests, both financial, and political ones,” Zelensky told reporters, according to RT.

He said he has no plans to negotiate.

“Fatigue is growing, people want some kind of result for themselves, and you and I need a result—for us,” he said. “Thus, I did not discuss with them the structures for resolving the issue of this war with a positive result for us."

Zelensky did not specify exactly what parties are beginning to grow impatient with the war but some high-profile people have recently said that Ukraine should consider some kind of concessions to achieve peace.

Zelensky and his closest advisers have been adamant that they will not cede one inch of the country to Russia, despite Russian forces and separatists now controlling about 20 percent of the country.

The Ukrainian president visited the Donbas region on Monday. He greeted his forces in Lysychansk, one of the last cities in Luhansk that Ukrainians fully control, The Wall Street Journal reported. The city is near Severodonetsk, the center of the fight for control of the Donbas area, the report said.

“Our heroes hold their positions in Severodonetsk. Fierce street fights continue in the city,” he said.

Vladimir Solovyov, also known as “Putin's voice” on Russia1, said the decision by Western countries to provide Kyiv with advanced rocket systems means it is only a matter of time before nuclear war breaks out between Russia and the West.

“I hope we'll live through this,” he said, according to The Daily Mail. “If everything keeps progressing the way it is, only a couple of mutants in Lake Baikal will survive. The rest will be destroyed in a massive nuclear strike.”

“Because if NATO decides they can place whatever they want on our borders, they'll be sending more and more of American weapons to Ukraine, Ukraine will fire and end up hitting one of our nuclear power plants, and here we go,” he said. “The process will quickly become uncontrollable. Everyone will get more than they asked for. Bang! And there's nothing left.”

TREND FORECAST: Gerald Celente has accused Zelensky of needlessly prolonging the war that will lead to more deaths and punishment inflicted from the more-powerful Russian army.

Before the Ukraine War began, Celente pointed out that Napoleon sent 422,000 "brave" young men to defeat Russia and 410,000 were killed. He also pointed out that Hitler’s Operation Barbarossa campaign killed some 25 million Russians in World War II, yet the Russians defeated the Germans.

“You think Biden & NATO can beat Russia? Stop the senseless murder!” he posted. And Mr. Celente is among the very few calling for peace, and for nations to stop sending military armaments to Ukraine and end the needless death and destruction.

Agreeing with Gerald Celente’s forecast that Ukraine will lose the war, but absent the mainstream media, The National Interest magazine featured an article by Hugh De Santis who was involved in monitoring NATO and arms control policy during the Reagan administration.

Noting that it would be best for Washington to pressure Kiev to negotiate a peace deal to end the war, De Santis said “A Ukrainian military victory is not in the cards, and a negotiated outcome is the only realistic goal.”