“YOU CAN NEVER BE WOKE ENOUGH”: HOW ELITES ARE CREATING A DISSOCIATIVE POPULACE 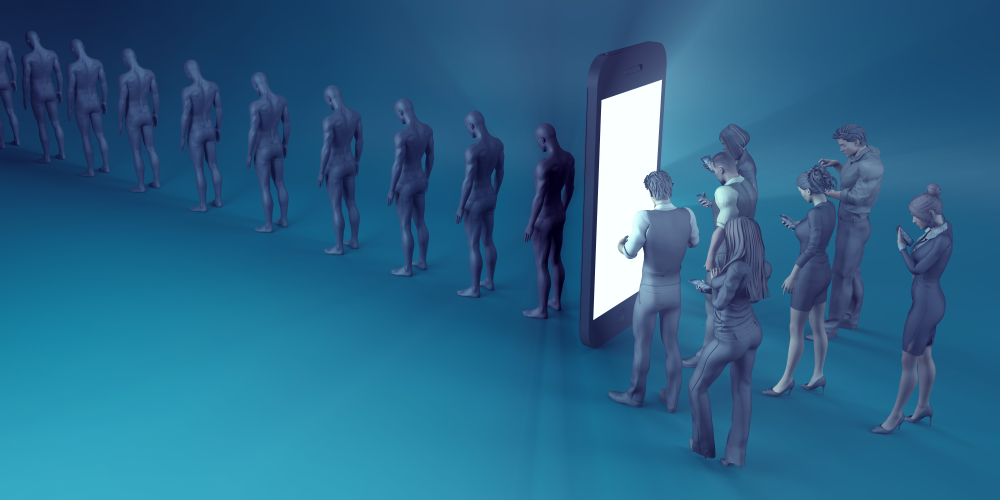 How much do facts and logic matter in the current wars radically transforming every aspect and detail of our lives?

Some are arguing not at all, and they may be right.

Technocratic elites are not waging a war of facts. They are engaged in psychological warfare on a scale Americans have never before experienced.

Their object is to attain a level of control where citizens dissociate from their own experience and knowledge, and accept the State and its technocratic “experts” as the sole arbiters of reality.

The psychological war can be seen across many battle fields including:

Cultural observer and author Jay Dyer recently observed that 1984, the great novel predicting a future totalitarian dystopia, wasn’t primarily about the technical innovations by which people would be controlled. The book was a treatise in psychological torture and reprogramming. The object was to bring the protagonist, Winston Smith, to a point where he only accepted as true or real what “Big Brother” (ie. the technocratic state) endorsed as true and real.

In other words, no personal observation, no use of logic, no call to historical veracity or empirical evidence, and no moral or ethical consideration was to be used to assess and understand reality.

Smith was re-educated, via systemic psychological and physical torture, to disassociate from any apprehension of reality apart from what the technocratic state posited as reality, on a day to day, and indeed, moment to moment basis.

The Modern Moment of Dissociative Reality

A dissociative psychological state, where a person feels deadened and detached from their life, their own physical senses, their memories and sense of self, is a noted outcome of sustained brainwashing, imprisonment and torture.

A dissociative break can result when people are pressured or tormented into denying things which they know are true.

In the famous example from 1984, Winston Smith is tortured until he not only is willing to state that “two plus two equals five”, but believes it, though it impossibly contradicts his own obvious apprehension and knowledge.

There are many analogies to “two plus two equals five” being promulgated by technocratic authorities in government and society today. But as important as naming the examples themselves, is calling out the coercive techniques being used to induce people into dissociating from their own knowledge and understanding.

Some of the current social techniques include:

Needless to say, the above examples are indications of a radicalization of society, in service of the powers endorsing and carrying out such techniques. In America today, almost all cultural, educational and political and even religious institutions have been co opted into actively using these techniques to coalesce all authority in the technocratic state.

Joe Rogan, an icon known for the most listened to podcast in the world, recently articulated some of the pressures the technocratic state is capable of exerting:

“You can never be woke enough, that’s the problem, it keeps going, it keeps going further and further and further down the line. And if you get to the point where you capitulate where you agree to all these demands, it will eventually get to straight white men are not allowed to talk. Because it’s your privilege to express yourself when other people of color have been silenced throughout history. It will be you’re not allowed to go outside because so many people were imprisoned for so many years.

“I mean, I’m not joking, it really will get there. It’s that crazy. You know, we just got to be nice to each other, man. And there’s a lot of people that are taking advantage of this weirdness in our culture, and then that becomes their thing. Their thing is calling people out for their privilege, calling people out for their position. You know, it’s so f***ing crazy times.”

Rogan has come under increasing censorship and pressure to ban verboten personalities from his show, and to recant his own opinions regarding vaccines, the biological sexes, transgenders competing in sports and more.

Calling out psychological manipulation, and holding those who engage in it to account, is the first step to fighting the war on the right battlefield. No idea, no “reality” worthy of the name should require brute force or social systems of coercion to prevail.

Those who argue “misinformation” requires banning, suppression and de-personing are not only engaged in propaganda. They are the current “woke” thug enforcers of a dissociative state.