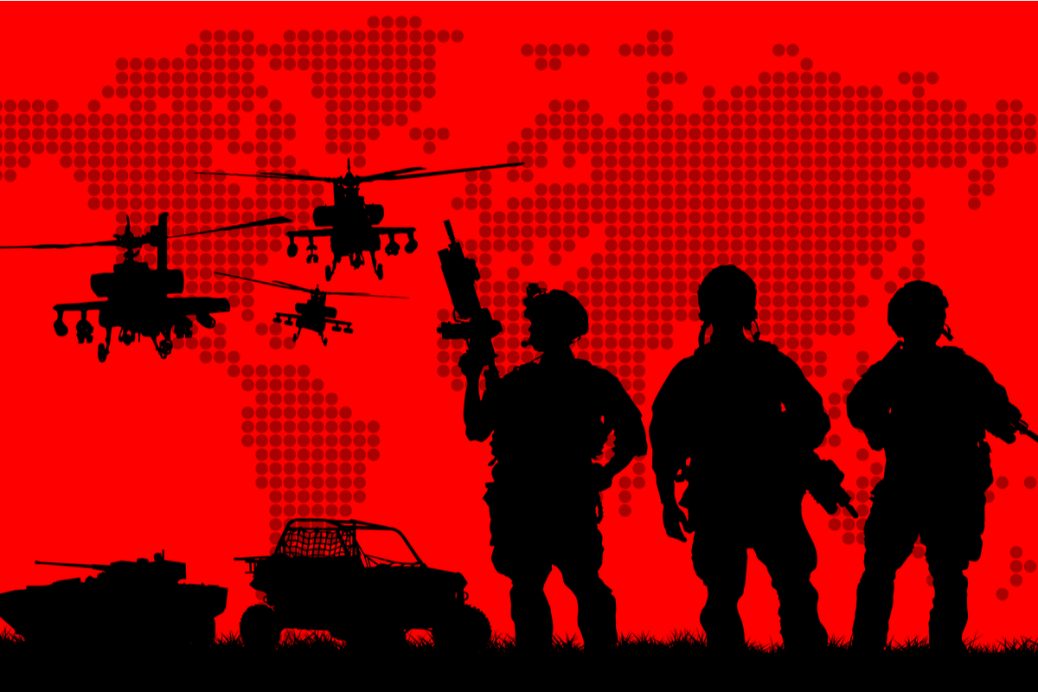 As a result of the tens of billions of armaments, heavy weapons and advanced systems supplied to the Ukrainian military by the United States and its allies to fight the Russians, Moscow’s advances have been halted in many areas of Ukraine, and they are reportedly suffering great losses of personal and military equipment.

And, as clearly evidenced by U.S. Congressional leader Nancy Pelosi and the congressional crew that traveled to Kyiv this weekend, the ramping up of the war that Moscow launched on 24 February will escalate and Washington will be front and center in the fight against Russia: “Our delegation traveled to Kyiv to send an unmistakable and resounding message to the entire world: America stands firmly with Ukraine. We stand with Ukraine until victory is won. And we stand with NATO.”

Pelosi told the Ukrainians, “Do not be bullied by bullies. If they’re making threats, you cannot back down. We’re there for the fight, and you cannot fold to a bully.”

Jason Crow, a congressman from Colorado and former Army Ranger put the U.S. front and center into the war by stating, “We have to make sure the Ukrainians have what they need to win… The United States of America is in this to win, and we will stand with Ukraine until victory is won.”

TREND FORECAST: America is at war with Russia. Last week, U.S. Defense Department head, Lloyd Austin, a former Army general and board member of Raytheon, America’s second largest defense contractor, said the U.S. is in a “fight” with Russia, and aimed to “weaken” it.

Appearing on CBS “Face the Nation” this Sunday, Illinois Congressman Adam Kinzinger said he “just introduced an AUMF, an Authorization for the Use of Military Force, giving the president basically congressional leverage or permission to use it if WMDs, nuclear, biological or chemical are used in Ukraine.”

Beating the war drums louder, Texas Congressman Michael McCaul, appearing on ABC’s “This Week”, declaring, “Time is of the essence” for Congress to pass Joe Biden’s $33 billion bill to send more weaponry, intelligence, financial assistance etc., to Ukraine, because, “The next two to three weeks are going to be very pivotal and very decisive in this war. And I don’t think we have a lot of time to waste.”

TRENDPOST: The Trends Journal has reported since the outbreak of the war that Ukraine has benefited from these transfers. (See “WAR IN UKRAINE ECONOMIC OVERVIEW,” “WHITE HOUSE ASKS FOR $32.5 BILLION TO FIGHT UKRAINE WAR AND COVID WAR,” “WEAPONS POURING INTO UKRAINE, NO TALK OF PEACE, JUST MORE AMMUNITION” and “ZELENSKY SAVES HIS BEST ACT FOR U.S. CONGRESS DURING VIDEO.”)

U.S. officials have changed their objective from helping Ukraine stand up to the much-larger opponent to stating publicly that it wants to see Russia’s military degraded. The West also holds hope that Ukraine could actually withstand the Russian onslaught and turn the troops back.

The Biden administration has said it has no interest in sending U.S. troops to fight with the Russians over Ukraine, but it is willing to provide Kyiv with a historic amount of weapons and aid. A senior defense official told reporters Thursday—shortly after President Joe Biden announced that he will appeal to Congress for another $33 billion in aid, that the U.S.’s position is a “continuation, not an escalation.”

“There there is no change to the president's policy I've no U.S. forces fighting in Ukraine and no change shop policy respect to a no-fly zone,” the source said, according to The Wall Street Journal.

Gen. Valeriy Zaluzhny, the commander of the Ukrainian military, told UPI on Sunday that Kyiv intends to start using newer weapons during the fight—ones that meet NATO’s standards.

The U.S. House on Thursday approved a bill that will enable Biden to employ the WWII-era law that will enable his administration to arm Ukraine at a record pace. Last month, we published an article titled, “UNITED IN RUSSIAN HATE: SENATE VOTES UNANIMOUSLY TO REVIVE LEND-LEASE PROGRAM FOR UKRAINE.”)

The revived WWII-era bill will allow Biden to send weapons to Kyiv without all the “regulations that can slow the process down,” Radio Free Europe reported. The March 1941 Lend-Lease Act, which was signed by President Franklin D. Roosevelt, has been credited as one of the major turning points in the war against Hitler.

The bill was expected to easily pass the House and did so in a 417-10 vote.

“Passage of the act enabled Great Britain and Winston Churchill to keep fighting and to survive the fascist Nazi bombardment until the United States could enter the war,” Rep. Jamie Raskin, D-Md., said, according to The New York Times. “President Zelensky has said that Ukraine needs weapons to sustain themselves, and President Biden has answered that call.”

Ten House Republicans voted against the bill. Rep. Thomas Massie, R-Ky., took to Twitter to post that it was “insane” that Congress “authorized Biden to transfer virtually any weapon of war, other than a nuclear weapon, to Ukraine.

Chancellor Olaf Scholz’s government on Tuesday announced that it would send anti-aircraft tanks to Ukraine, which has been a hotly contested issue in Berlin. Politico.eu reported that more than 20 prominent figures in the country wrote an open letter to the chancellor, urging him not to send these weapons. They wrote that the transfer would essentially “make Germany itself a party to the war,” the report said.

But the report said Scholz has been facing enormous international pressure to send in heavier arms to Ukraine.

“I respect all pacifism and every position,” he said. “But it must seem cynical to the citizens of Ukraine when they are told to defend themselves against Putin’s aggression without weapons. This is out of time.”

But we have been calling for Kyiv to sit down and negotiate for peace. Russia has already identified its demands.

Its top demand is that Ukraine agrees to take a neutral stance and will not apply for NATO membership. Zelensky has already agreed to this requirement.

The BBC reported that Kyiv would also have to disarm, would have to deNazify, and must protect the Russian language in the eastern region of the country.