WITH VIETNAM LOCKDOWN SENDING BUSINESS TO OTHER COUNTRIES, THEY DO AN ABOUT FACE 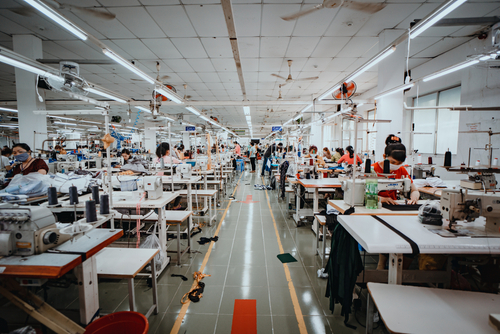 Vietnam has imposed one of the world’s most stringent lockdowns in Ho Chi Minh City and its environs in an attempt to curb the COVID virus’s Delta variant, a move forcing several businesses to produce their goods in other countries.

That message was delivered to Vietnam’s prime minister last week in a letter signed by American, EU, and South Korean chambers of commerce in Vietnam and the U.S.-Asean Business Council, the Financial Times reported.

In recent years, Vietnam has become one of southeast Asia’s key manufacturing centers.

“Businesses need a clear roadmap and a date certain for reopening now,” the letter said.

“Surveys that our associations have conducted show that at least 20 percent of our manufacturing members already have shifted some production to another country, with more discussions under way,” the letter noted.

Members have “calls every night with regional and global headquarters deciding what customers to honor, which to turn away, and what production to shift,” the associations wrote.

After successfully curbing the virus last year, Vietnam was surprised by the Delta surge and is trying belatedly to secure adequate vaccine supplies.

The lockdown, mandated in early July, left companies with few choices other than  housing and feeding workers inside factories or shutting down production, the FT said.

Vietnam announced last week that it will relax COVID-19 restrictions in Ho Chi Minh in response to the wails of business owners and the historic 6.2 percent drop in its third-quarter GDP.

The Financial Times reported that businesses voiced their concerns to Prime Minister Pham Chinh about economy-killing mandates like strict social-distancing mandates in the city.

The services sector saw a contraction at 9.28 percent, according to Reuters. The country had been hoping for a 6.5 percent rise in GDP this year, but will likely see a 3.5 percent-4.0 percent increase, according to estimates.

The report also pointed out that about 90,000 businesses in the country suspended operations or went bankrupt in the January-September period. Ho Chi Minh had enforced a 12-hour curfew from 8 July and a lockdown that resulted in companies being forced to “choose between shouldering the cost of housing and feeding workers in their factories, or suspending production.”

Under the new policy, those in the city will be allowed to leave their homes, restaurants can serve to-go meals and other essential businesses can open.

Al Jazeera reported that residents in Vung Tau city, which is 45 miles outside Ho Chi Minh, cheered when barricades that were set up on the streets to enforce the lockdown were taken down.

“We will have to celebrate this day, that the city is removing the barricades so we can go out again and get back to our normal lives,” one resident who helped remove the barricades said.

The Reuters report said that Vietnam managed the first wave of the virus in 2020 relatively well, but has seen a jump in infections since April. There have been 770,000 cases and 18,936 deaths in the timeframe. Many of the cases were in or around Ho Chi Minh City. About 7 million people in the city of 10 million have received at least one jab, and 3 million are fully vaccinated.

The FT reported that the city will now allow social gatherings of up to 50 if those who attend are fully vaccinated, and will begin to introduce a COVID-19 “green card.” Officials there see vaccines as the key to their success.

"The global economy is on the mend with recovering demand in foreign markets. Vietnam, however, has seen its production capacity and business resilience weakening immensely following prolonged restrictions," Nguyen Duc Kien, head of the prime minister's Economic Advisory Council, told the Sai Gon Giai Phong newspaper. "Vietnam must accelerate approval of homegrown vaccines and soon put them into use."