WILL LUNA UST STABLECOIN CRASH USHER IN US CBDC? 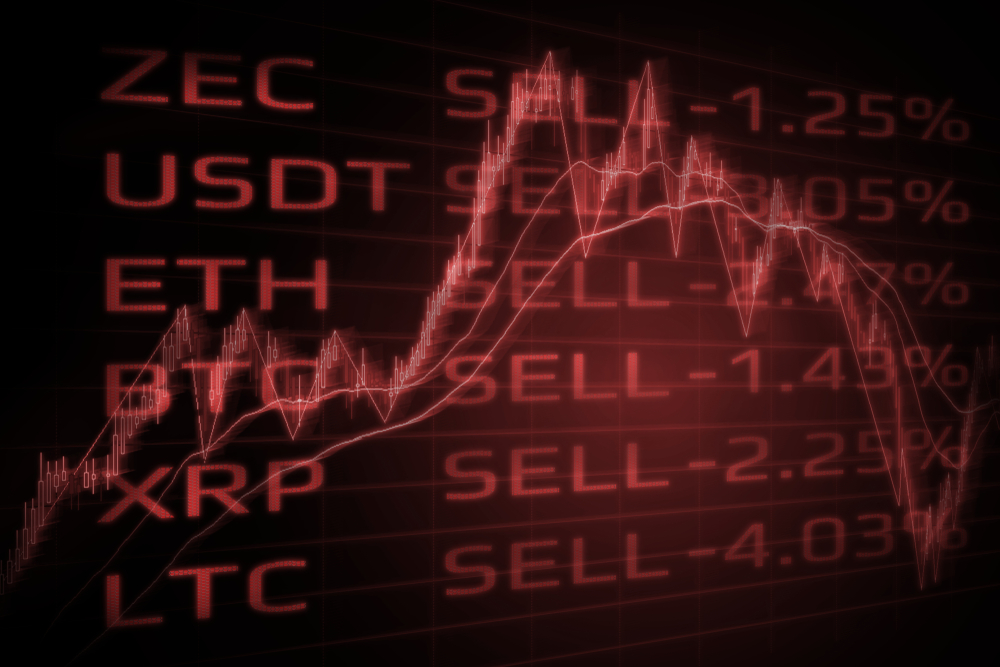 There are literally thousands of articles detailing how the Terra blockchain network and its major stablecoin assets, LUNA (TERRA) and UST experienced the worst flame out in crypto history.

Quick summary (with a nod to The Observer): The trading price of UST, which was designed to maintain a 1:1 peg to the U.S. dollar, dropped to about 98 cents on May 7, and stayed there longer than it should have, based on its algorithmic design.

It created an opportunity which was exploited quickly. Large amounts of UST (worth billions of dollars) were removed from multiple systems, indicating either widespread disbelief in the coin's validity or, as some have speculated, an organized assault to benefit from a massive drop in its value.

The sell-off spiraled into a complete decoupling from the dollar, and the price of UST dropped to about 15 cents midday on May 13.

LUNA fared much worse; it has been trading below a cent since May 12, forcing Terraform Labs to shut down its blockchain.

Think of it as a crypto “bank run,” the scale of which has not been seen before in the sector.

Nic Carter of Castle Ventures [and many others] have rightly observed that it is the most significant collapse in the history of cryptos.

Why it happened is still largely a mystery, partly centered on the disappearance of 42,000 bitcoin (valued at one point at 1.2 billion dollars), that was supposed to be providing some backing for the tokens. It’s possible the bitcoin was burned trying to stem the bloodletting, but that’s not currently at all clear.

Also, there has been much speculation surrounding the backing of other stablecoins, and conspiracy theories are swirling.  It’s no secret that Blackrock, with 10 trillion in assets under management, has a stake in what is certainly now regarded as the most stable stablecoin, USDC.

The specific rumor was that Blackrock and Citadel Securities borrowed 100K BTC from the Gemini crypto exchange and used it to pump and dump UST.

But there’s no evidence of that, and Blackrock, Circle (the company behind Gemini) and Citadel have all denied the rumor.

Blackrock used its official Twitter account to tweet last Wednesday: “Rumors that we had a role in the collapse of UST are categorically false. In fact, Blackrock does not trade UST.”

Some industry insiders say there’s little doubt the “short” attack on UST and Luna was intentional on the part of some entity or entities—and highly malicious.

Ronald AngSiy, Senior VP for Intellabridge Technology, a defi company, said to Kitco news that in his view, speculative attacks were waged against the blockchain’s stablecoin algorithm.

"Through on-chain analysis we saw there were two entities that, in a 24-hour period, sold over $400 million of UST," AngSiy said. “And that caused a cascading liquidation effect into the whole ecosystem and caused a crisis of faith in it."

"This is clearly a short attack… The timing of this attack coincides with several things. One, the [yield protocol] for anchor protocol going from 20 to 18.5 percent, that was kind of a media headline. Another one is a lot of anchor competitors going online this summer… And three, the very specific timing of it, which happens to be right after Terra moves a lot of its UST off of curve."

"[Soros] was just the catalyst that caused a massive selloff in British pounds from various currency traders… So in this [UST] scenario, they simply started the attack on Terra. And then from there, there were a lot of people who naturally sold off."

And he’s hardly the only one calling it a “Soros-style attack.”

(For more on Soros in this issue, see our TRENDS IN TECHNOCRACY section.)

The massive fail, further weighed down a crypto sector already reeling from investment sell offs that have been among the worst of any sector in a generally deteriorating economy.

In a way, events seemed to make a compelling case for a digital coin that would be as solidly pegged to the U.S. dollars as any digital currency could possibly be: a U.S. Central Bank Digital Currency (CBDC).

Treasury Secretary Janet Yellin commented on the fall of UST, saying algorithmic stablecoins pose a “risk,” though she also said she believed the risk was not currently large enough, given the amounts of money involved, to be a risk to the overall financial system.

In April, Senator Elizabeth Warren (D-MA) signaled that the U.S. might be speeding up creation of a digital dollar:

"So a lot that banks do wrong, if you think, 'We could improve that in a digital world,' the answer is, Sure you could. But in that case, let’s do a central bank digital currency," Warren said to Chuck Todd on NBC’s Meet The Press. "Yes, I think it’s time for us to move in that direction."

Whether such a CBDC would be a “bank to bank” instrument, or an end user “retail” digital currency, is among the big questions in a potential U.S. CBDC creation.

There’s one thing that the UST / LUNA story event has made clear: a US CBDC is more likely than ever in the not very distant future.