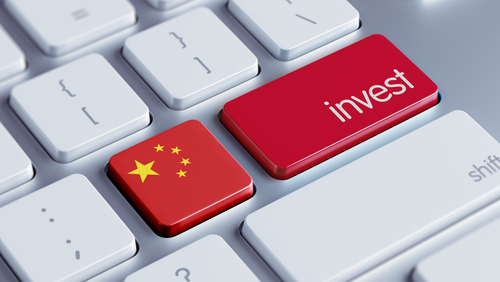 Major investors, including Blackrock, Bridgewater Associates and Pacific Investment Management, are shrugging off the financial crisis that has struck Evergrande, China’s largest property developer, and sent a wave of anxiety through global financial markets earlier this month, according to The Wall Street Journal.

Evergrande announced earlier this month that it might not be able to repay its $300 billion in debt, which we reported in “China’s Real Estate Market Teeters on Evergrande’s Debt” (21 Sep 2021) and, on 23 September, missed a $83.5-million interest payment on a dollar-denominated bond

Market players expect China’s government to let Evergrande default on at least some of its debts owed to foreign bondholders but will shield domestic investors, creditors, and the people waiting for Evergrande to finish the homes they already have bought, the WSJ said.

On 29 September, Evergrande promised to make a scheduled payment due the next day to domestic creditors. However, the debt holders said they received no payment on the due date.

“In the short term, there is clearly a lot of potential for uncertainty and volatility,” Christian Strake, chief credit researcher at Pimco, said in a WSJ interview.

“But, longer term, this is something that needed to happen and ultimately will be good for the Chinese credit market,” he said.

Bridgewater concurred in a note to clients.

“The narrative of this being ‘China’s Lehman moment’” – referring to the collapse of Lehman Brothers in September 2008, a trigger for the Great Recession – “doesn’t make sense,” the note read.

“The lack of a quick bailout likely will serve notice to investors that they need to do their due diligence and enforce accountability on debtors,” Bridgewater wrote.

However, others are pulling back from Evergrande.

Allianz Global Investors and French asset manager Amundi have sold off significant portions of their Evergrande bonds in past months, the WSJ reported, and Blackrock is not currently adding to its Evergrande holdings, insiders told the newspaper.

The troubles of one company should not worry investors, Andrew Lo, Invesco’s chief of Asia Pacific operations, told the Financial Times.

TREND FORECAST: As we have long noted in stories such as “China 2021: The Chinese Century” (8 Dec 2020), this century’s economic future will be controlled by China.

That also is China’s conviction. Therefore, Beijing will unwind Evergrande’s mess in a way that does no long-term damage to the country’s financial or real estate sectors. The government may administer some tough love but not enough to derail the economy or permanently drive foreign investors away.

TREND FORECAST: We have looked beyond Evergrande to China’s larger economic environment. For a decade or more, the housing boom has created a massive bubble that has been long ready to pop.

Also, other speculators are pulling back their money or betting against the country’s continued rampant growth, citing its recent tough regulatory stance on the tech industry, cryptocurrencies, and property developers, The Wall Street Journal reported.

Twelve percent of the more than 200 asset managers and investors polled by Invesco last month plan to reduce their investments in China, three times more than the same survey found in 2019.

In last month’s poll, 64 percent responding said they plan to invest more in China, compared to 80 percent in 2019.

In 2019, China began to welcome foreign investors by dismantling barriers blocking their activities.

China’s government also has cracked down on the construction, financial, and tech industries, spooking investors and reminding them that the Chinese Communist Party can impose draconian measures on business without warning.

However, China will remain the world’s growth engine for the foreseeable future; investors seeking returns beyond the limits of central banks’ rock-bottom interest rates will have to include China in some way.

Although China’s economy is seen by The Street as “sputtering” we maintain our forecast that minus a wild card event, such as suddenly crashing equity market, a major terror strike, etc.,  the country will post around an 8-percent GDP growth in 2021... which will be far higher than other major economies.