WHY SCIENCE IS THE WORST CULT OF ALL 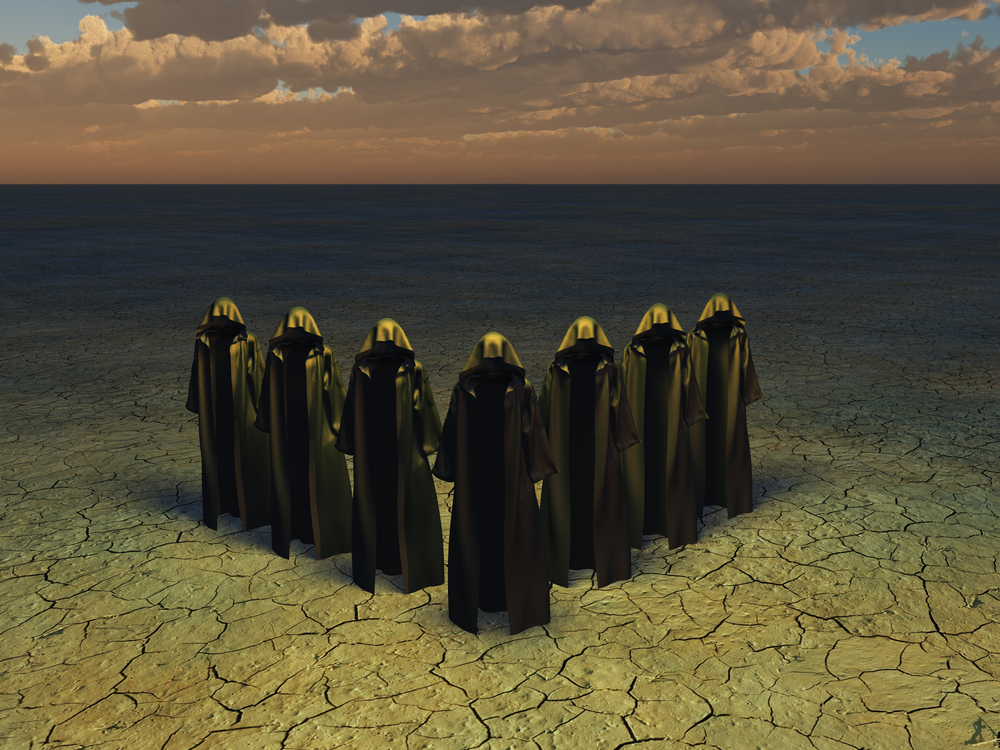 “This attack on me, which clearly has political overtones to a nonpolitical scientist, I feel, is dangerous to the entire field of science and [shows] how people try to intimidate scientists.”

The quote above came this week, as the head of the U.S. National Institute of Allergy and Infectious Diseases (NAID) defended criticisms over COVID policies and more.

It’s not the first time the powerful wielding official has equated himself with “the entire field of science.”

Among other things, Fauci was attempting to defend himself regarding anger over his agency funding cruel experiments on dogs.

Typical of the way government agencies have changed documents, studies and definitions to protect narratives, the researchers behind the dog experiments now say NIAID was incorrectly listed as a funder of their study.

But the group that brought the study and its apparent funding to light, the White Coat Waste Project, said they don’t believe the revision absolving Fauci.

Spokesman Justin Goodman called the sudden correction, after the story blew up, “too convenient.”

Doubling down on the controversy, NIH Director Francis Collins defended his colleague with a threat, demanding that those responsible for criticizing Fauci should be identified and “brought to justice.”

“Conspiracies are winning here. Truth is losing. That’s a really serious indictment of the way in which our society seems to be traveling,” Collins told The Washington Post.

Technocrats like Fauci and Collins are wielding dangerous influence and power unconnected with legitimate authority.

They have been allowed to corrupt their role, and have done thereby more than any critics to undermine their own legitimacy.

It must never be forgotten that Science is a method, not an outcome, and certainly not a particular scientist, however influential.

As a method, science limits itself to trying to accurately determine causes and effects, according to observation.

Science is always provisional.  It is always subject to revision, based on new advances and discoveries, or rigors of scrutiny.

When scientists advocate, instead of limiting themselves, to rigorously and impartially analysing, they are stepping beyond science.

It’s one thing for public officials or activists to promote policies based on scientific findings.

But when scientists become invested in causes like “Climate Change” or “world-saving” medical interventions, the objectivity necessary for them to carry out their core purpose, is corrupted.

People can root and hope and fight for what they want and believe, based on what they view as faith or fact. But science can’t have a dog in any fight, and retain its method, too.

Technocracy as a Cult of Science

The view that technocrats deserve to set policies, and direct the course of human development, ignores the corruption that inevitably results when fact-finders become decision-makers.

Scientists are no more immune to the seductions of power than anyone else.

Increasingly, as scientists have been incentivised to advocate, they have strayed from the limits of their method, to grandiose visions of what can and should be pursued, in the way of the course of human development.

In doing so, science at the present moment has assumed attributes commonly associated with cults.

Try perusing the following list describing typical aspects of cults, while contemplating how the COVID War, climate change policy and “The Great Reset” are currently playing out:

(from: Take Back Your Life: Recovering from Cults and Abusive Relationships, by Janja Lalich and Michael D. Langone)

For nearly two years now, the Trends Journal has been among a small band of voices and publications leading the way in pointing out inconvenient studies, events and facts in the face of a monolithic COVID “scientism.”

That scientism has had little to do with the scientific method, which is all that can ever constitute actual science.

In the first wave of the purported pandemic, scientists sought to immediately discount inconvenient notions about the origin of the virus.

They proposed mask wearing and lockdown measures that were uncontroversially debunked by previous peer-reviewed studies.

They pretended to have answers where no research had been conducted, repeatedly presented policies that had no rigorous grounding in science, as being scientific.

When policies like “15 Days to Slow the Spread,” “social distancing” and staying indoors failed miserably, they merely moved on to other even more draconian measures and dictates.

They flouted their own proscriptions. They profited obscenely by their power grabs.

Currently, they are pushing for compulsory injections of drugs that violate human rights and Constitutionally protected freedoms. The drugs don’t work as advertised, aren’t needed by the vast majority of people, and present dangers, especially to children who are almost immune from serious COVID effects.

“Science-based” COVID policies have led to increases in suicide, poverty, hunger and political instability that shows no sign of abating any time soon.

Practically every day for the last two years, some new strange affront to credulity is presented by authorities. One the latest this past week was a formal request by the FDA that the courts give them until 2076 to review and fully release the documents concerning the approval of the Pfizer BioNTech COVID-19 vaccine.

In an age where science wields more say over policies than ever, it’s crucial that scientists who abuse their trust be held to account.

Specifically, Dr. Anthony Fauci, like his friend Bill Gates, has made himself a leader of a cult of science.

He has warped, discounted and tried to hide information and facts, and told admitted lies to promote supposedly nobly intended objectives.

When confronted on plain lies, he has resorted to demagoguery to avoid accountability.

If the good doctor is science, then science has thoroughly wrecked its own credibility, morphing into the worst cult of all.