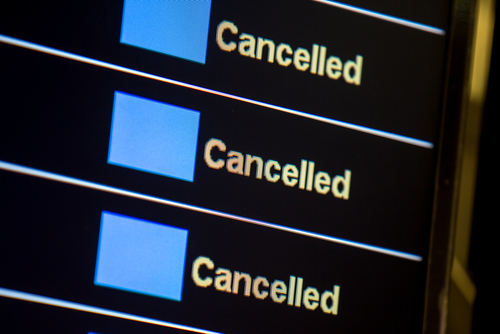 The World Health Organization (WHO) on Wednesday said in a statement that international travel bans have not been effective in stopping the spread of the coronavirus and, in fact, “contribute to the economic and social stress” of the countries that are implementing them.

The Trends Journal has reported extensively on measures that countries have taken to try and limit the chance of a new outbreak started by international travel.

It has been clear for some time that there is no wall or moat big enough to keep the highly contagious virus out of a country. (See “GLOBAL TRAVEL INDUSTRY REELING,” “COVID SCARE: U.S. EXTENDS BAN ON TRAVEL ALONG BORDERS,” “EUROPE’S BANKS PERMANENTLY SLASH BUSINESS TRAVEL” and “TOP U.S. HOTELS ARE IN DEPRESSION OR RECESSION.”)

The agency, no doubt, considered the treatment that South Africa faced when it alerted the global community that it discovered the Omicron variant circulating in its population.

Governments like the U.S. and U.K. were quick to ban travel to the country and its neighbors, which was for naught. The variant spread, and Johannesburg was punished for its transparency. (Those travel bans have since ended. See “COVID WAR 2.0: MASS DESTRUCTION.”)

The U.S. Centers for Disease Control and Prevention announced last week that it updated its travel advisory lists for 40 countries and territories due to a rising number of COVID-19 cases, according to TravelPulse.

TRENDPOST: Two years into the outbreak, most “world leaders”  i.e., psychopath, sociopath, pathological lying politicians refuse to admit or learn from previous mistakes. They still insist the fastest way to move past the virus is to inoculate the world and to enforce mask mandates. Yet, despite the widespread availability of vaccines, millions taking the jab and draconian lockdown measures, there were more COVID-19 deaths in the U.S. in 2021 than in 2020.

And again, the politicians and Presstitutes ignore these facts of who is dying of the virus as why:

As we have long been reporting but they are now finally admitting, the Centers for Disease Control and Prevention notes that less than 0.2 percent of Covid-19 deaths in the United States have been among children.

Since the COVID War broke out in January 2020 to 6 January 2022, the CDC reports the grand total of 694 children aged 17 or younger that died of COVID... out of a population of some 74 million. And, 61 percent of those hospitalized were obese. There are 14.4 million obese children in the U.S., according to CDC estimates.

Again, confirming what we have been reporting for nearly two years, the people that should be taken care of the most are the elderly and those suffering from pre-existing comorbidities. Over 75 percent of COVID deaths have been among seniors, and over 25 percent, some 200,000, of those COVID deaths were people aged 85 and older.

Despite the fact that the virus is killing mostly those suffering from pre-existing comorbidities, there is not a word from “health experts” about people getting in better health and building up their immune systems to fight the virus. Instead, all they do is sell the COVID Jab. Natural healing is considered a conspiracy theory in the drug lord world.