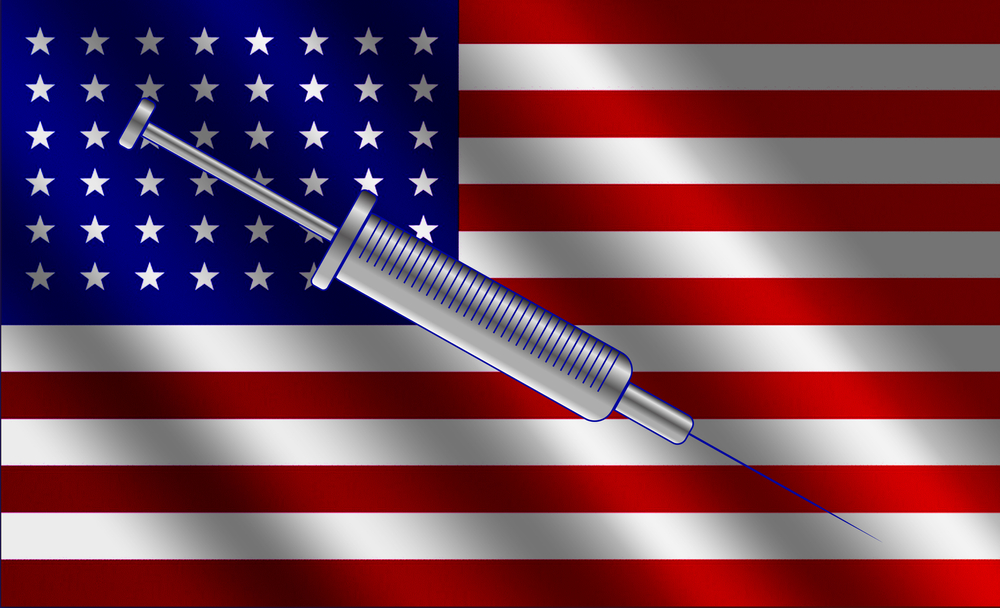 According to the Kaiser Family Foundation, there is still about 42 percent of Americans holding off on getting vaccinated. In a movement to get them to take the jab, the $1.9 trillion COVID Relief Bill recently passed by Congress contains about $1.5 million for a media promotion to deal with vaccine hesitancy.

But beyond that small amount, as the headline on the EHS Today website blared:

The campaign, part of a larger $250 million COVID-19 education campaign, will try to convince the hesitant to get the shot.

Overall, the government promotion campaign is primarily aimed at what the establishment calls "conservatives" who are among the most vaccine-hesitant.

As the Wall Street Journal reported last Wednesday, “The Biden administration is enlisting the help of groups including the Christian Broadcasting Network, Inc. and NASCAR, both popular among conservative voters.”

The Ad Council, a nonprofit that produces public-service commercials, is said to have invested some $50 million to promote the vaccine. The WSJ reported that they, along with the COVID Collaborative, a coalition of leaders in education, health, and economics, announced a campaign that will run during time donated by media across TV and digital media platforms.

The promotional campaign will feature videos including singer Willie Nelson and star athletes from Major League Baseball, the NFL, and the NBA.

NASCAR President Steve Phelps said, “It’s critically important to us that we, as an industry, continue to play a meaningful role in the fight against COVID.”

Noting that in rural areas only 31 percent of people say they will definitely get vaccinated, compared to 42 percent in urban areas, the Journal said that the White House is engaging the American Farm Bureau Federation to get on board the vaccination express.

They said its Federation president, Zippy Duvall, confirmed his organization is now “highlighting the importance of vaccinations for workers in the food-supply chain.”

The Director of the National Institutes of Health, Francis Collins, appeared on the Christian Broadcasting Network to both encourage getting the shots and respond to conservative criticism from abortion opponents angry over vaccines using fetal cells from abortions that are used in testing laboratories. Johnson & Johnson came under criticism from the U.S. Conference of Catholic Bishops for using these fetal cells.

TRENDPOST: Again, we note that the freedom of speech to question the efficacy and safety of the COVID vaccines is prohibited while the establishment, pouring in countless millions to sell the jab, are permitted to do and say as they wish. Thus, this “Get Happy, Get Vaxed” campaign is undeniable evidence of not only the loss of freedom of speech but that big money rules and controls the nation.