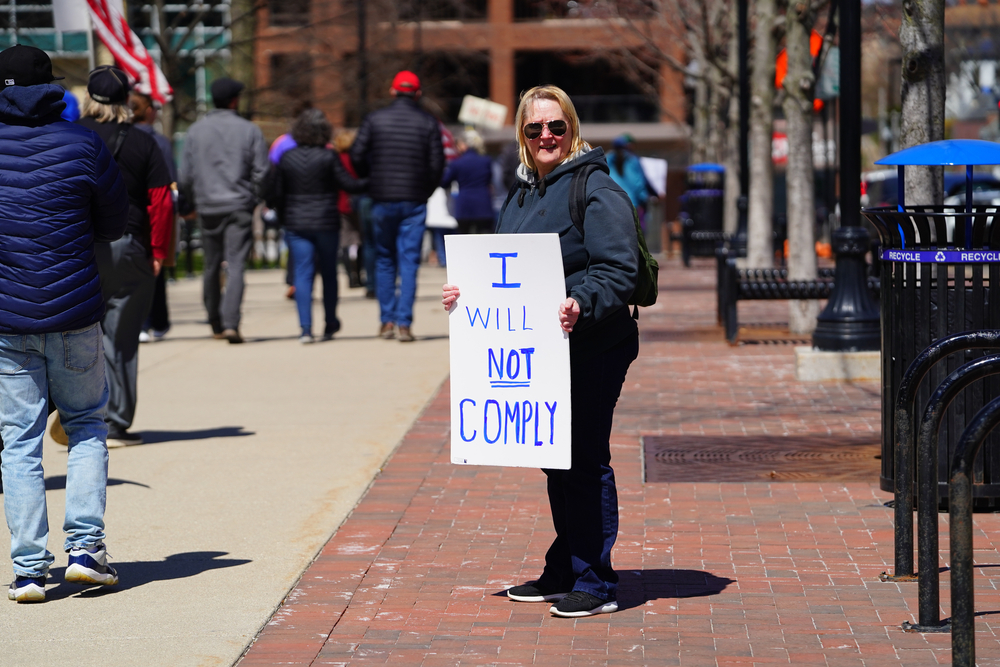 In our article last week, “JAB UPDATE: WHITE HOUSE TO COMBAT HESITANCY,” we reported on the serious pro-vaccine campaign arranged by the Biden administration that includes nearly 300 organizations across the country along with a saturation of TV/cable media sales pitches in English and Spanish.

Fauci at NASCAR? White House looks to appeal to vaccine-hesitant conservatives and evangelicals

According to a 19 March PBS NewsHour/NPR/Marist poll: “At least 41 percent of Republicans don’t plan to get vaccinated.”

A more recent NPR/Marist poll taken in late March revealed about 25 percent of all Americans say they absolutely refuse to get vaccinated, including “people across all ages and demographic groups.”

During a briefing with members of the press, White House press secretary Jen Psaki said, “We’re looking for a range of creative ways to get directly connected to white conservative communities.” She noted that cast members from “Deadliest Catch,” a reality television show about deep-sea fishing, had recently participated in a public service announcement about mask-wearing.

The CDC is also heavily invested in getting people to line up for shots. Yahoo News reports the CDC has made $3 billion available “to community groups and health organizations around the country to increase ‘acceptance’ and ‘uptake’ of vaccines, a recognition that complex factors have led to low vaccination rates in parts of the country.”

The Kaiser Family Foundation data shows about two-thirds of Americans vaccinated at least once so far were white, but less than 10 percent were African Americans. The largest segment refusing the shots are white evangelicals and Republican men.

While white evangelicals and Republican men heavily favored Donald Trump and are vaccine-suspicious, their champion Trump told them he got the jab and they should too:

But again, we have our freedoms and we have to live by that, and I agree with that also. But it’s a great vaccine. It’s a safe vaccine and it’s something that works.”