WHAT HAPPENS WHEN THEY OUTLAW BITCOIN? 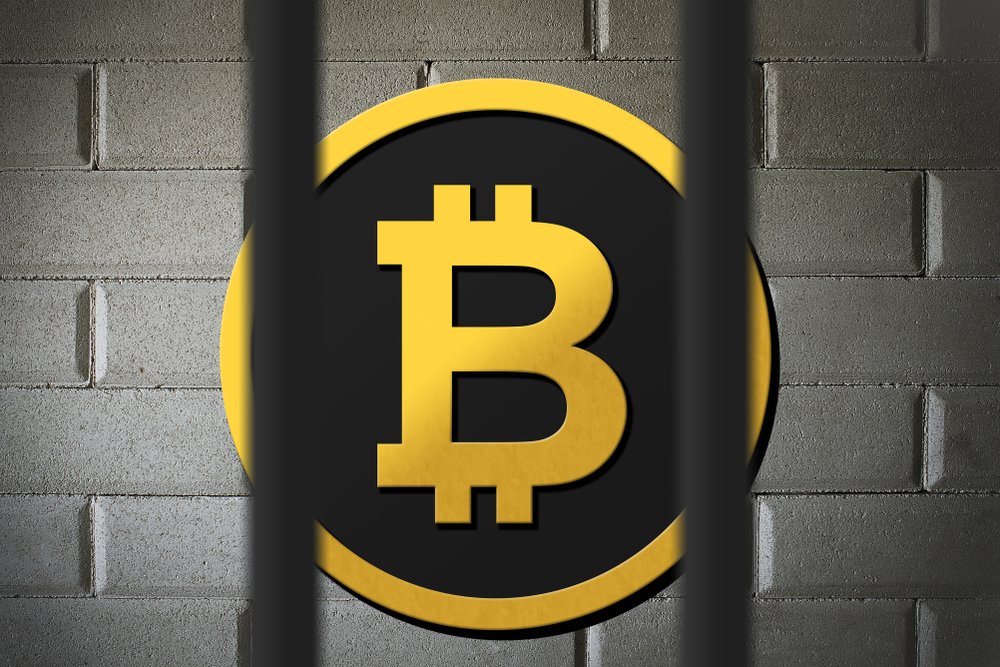 Many people unwilling to invest in cryptos doubt their intrinsic value. A number of those arguments have been previously addressed in these pages (for example, see our 15 June, 2021 article “WHAT IS THE VALUE OF CRYPTOS AND BLOCKCHAINS?”).

Another species of argument against cryptos is that they will be driven to worthlessness because they’ll be banned by governments.

But, as both current times and history show, Bitcoin is hardly unique in facing the prospect of government bans or oppressive regulations. Gold, firearms, alcohol, marijuana, “pornography”, sodomy and sex outside of marriage have all been subject to regulation, outlawing and banning.

At the moment, case law is developing that prohibits people from declining on the basis of their free speech and religious rights, from declining their services to others. It is also evolving, in the guise of gender “rights” laws, to force people to actively affirm and participate in other people’s conceptions of themselves, however unreal.

Precedents have been set to shut down or restrict the lives, travel and work of Americans based on declarations of emergency by the CDC, governors, and even local town authorities.

Given all that, the question about cryptos being banned isn’t really about cryptos. It’s about the American people. Americans might accept a loss of freedom and a slide toward slavery in any number of current battlegrounds. Cryptos are just one field of battle. If it were to happen, it would join a list of other significant historical bans.

In 1920 the U.S. enacted a nationwide constitutional ban on the “production, importation, transportation, and sale of alcoholic beverages”. Prohibition, which lasted for 13 years, gave rise to organized crime that has plagued the country ever since. But the law failed miserably in its objective, and was repealed in 1933.

Ever since Prohibition, the government has been satisfied to regulate the alcohol industry, mostly to ensure its cut of extra taxes on alcohol consumption and production.

For over 40 years, American citizens were restricted from buying gold. The disincentives to gold investing came via an executive order by then President Franklin D. Roosevelt in 1933. According to Wikipedia:

“Order 6102 had made it a criminal offense for U.S. citizens to own or trade gold anywhere in the world, with exceptions for some jewelry and collector's coins. These prohibitions were relaxed starting in 1964 – gold certificates were again allowed for private investors on April 24, 1964, although the obligation to pay the certificate holder on demand in gold specie would not be honored. By 1975 Americans could again freely own and trade gold.”

The government obviously made a more concerted effort against gold than alcohol. Millions of Americans complied with FDR’s order to turn in their gold, and followed the gold ban in the ensuing years.

The government more than doubled its stores of gold in just a half decade, as a result of FDR’s order. He also raised the price the government would pay for gold from $20 to $35 a troy ounce, which led other countries to exchange gold for dollars.

But the move brought with it the era of “managed inflation”. By 1975, it took more than three dollars to buy what one dollar could purchase in 1933.

$450,000, compared to $250. It brings to mind an old Steve Martin joke about a financial guru book he supposedly wrote, entitled How I turned One Million in Real Estate into $10 in Cash.

The growth of government regulations and restrictions of firearms has accelerated over the last 40 years.

The modern era of gun regulation dates from the Brady Bill, enacted in the aftermath of the assassination attempt of Ronald Reagan in 1981. During that incident, Jim Brady, and advisor to the President, sustained a crippling gunshot wound. The Brady Bill introduced federal background checks and a five-day waiting period for firearms purchases. It also prohibited persons convicted of felonies from owning firearms.

The Brady Bill passed in 1993, and was followed by an “assault weapons” bill that President Bill Clinton also signed into law. Though that legislation was later superceded, many states and localities have implemented regulations making it difficult or even nearly impossible for average Americans to exercise their constitutional rights to own and carry firearms.

Handgun licensing laws in California, Massachusetts, New York, New Jersey, Connecticut, Maryland and Illinois, for example, effectively suppress or prohibit their ownership in those states. California and New York have both limited magazine capacities and outlawed the AR-15, a popular choice in many other states.

In Massachusetts, meanwhile, a specific card or license is needed to buy various types of guns or accessories. That includes not only handguns, but rifles, shotguns, large capacity feeding devices, ammunition, and large capacity firearms. In addition, non-residents visiting Massachusetts must apply for a temporary license to bring a gun. Although 24 states honor a Massachusetts permit, the state doesn’t honor any permits from other states.

Are Cryptos Different Because “It’s Money”?

People have a belief that “only the government” should have the power to create money, and therefore it has good reason to ban cryptocurrencies. It’s a confusing topic. Certainly, in the case of a fiat currency, it becomes paramount that no one be allowed to simply print more of it. That includes private counterfeiters. And it also includes the government.

Gold and silver have never had such a problem. They are rare, and must be mined. Thus, their supply is relatively stable, and not subject to manipulation and corruption — at least to the degree of fiat alternatives.

Up until the 20th century, the U.S. government was not in the business of “creating” money. It “minted” money, which is quite different. Minted coins were certified, trustable amounts and purities of precious metals. And government issued paper certificates were redeemable for precious metals at the certificate’s face value.

Government coins and certificates were a preferred form of exchange and value because of these qualities. But people in the 1800s were quite free to exchange using gold nuggets or silver goblets, or in virtually anything else interested parties agreed.

What’s more, up until 1913, people could bargain to exchange labor or other services in any way they agreed, and the government took no interest. That’s because there was no income tax.

Up until the early 20th century, apart from protecting citizens from fraud and deception, the government largely stayed out of mutually agreed to transactions of its citizens.

With the advent of a fiat currency and an income tax, which occurred almost simultaneously, that previous organic system, which had propelled America from a backwater nation to the richest and freeist land on earth, fundamentally changed.

Now, government was a “creator” of money. And thanks to the income tax, it gained a quickly metastasizing appetite for tracking and taxing the productive interactions of its citizens.

Of course, the income tax was considered a new backing of currency. But the lure of money printing and power grabbing taxation literally changed the course of American history.

It’s interesting to consider how the 20th century might have been different, had the U.S. government continued to tie currency to stores of value like precious metals or other commodities, instead of embarking down the road of fiat money and productivity taxation.

There may well have been less money to fund the “foreign entanglements” that George Washington had warned against. By 1960, the country was a vastly different place than it had been just a half-century prior. President Eisenhower, in the wake of devastating wars and a nuclear cold war, was warning about the power of the “Military Industrial Complex”. And the country, already having instituted Social Security, was set to greatly expand an American welfare system.

Without fiat money and an income tax, none of it would have been feasible. At the very least, the need for social safety nets may have been far less, had America been more constrained with regard to global interventions, and domestic income taking.

Budgetary debt problems, which accelerated especially from the 1980’s through the early 2000’s, as much as anything else, made the invention of cryptocurrencies inevitable.

Bitcoin, devised in 2008, was a state of the art reaction to a relatively modern problem — the rise and abuse of fiat currencies by governments and their associated central bank systems, including the U.S. monetary system.

So what will happen if or when the government bans cryptos? Should the possibility of a ban deter Americans, if cryptos are otherwise deemed to be a sensible counter to government monetary corruption? It’s an interesting question indeed.