WHAT CELENTE HAS SAID IS NOW PROOF: POLL SHOWS MOST AMERICANS CAN’T FIND UKRAINE OR TAIWAN ON A MAP 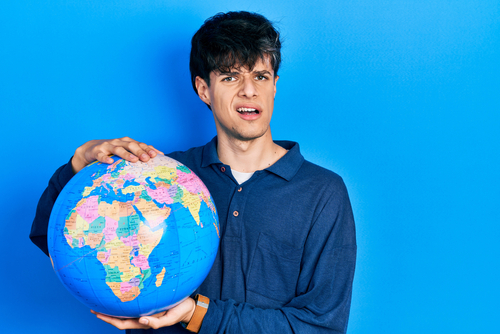 While it is non-stop headline news, and promoted by the politicians and the media that it is the United States responsibility to support Ukraine in its fight with Russia and face-off in the Chinese / Taiwan entanglement, only a third of Americans can find Taiwan and Ukraine on a map.

The survey was conducted during House Speaker Nancy Pelosi’s provocative trip to Taiwan earlier this month despite threats from China. The polling company said the 34 percent was about the same number who could point to Ukraine prior to Russia's 24 February invasion.

The poll featured a blank map with the borders of Asian countries. The polling company posted the results that showed mustard and green-colored dots representing correct and incorrect answers. The green dots were correct responses and mustard dots appeared in far-flung regions, including in Australia, India, and Siberia.

“Those who could identify Taiwan were more likely to have heard news coverage about the island recently, with 86 percent saying they had heard at least something about Pelosi’s trip—though the story did manage to break through to 71 percent of the general electorate,” Morning Consult said.

TRENDPOST: The main reason why Pelosi and other politicians keep their seats as though they are lifetime appointments is because the average American is completely ignorant to the world around them... and Washington is controlled by a two-party crime “lesser of two evils” crime syndicate.

When they do watch and listen to “news” they tune into the media source that they like best that says what they want to hear and wish to believe. For example, love them or hate them, is not the issue. But rather than  reporting hard facts and figures from one side, they narrow down the narrative to keep it simply stupid. For example: Putin= Bad Man; Trump= Orange Bad Man.

It would be interesting to see how many of those who took the survey currently fly a Ukrainian flag outside their homes or cheer when a U.S. destroyer sails through the Taiwan Strait.

An uneducated electorate is a danger to our freedoms. Thomas Jefferson wrote, “A properly functioning democracy depends on an informed electorate.”

John F. Kennedy also said, “The ignorance of one voter in a democracy impairs the security for all.”