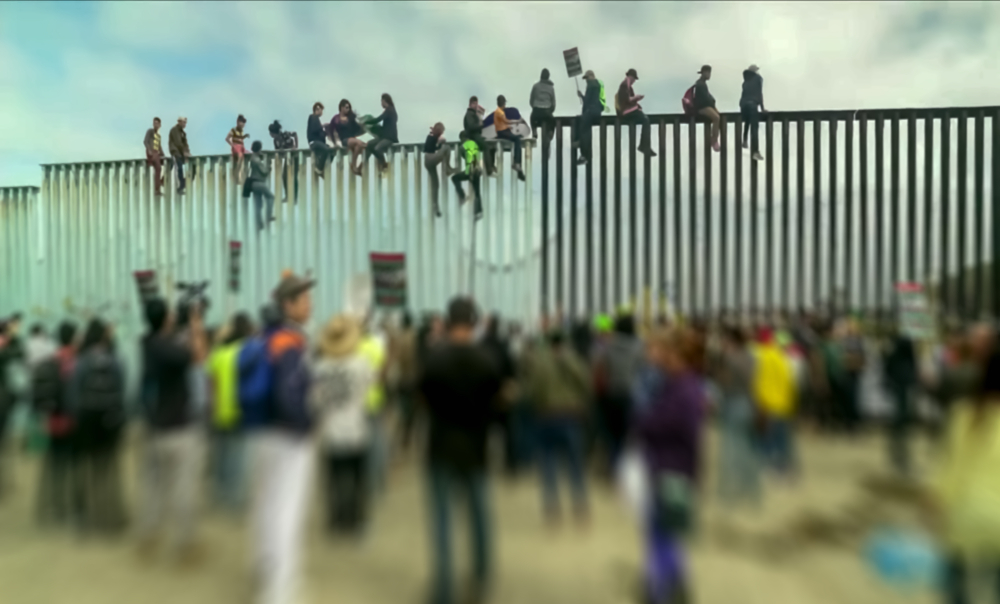 When the COVID War was launched in 2020, we had forecast that as countries locked down and economic conditions deteriorated among the poorer nations—which were already experiencing massive demonstrations as people took to the street protests in their fight against government corruption, lack of basic living standards, crime and violence—they would be escaping, seeking safe haven refuge.

Welcome to the new world disorder. In the past, the summer months would see a slowdown in the waves of people moving north across the U.S.-Mexico border; fewer migrants would attempt the dangerous journey in the summer heat. Not so this July, the U.S. Customs and Border Protection called it "the busiest month at the border in 21 years."

200,000 arrests were made at the border in July, 12 percent more than in June. 76,000 parents and children crossed as families, the second-highest total ever. But almost 19,000 unaccompanied children also crossed in July, just short of the record set last March. Monthly crossings have now numbered at or above 100,000 for six months, the longest period in recent history.

And those figures don't include all those who crossed un-apprehended; those are typically single adults who don't ask for asylum. Even though 47 percent of those apprehended were immediately sent back to Mexico, the northward flow of humanity has been relentless.

The Biden Administration Has a Plan

But not to worry. The Biden administration has a plan, according to Homeland Security Secretary Alejandro Mayorkas, who adds, "We are executing our plan, and that takes time." Besides, The Wall Street Journal  tells us, those figures are somewhat inflated, because they don't account for all those who crossed multiple times; some ("mostly adult men seeking work," we are told) have tried to cross six or seven times.

Nor is it the Biden administration's fault; of course not. We're reminded that it was the years of restrictive policies under President Trump that resulted in all that pent-up demand. And of course, Biden being seen as more welcoming has encouraged migration. And then there are the economic effects on Latin America of the COVID-19 "pandemic."

So many families are arriving daily that Border Patrol agents, rather than letting them go with a promise to appear in court on a specific date, let them go with instructions to report to an Immigration and Customs Enforcement office.

The government also works with local border cities and charities to do COVID testing and quarantine when needed. And it puts the migrants up in shelters or in hotels. This week the city of McAllen, Texas set up air-conditioned tents to quarantine 1000 COVID-positive migrants, after no more hotel rooms were available.

TREND FORECAST: The COVID War has pushed millions into poverty, and because the COVID situation in some Central American countries hasn't improved, more families are opting to send their children to El Norte, a decision fueled in part by the improving U.S. economy and rising U.S. vaccination rates. None of this was unforeseen, especially not by Trends Journal; see, for example, January 2021's "LATIN AMERICA FACES SLOW, PAINFUL ECONOMIC RECOVERY," the March 2021 article, "BIDEN TO FIX BORDER SURGE," or go back to October 2020's "ILLEGAL BORDER CROSSINGS ON THE RISE."

And now, with more lockdowns and the poorer nations hit the hardest, the refugee crisis will accelerate across much of the globe. In turn, as we have long forecast, there will be new anti-immigration, anti-vax, anti-tax populist movements that will challenge established political parties.