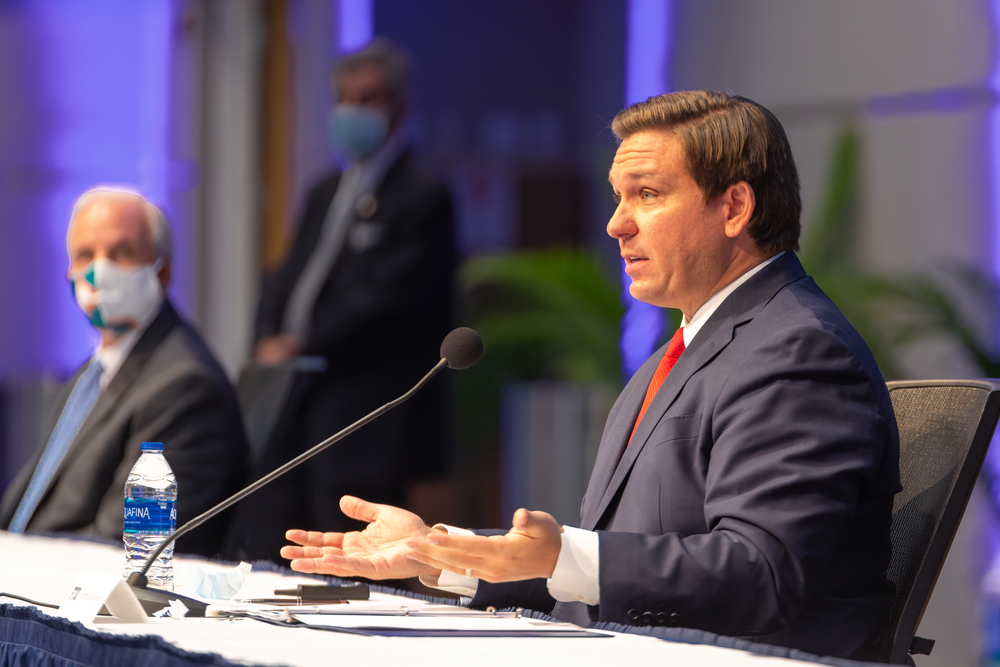 Florida Governor Ron DeSantis got his “anti-tech censorship” bill last week. But it has a dubious exemption for Disney, which runs one of their marquee theme parks in Orlando. The legislation was roundly criticized by some of the prominent banned individuals it was supposed to help (see story that follows).

Specifically, the bill stops social media companies from de-platforming candidates for public office, banning other users without notice, and compels them to publish their rules for content.

Democrats tried to pretend the bill was a solution without a problem. But political figures and candidates including Donald Trump and Laura Loomer, among others, were suppressed and banned by Big Tech, harming not only them but the franchise of American voters.

In 2019, when the bans were becoming more widespread, then-President Trump tweeted, “This is the United States of America – and we have what’s known as FREEDOM OF SPEECH! We are monitoring and watching, closely!!”

But Trump’s tweets never translated to significant Federal action or legislation, and during the 2020 campaign, Twitter progressively snuffed out his power on that platform.

In the week following the 6 January Washington, D.C. protest against election fraud, not only was Trump banned entirely from Twitter and other social media, Fox News and independent reporter Ian Miles Cheong noted that at least 60,000 conservative accounts were purged from Twitter.

The bill contains fines for companies that ban or suppress political candidates. But critics say the fines of $100,000 a day are nothing to tech giants.