WE TOLD YOU SO! DRUG DEALERS SAY COVID-19 PANDEMIC WILL END THIS YEAR 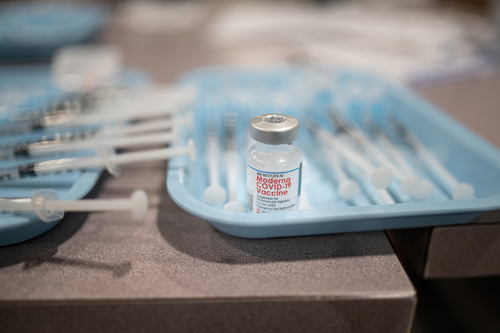 No surprise to Trends Journal subscribers, who know that some two months ago we had forecast the COVID WAR would end late March, mid-April, now the Drug Lords are making it “official.”

Stéphane Bancel, the vaccine-billionaire CEO of Moderna, said in an interview Thursday that he believes the COVID-19 pandemic will burn itself out in 2022 and become endemic, raising the risk in the future for those over 50 and high-risk groups.

Bancel, who is worth about $5 billion, said the pandemic phase will likely end but the public will continue to need annual boosters to prevent “breakthrough” infections, according to the Financial Times.

He spoke about Moderna’s life after the COVID-19 pandemic since the company is a one-trick pony. The vaccine is the only product that Moderna ever distributed. He spoke about a new vaccine that can respond to the Omicron variant and a vaccine that combines the flu and COVID-19 as future revenue streams.

Bancel recently appeared on Fox Business and was asked by anchor Maria Bartiromo about reports that said COVID-19 had a “tiny chunk” of DNA that matched sequences that were patented by Moderna three years before the pandemic began during the company’s cancer research.

Mr. Bancel said his scientists are looking into the data to see their accuracy.

“As I have said before, the hypothesis of an escape from a lab by an accident, it’s possible, humans make mistakes,” he said. “So it is possible that the Wuhan lab in China was looking at virus enhancement or gene modification and then there was an accident, somebody was infected…it is possible.” (See “AMERICA’S PUBLIC HEALTH SYSTEM IS UTTERLY CORRUPT” and “BERKSHIRE BILLIONAIRE WHO MADE A FORTUNE INVESTING IN COMPANIES THAT CONTRIBUTED TO U.S. OBESITY EPIDEMIC ‘APPALLED’ BY THOSE WHO REFUSE COVID JAB.”).

Pfizer CEO Albert Bourla said in an interview in January that he envisions a world where COVID-19 becomes manageable like the flu, and only requires one jab each year.

Bourla said that the virus will never be eradicated from society and will always kill some percentage of the public each year. (See: “PFIZER DRUG LORD PUSHING YEARLY COVID JABS. CALLS THOSE WHO WON’T SWALLOW BULLSHIT, ‘CRIMINALS.’”)

Bancel said he is confident that Moderna’s mRNA platform will allow the company to bring new drugs to the public for a variety of diseases. He estimated that there is an 80 percent chance that COVID-19 will become endemic in 2022, the FT reported.

“We should be in a world where, between vaccination, boosting a natural infection—and, potentially, a less virulent virus—we might move to an endemic setting where it circulates in the community forever,” he said.

Not all of those investments are private funds. BioNTech, for example, received the equivalent of $397 million from the German government to put toward the development of a vaccine.

In return, the company is supplying it to low-income countries at cost. Nevertheless, BioNTech reported a net profit of $1.3 billion for the first three months of 2021.