WASHINGTON & MOSCOW HAVE COMBINED TO MAKE THE UKRAINIAN SITUATION INTO ARMAGEDDON 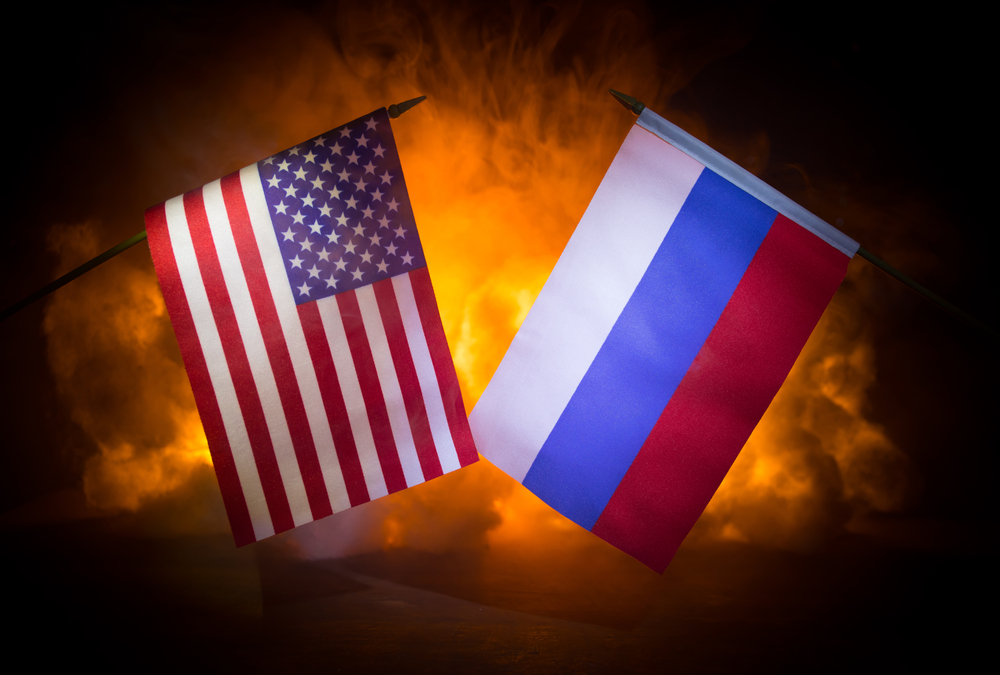 Yesterday morning I posted an explanation of why Russian liberalism was generating a wider war that could end in Armageddon.

I find no relief in The Saker acknowledging the same unfolding of events.

The Saker and Andrei Martyanov are two competent analysts of Russian military capability.  Until recently they have acknowledged no problem with Putin’s limited military operation in Ukraine.

But The Saker now realizes that the slow Russian operation has made opportunities for Western mischief that will widen the conflict. No doubt Martyanov also sees the adverse consequences of delay, but he is yet to attribute any importance to them.

The Saker reports Western plans to bring into western Ukraine, where Russia has no boots on the ground, Polish and Romanian soldiers with NATO air cover for “military exercises.”  The Saker also reports that there seems to be a military operation in preparation against Russian Transnistria.

Quoting other analysts, The Saker reports that on the Polish, Belarus, and Moldova borders with Ukraine a total contingent of 50,000 to 100,000 troops can be inferred.

“NATO’s ultimate strategy on this issue is currently unclear, but several options could be considered. Firstly, this can be done for a banal intimidation of Russia and an attempt to put pressure on the course of the special operation in Ukraine, and secondly, in the West they perfectly understand that Ukraine as a country no longer exists and see its future on the principle of occupation sectors. And the third option is the most terrible, but the least likely: NATO decided to go all the way and, if lend-lease and hybrid warfare do not stop the Russians, then regular units of Western countries will step in. This, of course, is a 100% threat of the use of nuclear weapons. It looks utopian, but in 2022 everything is possible.”

“The main topic that worries many today is the adoption by the U.S. Congress of the lend-lease program for Ukraine. Delivery of large batches of modern weapons is expected soon. The war will reach a new level, because now we will also have to fight with the American military industry. Deliveries of American heavy weapons are expected, including F-16 aircraft. Today we wrote that Ukraine is already preparing pilots for these machines. Here you need to understand once and for all, we are at war with NATO, where Ukraine is just cheap service personnel and cannon fodder.”

The Pentagon’s John Kirby backs up Colonel Cassad’s report with his announcement:

“Today I can announce that the United States has begun training the Ukrainian armed forces to use key weapons at U.S. military bases in Germany.”

The Saker also quotes this report:

“Kiev secretly sent Kharkiv cadets to the United States to learn to fly the F-16, which will soon enter service with the Armed Forces of Ukraine under lend-lease. Kiev decided in advance to retrain its pilots for the NATO fleet. As it became known to Readovka, the cadets of the Kharkiv Higher Military School were sent to one of the European NATO countries and to the United States in early February for emergency retraining in the management of American F-16s. The cadets were taken directly from the 4th year classes. All of them were transported in complete secrecy. Thus, it is more likely that NATO, together with Kiev, knew about the imminent deployment of a special operation of the Armed Forces of the Russian Federation and tried to work ahead of the curve. The law passed the day before by the U.S. Congress authorizing the lend-lease of heavy weapons to Ukraine apparently involves the supply, among other things, of American F-16 fighters. There is also information that the lend-lease announced by the United States was launched solely to legalize the transfer of F-16 fighters to Ukraine.”

None of this information fits in the narrative that Washington has created as the controlled explanation of the Russian intervention fed by the presstitutes to the peoples in the West. The Western peoples in their “free societies” with their “free press” remain as ignorant of events as Big Brother’s people in George Orwell’s book, 1984.

My views on the dangerousness of the situation are, of course, ignored by the U.S. foreign policy community, most of whom are busy at work with war propaganda. Only twice have my articles been posted on Johnson’s Russian List. In foreign policy, as in Covid and all else, dissenting views are no longer permitted.

It is now clear that the Kremlin’s limited military operation was a serious mistake. There was no reason for the Russians to believe that Washington would not use the larger part of Ukraine not under attack to force the Russians into a wider war on the West’s terms, a wider war that could have been avoided if the Kremlin had not been so anxious to minimize the use of force.

As the situation spirals out of control, we might now be living in our last days.