WAR, PROFIT AND TRANSHUMANISM: THE QUEST FOR THE “SECOND QUANTUM REVOLUTION” 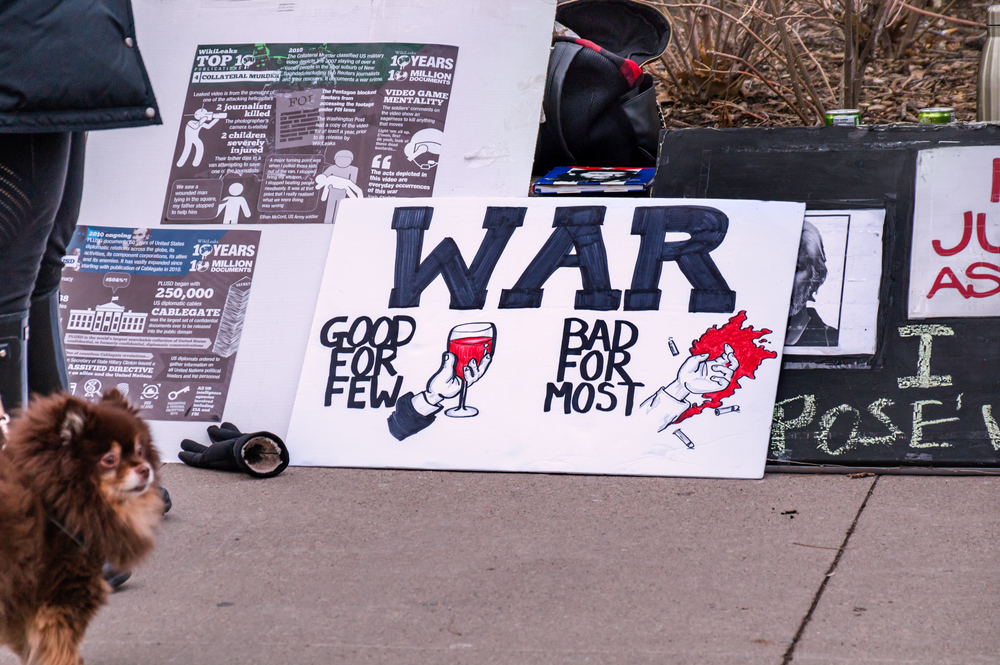 A consistent theme of technocratic pursuit is that while it may crow loudly about widespread benefits to mankind, it is too often tied to more sinister motives.

With a new DARPA (Defense Advanced Research Project Agency) call to work with mega tech companies to speed a “digital arms race” to quantum computing, the dynamic appears to be at work again.

In the wake of war between Russia and Ukraine, and continued rivalry between the U.S. and China, national leaders are framing quantum technology as crucial to military deterrence and use.

“There's a lot of hype in the commercial space and there's a lot of people claiming that they've figured out a path to a really big, really useful quantum computer. And we would like to listen—like, if somebody thinks that they cracked the secret code to make any quantum computer, then we would love for them to apply for this program. And we want to be really flexible in how we work with companies.”

The project is seeking to produce a utility-scale functioning quantum computer faster than current timetables predict.

What Is Quantum Computing?

More specifically quantum technology has been defined as:

“an emerging field of physics and engineering based on quantum-mechanical properties—especially quantum entanglement, quantum superposition and quantum tunneling—applied to individual quantum systems, and their utilization for practical applications.”

The first quantum revolution was ushered in at the dawn of the 20th century, by scientists like Max Planck (who first determined a level of energy he termed “quanta”), Albert Einstein, Niels Bohr, Werner Heisinger and others.

The first quantum revolution also resulted in nuclear weapons and energy, and laser weapons, which are fast maturing as a technology.

“Quantum technology does not bring fundamentally new weapons or standalone military systems, but rather significantly enhances measurement capability, sensing, precision and computation power and efficiency of the current and future military technology.”

Krelina, a Professor of Nuclear Sciences and Physical Engineering at the Czech Technical University in Prague, says much of this technology is characterized as “dual use”—that is, it is projected to have civilian and military utility.

The following graphic gives an idea of just how much quantum technology may transform future battlefields: 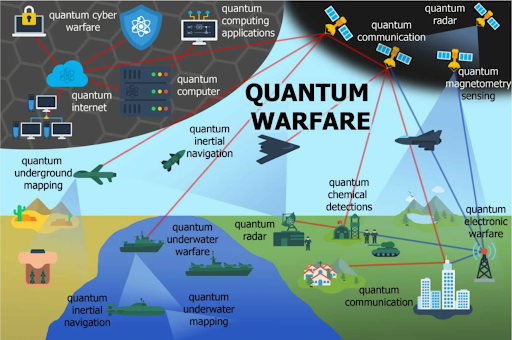 A Quantum Race to Change the World Balance of Power

What kinds of military applications will quantum technology transform and introduce?

Quantum computing, already noted as a top priority of DARPA, is not envisioned as replacing general purposes and usages of current technologies any time soon.

But where quantum computing could make its first major impacts is in the arena of solving very complex mathematical problems. To that end, within 20 years, a quantum computer will likely be able to crack the complex current cryptographic security.

“The anticipated timelines as imagined by the quantum computing roadmap by IBM and Google are the following: IBM plans a 433-qubit quantum processor in 2022 and 1121 qubits by 2023 [26]. Google has announced a plan to reach a quantum module of 10,000 qubits. All other quantum processors would consist of such modules up to 1 million qubits in 2029 [27]. Based on a survey among leaders in key relevant areas of quantum science and technology, it is likely that quantum computers will start to become powerful enough to pose a threat to most of the public key encryption schemes (for more details, see Sect. 3.2.2) in about two decades [28].”

A quantum system could allow for intercepts of crucial information of an adversary.  Though not yet available, the promise of coming systems that can crack the most complex current cryptography is likely already leading military agencies to store encrypted intelligence of adversaries that can’t yet be cracked:

“An adversary or foreign intelligence could intercept and store encrypted traffic until the quantum cryptoanalysis becomes available. Because the time of declassification of many secrets is far beyond the expected timelines for powerful quantum computer delivery, such a threat can be considered genuine, nowadays.”

It’s easy to see how the first power to gain a quantum key to unlocking encrypted military info would gain a huge, immediate advantage.

Over the last quarter century, Artificial Intelligence (AI) has gone from niche applications and research, to being woven into virtually every technological area.

As one researcher observed:

“AI is currently deployed at multiple domains, it is forecasting revenue, guiding robots in the battlefield, driving cars, recommending policies to government officials, predicting pregnancies, and classifying customers. AI has multiple subareas such as machine learning, computer vision, knowledge-based systems, and many more…”

One of the current forecasted limits of quantum technology powered AI, involves the important area of machine learning. There are significant current limitations in the ability to transpose huge amounts of existent classical data into a quantum form that could fuel such learning.

But in the nearer term AI neural networks, or systems which are modeled on the way human brains work and process information, may benefit from quantum advances said Krelina:

“quantum-enhanced ML/AI can be introduced, where quantum computing can improve some machine learning tasks such as quantum sampling, linear algebra (where machine learning is about the processing of complex vectors in a high-dimensional linear space) or quantum neural networks [54]. One example is the quantum support vector machine [58].”

In addition to quantum computing and crypto-analysis, and quantum powered AI, there are a host of other areas where quantum technology is expected to make transformative impacts.

Some of these include:

Concerning this research on military applications of quantum technology, Krelina is careful to note that obtaining specific info is naturally hard, given the classified nature of much of the research:

But even given those caveats, the recent DARPA call to tech companies reported by Nextgov, clearly shows that the U.S. government very probably has “Manhattan Project”-like ambitions concerning the second quantum revolution.

Nextgov noted that DARPA has released a detailed solicitation for entities and organizations interested in creating a fault-tolerant quantum computer (FTQC). They’re invited to submit initial proposals by 23 March, 2022.

“We want to go into this with our eyes open, knowing that there's a lot of companies who are already doing this,” said DARPA’s Altepeter.

Are China and Europe likely just as engaged in the Quantum arms race? No doubt.

Meanwhile, the current world crisis of the Russia-Ukraine conflict, riddled with political and diplomatic blunders, has the world on the edge of another nuclear crisis, courtesy of the first quantum revolution.

The state of affairs demonstrates again how technological innovations should never be confused with automatically equating to human progress. The unbounded quest for god-like powers which technology is delivering at an ever faster pace, comes with an unbound hubris that we are capable of wielding that power for an overall good.

Would it be better for humans to recognize that the quest for unlimited technological advancement may have the most ironic and perverse outcomes imaginable, given the limits of human nature?

Technocratic elites have an answer to that, of course. With quantum technology, AI, robotics and genetic manipulations of biopharma, they intend to change humans too.