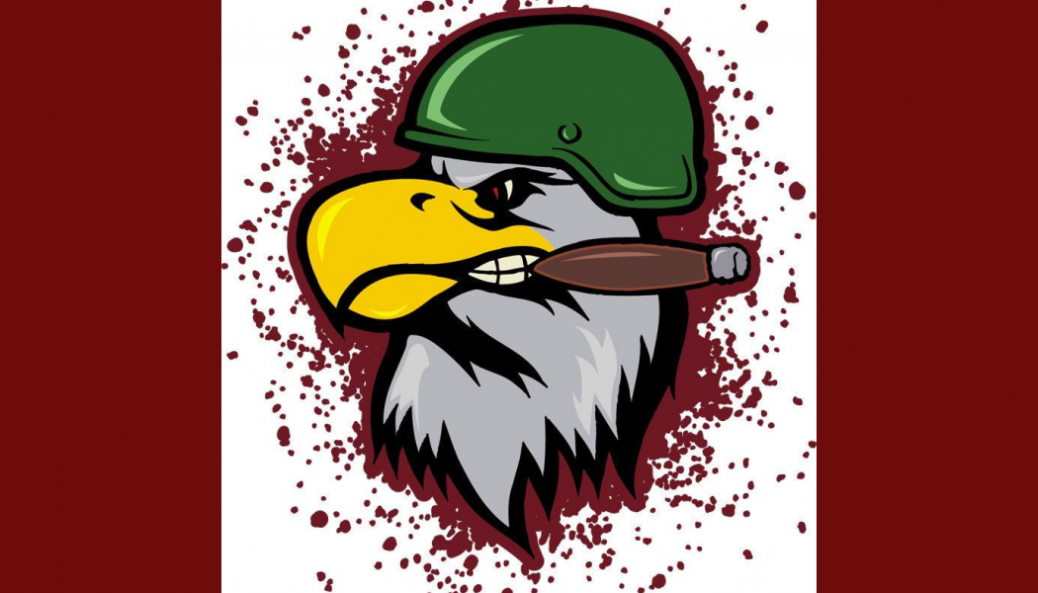 There is a constant mainstream media bullshit line that “If only women were in charge, there would be no war. Forgetting about the long list of women warmongers including Margaret Thatcher, Indira Gandhi, Hitlery Clinton, Samantha Power, Susan Rice, Condoleezza Rice, Madeleine Albright, etc., the lady now leading the war charge is the President of the European Commission, Ursula von der Leyen.

Having now become a media darling due to her anti-Russian rhetoric and undying “support” of the Ukrainian war effort against its much-bigger foe, she has promised to fight Russia until Ukraine declares victory in their war with Moscow.

Last week, von der Leyen promised that the EU will continue to support Ukraine as long as weapons are being fired in Ukraine. She warned recently, “I want to make it very clear—the sanctions are here to stay. This is the time for us to show resolve, not appeasement.”

Von der Leyen’s comments come at a time when Ukraine is staging a major offensive to retake land seized by Russian forces. Reporters are not on the front line so specific details about these gains are murky. If you are to believe Kyiv, Russian troops fled the city of Izyum, which is considered a logistical hub in north-eastern Ukraine, according to the BBC.

She gave a speech in support of Ukraine on Wednesday—during a state of the union – and The New York Times gushed, “She stood in a yellow and blue outfit to match the colors of the Ukrainian flag in a visual statement of support, and with the stars of the European Union standard perfectly arranged like a Halo behind her, she spoke for an hour about courage, victory, and sacrifice. It was a carefully designed appearance replete with symbolism.”

She told the audience that the EU should have heeded the warnings from Baltic countries years ago who said Russian President Vladimir Putin is not to be trusted. On Thursday, she told Bild, the German news outlet, that Putin “must lose this war and must face up to his actions, that is important to me.”

She said there is now no doubt that Russia has committed war crimes during its conflict.

“That is the basis of our international legal system, that we punish these crimes. And ultimately, Putin is responsible,” she said.

TRENDPOST: The Trends Journal stands by its forecast that the longer the war drags on the more people will die needlessly. (See “BALTIC STATES TALK TOUGH WHEN IT COMES TO DEFEATING PUTIN,” “WARMONGERS ON PARADE: WEST SENDS MORE WEAPONS TO UKRAINE TO KEEP THE KILLINGS GOING,” “EUROPEANS SUFFER: MORE SANCTIONS, LESS GAS.”)

The support for Ukraine in the Western media is more than just cheering the forces on. You must stand behind Ukraine 100 percent and vow continued support until Vlodymyr Zelensky declares victory. Anything short of that is banned in an eerily similar way that questioning COVID-19 vaccines were barred.

Henry Kissinger, the former secretary of state, saw immense backlash when he said Ukraine may have to consider ceding land if there is going to be an end to the conflict.

French President Emmanuel Macron, one of the few Western leaders who spoke with Putin, also received backlash when he warned that the Russian leader should not be embarrassed on the battlefield.

Kyiv, with the help of Washington, has brainwashed the public into believing one side of the same story.  There is no question when the Biden administration vows another $1 billion in weapons to keep bloodying the Ukraine killing fields, and there is hardly any information on Ukrainian losses. Instead, the narrative is that it’s just Russian troops and a 5-year-old Ukrainian who are dying.

Von der Leyen used the plenum to talk about the energy crunch in Europe due to sanctions imposed on Russia.

She described Russia as a failing state, and talked about the desperation of Russian troops still in Ukraine. She said Russians are paying for Putin’s “trail of death and destruction.”

“It is the Kremlin that has put Russia’s economy on the path of oblivion,” she noted.

She accused Russia of manipulating the energy market and said the Kremlin would rather “flare the gas instead of sending it to Europe according to the contracts.”

“We have to decouple the dominant influence of gas on the price of electricity,” she said. “This is why we will do a deep and comprehensive reform of the electricity market.”

The EU is looking to increase the taxes on energy producers that are making higher profits during the face-off with Russia, like non-gas energy, including nuclear. She believes the windfall tax could bring in €140 billion.

“These companies are making revenues they never accounted for, they never even dreamt of. It is wrong to receive extraordinary record profits benefiting from war and on the back of consumers,” she said.

CNN, citing the commission, noted that one option would be to introduce a cap of €180 per megawatt hour on the electricity produced by renewable energy firms.

The statement reportedly said that member states should tack on an “extra tax on any profits that exceed the average earnings for the past three years by more than 20 percent.”

“They have to pay a fair share,” she said.

TREND FORECAST: No, it is not “the Kremlin that has put Russia’s economy on the path of oblivion,” as Ursula von der Leyen states. It is the EU’s economy that is suffering from the sanctions they have imposed on Russia. Not a peep from her that Germany's economy is already contracting. And when winter sets in, the Bundesbank has warned that the natural gas crisis will worsen. "Economic activity may pull back somewhat this quarter and shrink markedly in the autumn and winter months," the central bank said, according to Reuters.

Prior to the sanctions, Russia supplied about 40 percent of Europe's gas. Therefore, with inflation rising and economies declining the blame will continue to be placed on Russia rather than EU politicians that imposed the sanctions. And, the worse economic conditions decline, the more NATO and the U.S. will ramp up war against Russia.

As Gerald Celente notes: “When all else fails, they take you to war.”