WANT A FREE DONUT? GET VACCINATED 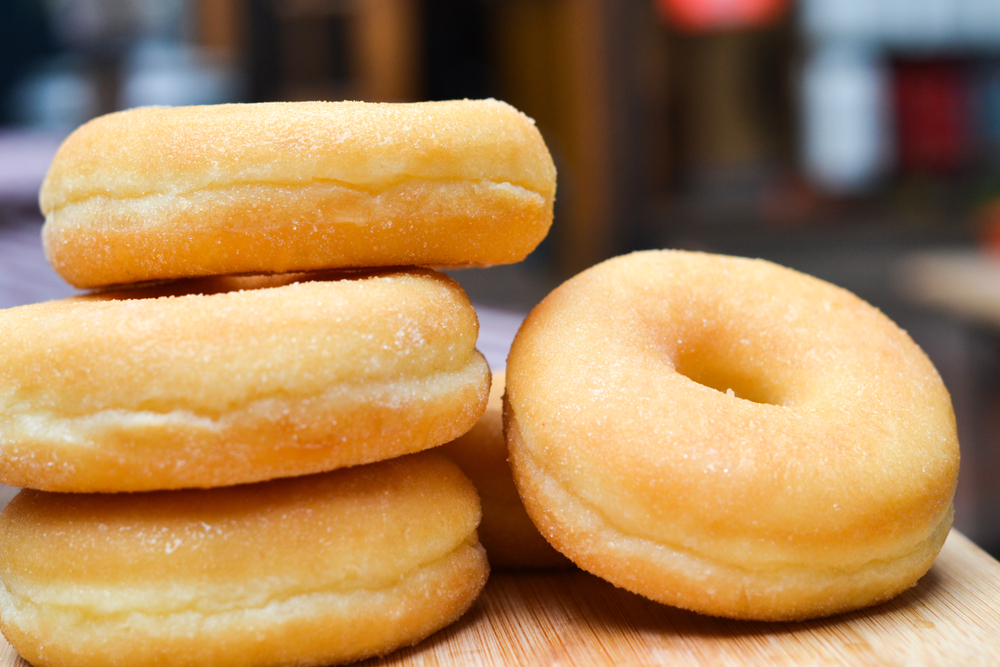 You can’t make this up. If you wanted one line to sum up why the “American Dream” is becoming more like a “Nightmare,” it could be this line published on the CNBC website on 23 March:

“Krispy Kreme Doughnuts is offering anyone—employed or not—with proof of a COVID vaccination a free doughnut.”

The promotion makes clear that if you can confirm a jab, the offer is, as The New York Times reported on 24 March, “One glazed doughnut per day for the rest of the year.”

The promotion was tweeted by the Krispy Kreme Donut company on 22 March:

“We’d like to show sweet support to those who have received the COVID-19 Vaccine. Starting today, bring your Vaccine Card to a Krispy Kreme shop and get 1 FREE Original Glazed doughnut. No chance to get your Vaccine? This will run thru end of 2021.”

One of the main reasons the U.S. has suffered the highest number of COVID-19 deaths in the world is in large part (pun intended) due to its epidemic level of obesity.

As readers of the Trends Journal well know, among those most vulnerable to COVID-19, in addition to the obese, are those with type-2 diabetes, heart disease, and high blood pressure, all of which are exacerbated by an American diet overloaded with sugar.

More people are becoming addicted to fast, processed food, laden with salt, sugar, and unpronounceable chemicals with devastating results to health… Indeed, life expectancy in the U.S. is expected to be only slightly better than that of Bangladesh, a country with considerably lower income.

So, the delicious irony of the Krispy Kreme promotion to encourage Americans to protect their health with an unproven vaccine (one that has not yet received FDA approval) by consuming more sugar and processed chemicals is not lost on anyone paying attention.

While no one can say for sure how successful the vaccinations will be long-term – they were rushed into use through the Emergency Use Authorization despite using a never-before administered mRNA technology – what is known for certain are the severe health risks of a sugar-saturated diet.

The mainstream media is glad to play along with the vaccine cheerleading campaign. MSNBC.com, reporting on these new, promotional incentives to get Americans shot in the arm, opens their article with the line:

“Getting America vaccinated will go a long way toward helping the country return to some sort of normal. Now some businesses are doing their part to sweeten the pot.”

“Helping the country return to some sort of normal”?

The new “normal,” then, is complacency about some 70 percent of Americans being either clinically obese or significantly overweight.

The Krispy Kreme donut promotion is a perfect “vicious cycle”: motivate Americans to get vaccinated as the solution to COVID-19 while eating the junk food that is making them fat and more vulnerable to the virus.

The “Get a jab, get a donut” promotional campaign came under fire from some health advocates. Former Baltimore Health Commissioner Dr. Leana Wen tweeted,

“If someone indeed eats an Original Glazed #KrispyKreme donut every day as your offer provides, and changed no other aspects of their diet/exercise, they’d gain approximately 15 pounds by the end of 2021.”

The CEO of a smoking cessation website, Eugene Gu, tweeted,

“I can’t believe people actually fall for this propaganda... amazing how many weak minded gullible ignorant people are walking around this planet right now... throw your life away... reprogram your DNA... all for a card showing you cooperated…and a donut.”

Krispy Kreme CEO Mike Tattersfield defended his company’s campaign in an interview with Yahoo Finance last Saturday: “Folks that want to get a vaccine, if they decide to combine a Krispy Kreme pickup [for] a doughnut, they can. That’s how we look at it ... generosity.”  (Note: without question, the donuts are adding to the “generosity” of the American waistline.)

Tattersfield added, “I drop off a lot of doughnuts to the healthcare system. They’re very appreciative, given the days that they have to work... people are always looking for a little sweet treat break. It’s okay.”

Some medical professionals endorsed the promotion. Dr. Ashish Jha, a physician and dean of the Brown University School of Public Health, tweeted:

“Pleased @krispykreme is offering up free daily donut for those who have been vaccinated. If that sweetens the deal for you to get vaccinated, I’m all in. And right now, I’d rather not hear about donuts and weight gain Pandemic, people. Pandemic.”

TRENDPOST: Only in America can dropping off baskets of junk food to healthcare workers be considered normal.

As for Dr. Jha, the dean of Brown University School of Public Health, a photo depicts him as being a man with a bulging belly... hardly representative of natural healing or someone fit/in top shape, thus a junk food supporter.

It should also be pointed out that the Yahoo Finance article (following in line with mainstream media like CNBC), in defending vaccines and junk food, had this line in its report: “The donut chain’s well-meaning (and literally sweet) incentive sparked some backlash on social media.”

“Well-meaning?” To whom? As Americans get fatter, Krispy Kreme’s bottom line gets fatter along with them.

As Yahoo Finance puts it, “The company may be on its way to an even bigger year in sales if customers get lured in by the prospect of a free donut every day of the year.” (In 2019, Krispy Kreme generated $887 million in sales.)