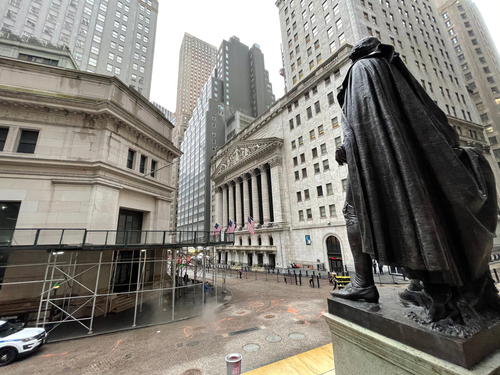 Insider trading, even by those who are supposed to be regulating the financial industry, has been the topic of a number of Trends Journal articles; see, for example, "FED TIGHTENS TRADING RULES AFTER SCANDAL FORCES RESIGNATIONS" (26 Oct 2021), "BANKSTER BANDITS: CRIME SYNDICATE COVER UP" (16 Nov 2021) and "FED ETHICS? FU!" (21 Sep 2021). Also "MORE PANDEMIC SHADY TRADES AT THE FEDERAL RESERVE?" (5 Oct 2021); "BANKSTER BANDITS GET RICHER PLAYING THE INSIDE TRACK" (14 Sep 2021); and "FED’S KAPLAN SIGNALED CONFLICTS IN DISCLOSURE FORM" (21 Sep 2021).

One indication of the extent of unethical activities is the enormous dollar value of fines levied by the Securities and Exchange Commission, which is responsible for 70 percent of such enforcement actions in the industry.

The Wall Street Journal reports, on 20 November, that although the total of SEC fines has dropped, from the $4.6 billion collected in 2020 to the mere $3.9 billion in the fiscal year that ended in September, some companies are still shelling out hefty sums for their transgressions. One of those is McKinsey & Co., a consulting firm.

The SEC didn't accuse McKinsey of insider trading; instead, it alleged that the firm had inadequate safeguards in place to prevent insider trading by its partners, who had access to inside information on companies for whom McKinsey was handling bankruptcy proceedings.

In order to settle those allegations, McKinsey agreed to pay $18 million, and the matter was put to rest without McKinsey having to either admit or deny any wrongdoing. In 2019 McKinsey had paid $15 million to settle allegations made by the Department of Justice.

TRENDPOST: Pres. Biden recently heaped praise on Jerome "Jay" Powell as he announced he was re-appointing Powell as Chairman of the Federal Reserve. Powell had been at the Fed's helm when two regional presidents had to step down amid a scandal for insider trading was also under scrutiny over insider trading; see "FEDERAL RESERVE'S CHAIRMAN COMES UNDER SCRUTINY" (26 Oct 2021).

In some industries, being in charge of an institution whose officers breached the institution's own rules might be seen as poor judgement and a failure of leadership; in the financial industry, it causes nary a ripple.