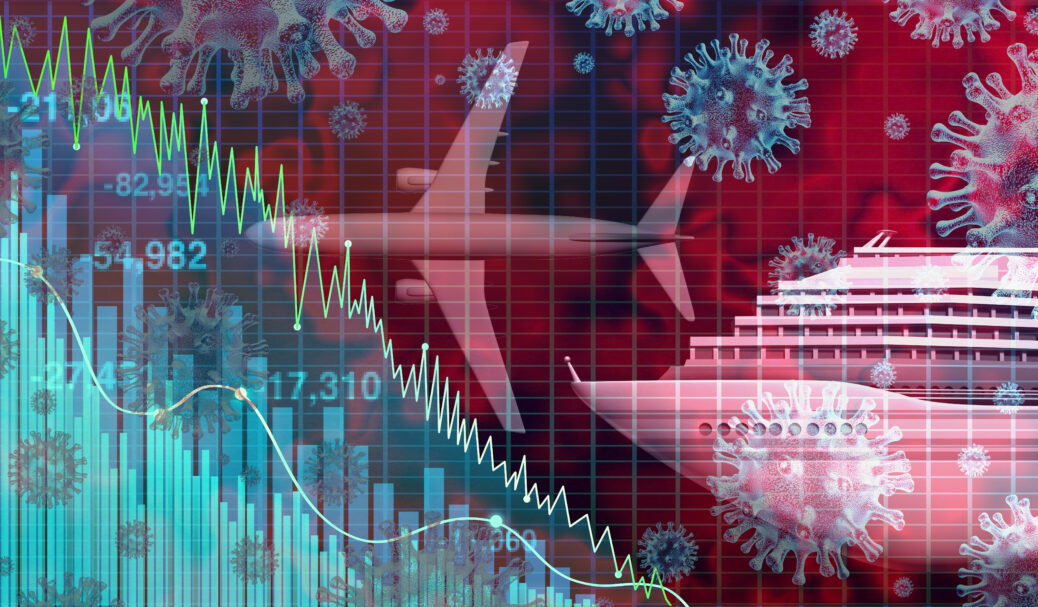 The virus panic has crushed airline travel, with passengers canceling reservations in droves and airlines canceling thousands of flights, including lucrative transatlantic hops.

In late February, the industry estimated it had lost $30 billion in canceled flights to and from China alone, which by some estimates totaled 25,000 flights a day.

Virgin Atlantic has reported a 40-percent drop in bookings now compared to March 2019. Southwest Airlines expects to lose as much as $300 million in first-quarter ticket sales.

Delta has cut back flights to Japan; United Airlines is reducing flights to Europe and Asia by 20 percent and domestic U.S. flights by 10 percent. FinnAir has canceled 1,100 flights so far.

Flybe, Europe’s largest regional airline, has closed down and filed for bankruptcy.

The International Air Transport Association, or IATA, had estimated a 4.7-percent boost in air travel this year. But its data shows only a 2.8-percent gain so far this year. The group says that the airline industry could lose $113 billion this year due to the virus.

The price of airline stocks is down about 25 percent since the virus outbreak began. During the 2003 SARS global virus outbreak, share prices in the aggregate dropped about 4 percent.

“We’re in a crisis zone for airlines,” said Brian Pearce, IATA’s chief economist. Pearce continued, “The situation has rather dramatically accelerated over this last weekend.”

To halt losses, airlines have stopped hiring and suspended investments in new planes and other equipment.

“The name of the game is to hunker down, reduce costs by paring schedules as far as possible, seek capital cost reductions, enjoy the lower fuel prices… and ensure that when the crisis ends… you’re still in business.”

Airline executives warn that many carriers will seek government aid to recover from the crisis and stay in business.

Some U.S. officials are beginning to talk openly of bailing out airlines to ensure that the country has a domestic airline industry.

Cruise ship operators Carnival, Royal Caribbean Cruises, and Norwegian Cruise Line Holdings are expected to lose about $550 million this year due to the virus.

The companies’ collective stock value is down about 30 percent since January, erasing roughly $19 billion in market value.

The market for cruises in Southeast Asia has disappeared and Japan’s Luminous Cruise line has filed for bankruptcy. Ships plying the Mediterranean Sea are now about 60 percent full, compared to the usual 75 percent at this time of year.

Liberty Travel, a New Jersey agency, says cancellations of European vacations are 22 percent above normal and customers are rerouting their trips to domestic locations or the Caribbean islands.

Amtrak, the U.S. passenger railroad, has canceled its nonstop service between New York City and Washington, D.C. until 10 May.

Meanwhile, it’s upping its car-cleaning schedule, in some cases to hourly, and making disinfectant wipes and antibacterial gel freely available on trains and in stations.