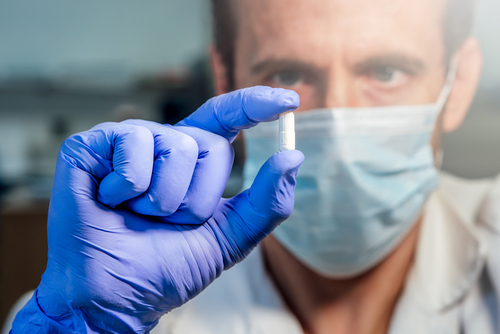 First, the bad news. Actually, it's not really "news" to report that the highly-touted COVID vaccines, once hyped to the public as the miracle cure that would vanquish the deadly virus once and for all—see "VACCINE WILL SAVE THE DAY" (28 Apr 2020)—have exhibited significant loss of effectiveness over time.

Numerous Trends Journal articles have addressed this; see, for example:

But now Reuters tells of a new study which finds that, at least in the case of the Pfizer-BioNTech shots, levels of vaccine-induced antibodies which have the power to neutralize the original strain of COVID-19 drop, by a factor of 10, within 7 mos. of the original dose.

Furthermore, in half the patients studied, neutralizing antibodies which are effective against variants—such as Delta, Beta and Mu—were undetectable 6 mos. after the second dose.

The researchers point out that such neutralizing antibodies are not the immune system's only means of defense against the virus, but they are "critically important" in protecting against infection.

TREND FORECAST: Totally absent Presstitutes reporting and government mandates is the hard fact that the COVID Jab was sold to the public as having a 96 percent efficacy rate: Two shots and it’s over. Never COVID again... safe for the rest of your life.

That lie has now changed. So, what's the conclusion? Booster shots will be needed 6 to 7 mos. after the initial dose to enhance protection against COVID-19 and its variants. Quelle surprise! Of course, this is good news if you're making, selling or otherwise promoting booster shots.

And Now, Some Good News?

The same Reuters story reports that pharmaceutical giant Merck & Co. has entered the fray with a pill to fight COVID.

The company announced on 1 October that its experimental, orally-administered antiviral drug for COVID-19, Molnupiravir, tested on mild to moderately infected patients who had severe risk factors, cut patients' hospitalization and death rates in half.

The article quotes Amesh Adalja, of the Johns Hopkins Center for Health Security: "An oral antiviral that can impact hospitalization risk to such a degree would be game changing."

The drug operates by introducing errors into the virus's genetic code. It would be the first anti-COVID-19 drug in pill form.

TRENDPOST: Merck intends to seek Emergency Use Authorization from U.S. Food & Drug Administration; this was the route taken to rapidly bring the COVID vaccines into distribution. The procedure allows the FDA to recommend that a drug or vaccine, which has gone through only a few months of trials, be released to the general public; it usually takes several years to determine potential long-term health consequences. See "FDA APPROVES U.S. VACCINE" (15 Dec 2020).