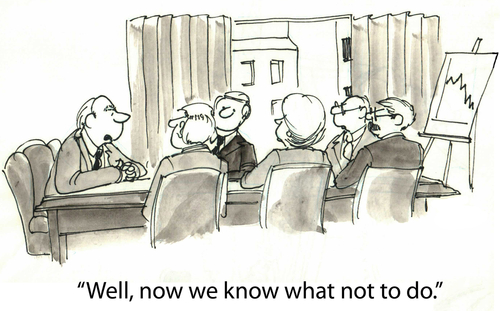 Contrary to the policies of many other countries and the recommendation of the World Health Organization to give a third shot only to those with the highest risk, Israel chose to administer a third shot to everyone over 12. Over 4 million Israelis got the booster, and the infection rate was markedly reduced.

Naturally, it was hoped that the booster would provide longer lasting protection than the two prior shots, protection levels from which had already been shown to diminish significantly over time.

Now, according to the Jerusalem Post on 16 November, preliminary findings from an Israeli study based on 1.3 million records appear to confirm not only an overall decline in protection after four to six months, but a similar decline for boosters as well; it also appears to show that such declines are unrelated to the age of the vaccinated person.

The article notes that the study was conducted while the Delta variant was "burning across the country," and while many believed Delta was responsible for increased infections in Israel, the study indicates the variant may have been less a factor than thought.

This past Saturday, the Israel’s Ynetnews.com reported that a fourth COVID Jab would be coming soon and Israeli Health Ministry Professor Ash speculates beyond a fourth shot, Israelis may have to take additional booster shots from time to time as vaccine protection wanes: "It's probably a matter of time, and the question is how long,” said Ash. “If [vaccine protection] lasts for a year, we'd be delighted... In any case, it probably will not last many years, even the booster shot, and we will have to keep getting vaccinated from time to time. I hope it will be a year or more."

TRENDPOST: As we reported back on 21 September 2021, there were grave concerns about the efficacy of booster shots... and they were not “conspiracy theories. In the Trends Journal article, “NEW LANCET ARTICLE DOUBTS CASE FOR BOOSTER SHOTS,” we quote an international paper published on 13 September 2021 in The Lancet medical journal:

Careful and public scrutiny of the evolving data will be needed to assure that decisions about boosting are informed by reliable science more than by politics. Even if boosting were eventually shown to decrease the medium-term risk of serious disease, current vaccine supplies could save more lives if used in previously unvaccinated populations than if used as boosters in vaccinated populations.”

We noted that the authors also cautioned against possible side effects from boosters, including heart inflammation, which has been particularly prevalent in young males compared to other groups. The possibility of boosters triggering elevated incidence of Guillain-Barre syndrome and other maladies was also mentioned.

As the news broke from the major peer-reviewed medical journal, even MSM news outlets were compelled to cover the story. A CNBC headline, for example, admitted “Data shows Covid booster shots are ‘not appropriate’ at this time, U.S. and international scientists conclude.”

TRENDPOST: In this and previous Trends Journals we have reported extensively on the vaccine rollout during Operation Warp Speed and the subsequent rush to get the third jab into American arms. (See “BIDEN’S BOOSTER PLAN: VAX YOU,” "ISRAEL: COVID DRUG MUCH LESS EFFECTIVE THAN WHAT WE'VE BEEN SOLD," and “COVID BOOSTERS ARE THE FUTURE.")

TREND FORECAST: While findings like these make some people question the whole vaccination narrative, those who have a vested interest in promoting and perpetuating that narrative will no doubt cite these findings as evidence that more boosters will be needed, with no end in sight; see "DRUG LORD: COVID IS 'FOREVER'" (19 Jan 2021).

TRENDPOST: Totally absent from the “reporting” by Presstitutes are the facts that, as we have noted, a year ago the Drug Lords and governments were selling the line that the COVID Jab was over 90 percent effective and two jabs would do the job.

Pfizer drug lord Albert Bourla, squawking on CNBC Squawk Box, bragged that the “Pfizer and BioNTech coronavirus vaccine was more than 90% effective in preventing Covid-19 among those without evidence of prior infection, hailing the development as “a great day for science and humanity ... I think we can see light at the end of the tunnel. I believe this is likely the most significant medical advance in the last 100 years.”

Indeed, as we have detailed, the Pfizer vaccine, according to the Israeli Health Ministry, has only a 39 percent efficacy rate. And while Bourla spread “misinformation” about the efficacy rate of the Pfizer COVID Jab a year ago, last Tuesday he claimed that anyone spreading misinformation” about his company’s vaccine, “Those people are criminals.”