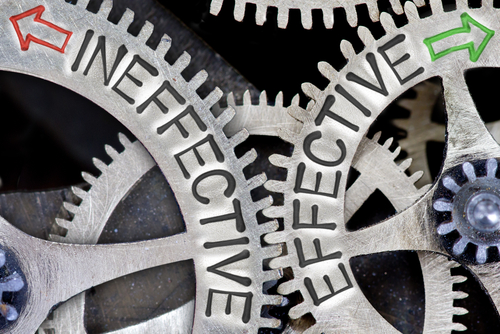 To all the studies indicating that the protection afforded by the COVID vaccines (and the Pfizer vaccine in particular) is short-lived, another can now be added. The Daily Sceptic reports, on 6 October, on a study conducted between 14 December 2020 and 8 August 2021 by The Lancet.

The subjects were 3,436,957 people, all over the age of 12 and all enrollees of Kaiser Permanente Southern California. It compared fully vaxxed persons to unvaxxed, and found that 5 months after the second dose, the Pfizer vaccine's effectiveness dropped from 88 percent to 47 percent. Similarly, protection against the Delta variant dropped from 93 percent to 53 percent after only 4 months.

The Lancet study also concluded that a history of prior positive COVID-19 tests was insignificant to the results. The Daily Sceptic's article notes that the Lancet study may have ended too soon to adequately address the effectiveness against the Delta variant, but it alludes to a different U.K. study indicating that, within 3 months, the AstraZeneca vaccine was powerless to prevent Delta transmission, and the Pfizer shot was hardly better.

Perhaps being true to its name, the Daily Sceptic observes that "One of the main recommendations of the authors of both studies...is for regular booster jabs—in the case of the first, where many of the authors are employees of and investors in Pfizer, this may be deemed hardly surprising." See "COVID BOOSTERS ARE THE FUTURE?" (10 Aug 2021).

And because, while effectiveness against infection clearly wanes but effectiveness against serious illness seems to hold up, the Daily Sceptic dares to ask, "Why give people boosters just to stop them getting and spreading what is effectively a cold, and which bestows more robust immunity as it goes?"

And then the article proceeds, in what appears to be a further challenge to the official narrative, to ask, "If the effectiveness declines after as little as three months, is it even possible to deliver enough boosters to have any impact on infection and transmission? Would it not be much better to say that the vaccines, by offering personal protection from serious disease to those who want it, have done their job?" and concluding with "Better to move on and abandon any ideas of vaccine passports and mandates and boosters, and in general the now almost wholly pointless obsession with COVID vaccines."

TREND FORECAST: The Trends Journal reported "ISRAEL: COVID DRUG MUCH LESS EFFECTIVE THAN WHAT WE’VE BEEN SOLD" (27 Jul 2021)—indicating that the efficacy level of the COVID Jab was not maintained in persons 65 and older.

And, as the data proves, this is the most vulnerable age group to die from the virus. Indeed, as we reported last week, according to the Centers for Disease Control and Prevention, less than 500 people in the U.S. under the age of 20 have died of the virus since the COVID War began 19 months ago. (See “VAX KIDS? MORE DROWNED IN THE U.S. THEN DIED OF COVID”)

Again, it was a total lie that was sold to the public by the Drug Dealers back in November and December 2020 when they said the COVID Jab had a 96 percent efficacy rate. But now they are pushing for “Booster Shots” as we had warned they would back on 27 April of this year.

“Barely reported in the U.S. media was the statement last Wednesday by Dr. Özlem Türeci, co-founder and Chief Medical Officer of BioNTech (which developed a COVID vaccine with Pfizer), who told CNBC that people will need a third shot of the two-shot vaccine. She also indicated that like the seasonal flu, people will need to get their COVID jab annually.

Using CNBC as their shill network, as we reported in last week’s Trends Journal, Pfizer CEO Albert Bourla told the network people will “likely” need a third dose. We wrote: Go back to when so-called health experts, politicians, and the media began selling the COVID Jab.

The line was that after two jabs, you’d live happily ever after, COVID-free for the rest of your life. In a blink of a Drug Lord’s eye, that line changed. Last Friday, this was the CNBC headline: Pfizer CEO Albert Bourla said people will ‘likely’ need a third dose of a COVID-19 vaccine within 12 months of getting fully vaccinated.

Earlier this month, Pfizer put out a press release stating its clinical trial showed the vaccine to be effective six months after a second shot. But the CNBC report clarifies that “more data is still needed to determine whether protections last after six months.”

Less than a month after the U.S. Food and Drug Administration approved Pfizer booster shot, this Thursday and Friday the FDA is expected to approve the extra shot of the Moderna and Johnson & Johnson vaccines.

To date, some 44 percent of Americans are not fully jabbed, thus there will be an irate tireless minority who will fight not to get the vaccine. This will, as we had long noted, be the foundation of a new anti-vax, anti-establishment political movement.