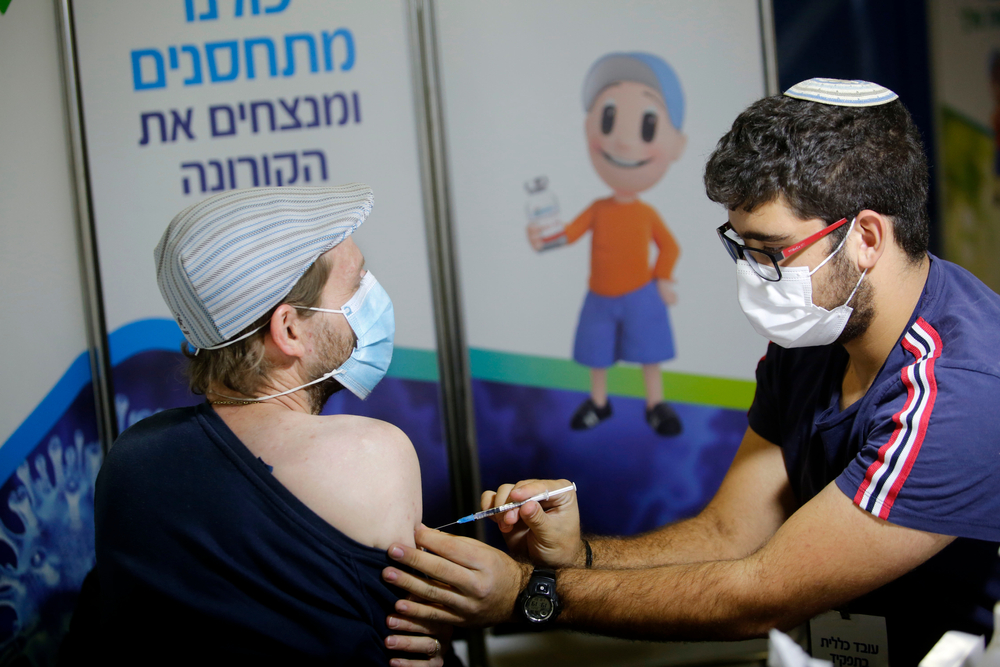 The governments of Australia and Israel put new restrictions in place in response to the spread of COVID-19 and the Delta variant that has raised concerns about the effectiveness of vaccines.

“We are now starting to see increases in transmission around the world,” Tedros Adhanom Ghebreyesus, the head of the World Health Organization, said. A report in The Wall Street Journal said the variant is now in at least 85 countries and is expected to become the dominant strain in the U.S. by next month.

In the report, Indian officials said the Delta variant, which is also known as B.1.617.2, has mutated into what health officials have already called Delta Plus. There is no indication that Delta Plus is any more contagious or deadly than Delta.

Nachman Ash, the coronavirus czar in Israel, announced on Thursday that the country will reimpose the mask mandate and pointed to new outbreaks in Kfar Saba, Ramla, Herzliya, according to The Times of Israel. The Delta variant is believed to be in 70 percent of the new cases. Israel announced on June 15 that it would no longer enforce the indoor mask mandate.

Both Ash and Prime Minister Naftali Bennett have warned the public against traveling abroad unless it is absolutely essential. The report said that Ash recommended anyone who's been in contact with someone infected to get tested right away, whether or not the person possibly exposed was vaccinated.

The paper reported that Bennett announced that the government will reestablish a coronavirus cabinet even though the country is one of the most vaccinated on earth, with about 80 percent of the adult population having received both Pfizer jabs. The Journal’s report said that about half of all adults who have been infected with the virus were vaccinated.

More regions in Australia have also announced further restrictions due to the Delta variant. The Wall Street Journal reported that the city of Darwin, which is in the northern part of the country, was placed on a 48-hour lockdown because 15 mine workers could not be located after returning from a job where there was an outbreak of four cases.

“The safest thing to do is to assume the worst, assume they are positive and assume there are exposure sites,” Michael Gunner, the Northern Territory chief minister, said. Sydney also began a two-week lockdown on Saturday after an outbreak in Bondi, the beach suburb.

Gladys Berejiklian, the premier from New South Wales, called it the “scariest time that I felt since the pandemic started.” She announced that a stay-at-home order will be implemented for the region. Videos emerged on social media that showed lines of shoppers inside supermarkets gearing up for the new restrictions. Berejiklian said a 3-day lockdown would not work when dealing with the Delta variant. She said that about 80 percent of the population will need to be vaccinated before she considered completely abandoning travel restrictions.

“This is in order for us to ensure that this doesn't take a hold for weeks and weeks, and we believe this is a proportionate response to the risk,” Berejiklian said, according to NPR. She was asked by a reporter why she did not use the word “lockdown” in her description of what she was imposing, and she responded: “You can use whatever word you want.”

“No matter what defensive steps we’re taking at the moment, the virus seems to understand how to counter-attack,” he said.

Residents in metro Sydney were told not to leave the city and residents cannot have more than five visitors to their homes. People in the city will be forced to wear masks in any indoor setting outside their homes and singing will be banned at indoor venues, including places of worship.

Dr. Mariangela Simao, the World Health Organization’s assistant director-general, said those who are vaccinated should not “feel safe.”

“Vaccine alone won’t stop community transmission,” Simao said. “People need to continue to use masks consistently, be in ventilated spaces… hand hygiene, the physical distance, avoid crowding. This still continues to be extremely important, even if you're vaccinated when you have a community transmission ongoing.”

The Delta variant has been called the fastest and fittest coronavirus strain yet as it can be “more lethal because it's more efficient in the way it transmits between humans and it will eventually find those vulnerable individuals who will become severely ill, have to be hospitalized and potentially die,” Dr. Mike Ryan, the head of WHO’s health emergencies program, said.

Sydney, which has nearly 5 million residents, recorded 29 new cases on Thursday, just prior to the lockdown. On Friday, there were another 22 cases. This is the first time the city was placed on lockdown since December.

Law enforcement in the city said they will use various techniques to monitor the population, including license plate recognition technology. The Delta variant also prompted New Zealand to pause its quarantine-free travel bubble with Australia. The BBC pointed out that this is the first time since the outbreak that the travel pause between countries includes all of Australia.

“I acknowledge the frustration and inconvenience that comes with this pause, but given the high level of transmissibility of what appears to be the Delta variant, and the fact that there are now multiple community clusters, it is the right thing to do to keep COVID-19 out of New Zealand,” said Chris Hipkins, New Zealand’s coronavirus response minister.

A traveler from Australia who was diagnosed with COVID-19’s Delta variant reportedly put the entire country of about 5 million on edge. The Associated Press reported that the island nation has had zero community transmissions in the past four months after taking a zero-tolerance approach to the virus.

New Zealand recorded a total of 2,720 cases since the start of the outbreak and 26 deaths, which accounts for about a 98.2 percent recovery rate, Al Jazeera reported.

The report pointed out that only about 13 percent of adults in the country have received the vaccine. The AP reported that there were zero confirmed new cases in the country, but authorities have said residents in about a dozen locations have been asked to self-isolate for two weeks.

TRENDPOST: Brad Hazzard, the New South Wales health minister, has been forced into isolation after possible exposure to COVID-19 despite the fact that he has been fully vaccinated with the AstraZeneca jab.

Other health officials have warned of the Delta variant and questions about the effectiveness of all vaccines, which circles back to the question: What was the point of getting vaccinated if you still have to wear masks and maintain social distancing? And if you are vaccinated, and are placed on lockdown, how are health officials supposed to gauge the effectiveness of these vaccines?

A recent report pointed to the United Kingdom, where about 81 percent of the population has received the first jab of the vaccine. There have been 12,000 cases a day there and 27 deaths on Thursday.

Professor Brendan Crabb, a microbiologist and director of the Burnet Institute, said in a recent interview that any change in disease transmission would require a “high proportion of people having two doses, and potentially a booster.”

Is anything short of zero new cases a failure and good reason to shut down entire cities?

Crabb’s assessment is far from encouraging. We see what is happening in Israel—which was the benchmark in getting jabs into the arms of its citizens. President Biden’s ambitious goal of getting 70 percent of American adults at least one jab before the Fourth of July will not happen.

Most people who have received the vaccine did so grudgingly, with the hope of returning to how life was when the New Year’s Eve ball dropped in 2020. But we are slowly learning that that will not happen, and health officials will still force restrictions, even for the vaccinated population.

Americans will not get shots if they will still be sentenced to mask-wearing.