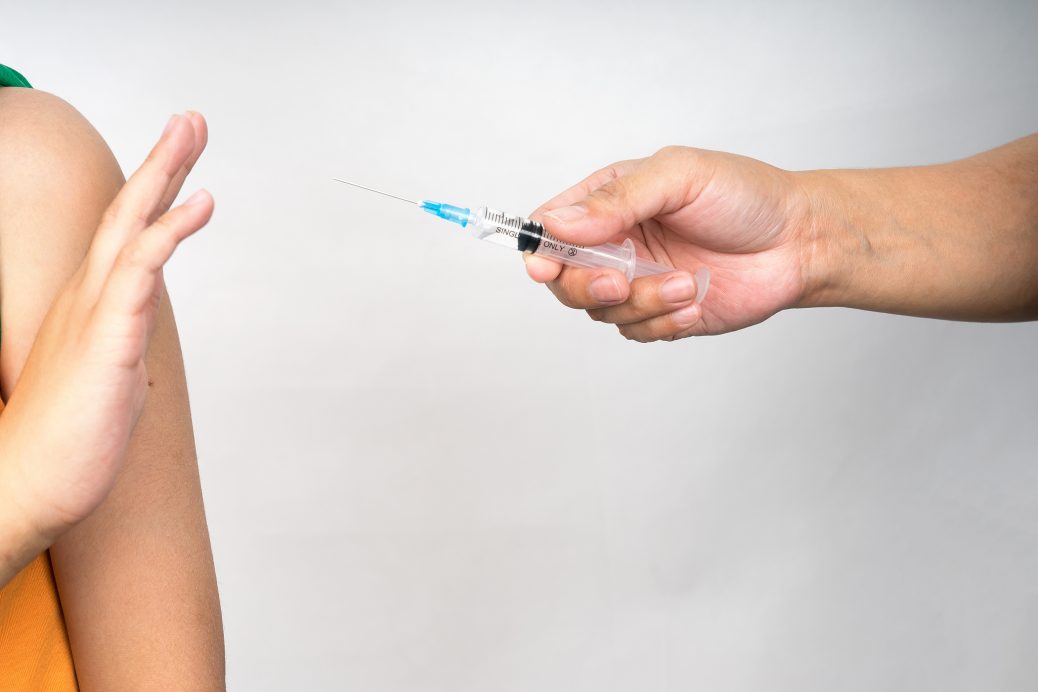 As Gerald Celente often mentions in his “Trends in The News” videos, Wall Street “experts” and politicians continually parrot the line that the economy will only bounce back when a COVID vaccine is available.

The same is true from the political dictators running nations and states.

In America, Governor Phil Murphy, the lockdown master of New Jersey, declared, “Until either a proven vaccine is in our midst… we cannot firmly enter the new normal (a.k.a. the new “ABnormal”).

Same with Michigan Governor Gretchen Whitmer, who proclaimed, “We need a vaccine, and we need to have mass quantities available.”

Eric Garcetti, the mayor of Los Angeles, said to his locked-down constituents, “We won’t be completely open until we have a cure.”

Illinois Governor J.B. Pritzker announced, “I know that we all have a passionate desire to return to the sense of normalcy that we felt before the world knew of COVID-19. Here’s the truth… until we have a vaccine… the option of returning to normalcy does not exist.”

On the global front, in South Africa, where the very poor and desperate are “guinea pig central” for vaccination testing, Oxford University’s Jenner Institute will inoculate two thousand South Africans with their experimental vaccine.

“Billions of people today await a vaccine that is our best hope of ending this pandemic,” said South African President Cyril Ramaphosa.

One of the poverty capitols of the world, in which people were taking to the streets to protest the lack of basic living standards, crime, and government corruption prior to the virus hysteria… of a population of 58 million, some 5,000 have died of the virus in South Africa or 0.008 percent.

Last week, Prime Minister of Canada, Justin Trudeau, along with the leaders of seven other nations, published an article stating a vaccine is “the most powerful public health tool.”

To date, there are 8,852 virus deaths in Canada with a population of nearly 38 million, of which 80 percent were from nursing homes.

Responding to the growing anti-vaccination trend, Dr. Anthony Fauci referred to the anti-vaccinators as having a “general anti-science, anti-authority, anti-vaccine feeling.”

Globally, the number is around 50 percent. On Friday, in a likely sign of things to come, a protest took place in Ukraine against any potential mandate forcing citizens to get a coronavirus vaccine if and when one is developed.

Ukraine is not alone. Polls taken in July in Germany and the Czech revealed up to 50 percent of those responding were skeptical of getting vaccinated.

Professor Heidi Larson, anthropologist and Founding Director of the Vaccine Confidence Project at the London School of Hygiene and Tropical Medicine, responded earlier this month, “It’s going to be a challenge, particularly because in general, populations are more anxious about new vaccines and that's understandable. But the good news is we do have time before we, hopefully, get a vaccine, so I think that we have to use that.”

TREND FORECAST: When there are reports of the vaccine’s progress, equity markets sharply rise. Moreover, Wall Street analysts and top CEOs continually state that the economy will rebound when a vaccine is approved.

Thus, the mainstream media breaks down the willingness – or not – to get vaccinated for COVID-19 as a political issue, simplifying it as a fight between liberals being pro-vaccine and conservatives being anti-vaccine.

As we analyze the trend, the pro and con vaccine camps spread far beyond those narrow political borders. Should governments mandate that all citizens must get COVID vaccinated, a resistance movement will intensify and evolve into major third party/anti-establishment movements across the globe.