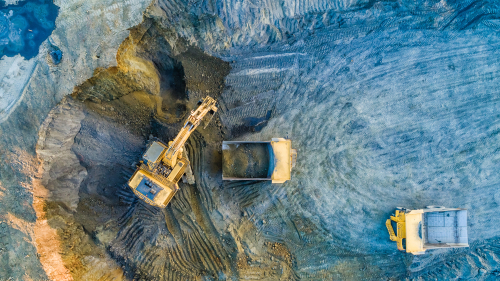 The rise is unjustified by market fundamentals, The Wall Street Journal noted, but more closely resembles this summer’s trading frenzy around meme stocks such as Gamestop and AMC Holdings.

From 70 to 80 percent of uranium supplies are sold under long-term contracts to utility companies with nuclear power plants.

The spot and futures market are typically dormant, the WSJ said.

After Fukushima, Germany shut down its nuclear power plants, the utility industry shelved plans for new ones, and a worldwide uranium glut ensued.

Then in 2018, Dallas-based Segra Capital Management launched a uranium fund when the metal’s price was languishing between $20 and $30.

Segra’s bet paid off, with the company more than doubling its assets this year to $300 million, including a 20-percent boost last month.

Sachem Cove, a $200-million fund also focused on uranium and nuclear investments, has gained more than 100 percent this year, including more than 30 percent this month alone.

“Utilities are taking notice,” Sprott CEO John Ciampaglia told the WSJ. “Some of them are calling us and asking a lot of questions.”

Some traders are buying in anticipation of Sprott’s purchases and profiting off the trust’s actions that push prices up, the WSJ noted.

Anchorage Capital Group and MMCAP International are among funds that have bought the metal itself in expectation of rising prices.

However, like meme stocks, uranium’s moment in the hotspot might not last, Mathew Zabloski, managing director of Delbrook Capital Advisors, noted to the WSJ, adding that there is still ample uranium on the market.

“There’s no political buy-in globally for nuclear power,” he said. “It will end in tears. The fundamentals are still broken.”

TREND FORECAST: Iron ore and copper were bellwethers in the current metals shortage, which we reported in “Commodities Supercycle Underway?” (11 May 2021), but all metals, from cobalt to lithium to tin, will remain scarce for months at least and, for some rarer minerals, perhaps years.

Two trends are being born out of this supercycle.

First, as prices rise and economic output falls, recycling technologies will gain more attention from automakers and other manufacturers, who will be forced to invest in them to ensure future supplies of key components.

Second, research will seek, and often find, substitutes for these metals, spinning off new technologies and new OnTrendpreneur®enterprises.