UPDATE: SLOWDOWN IN GETTING THE VAX 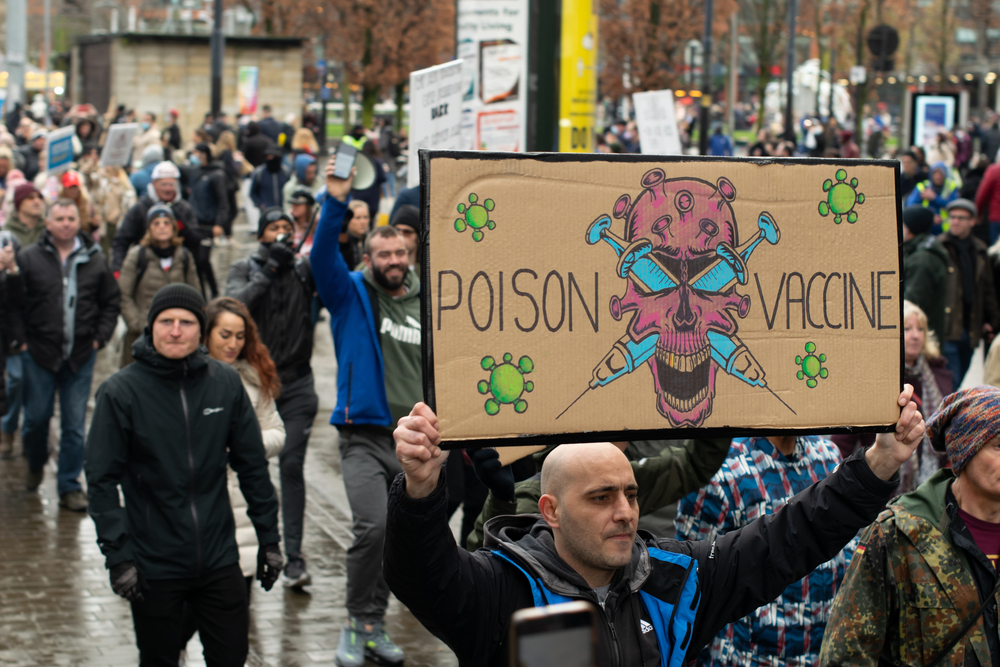 In our 1 December 2020 issue, we reported that although COVID vaccines had not been rolled out yet, the Ad Council had plans in play for the general public to buy their “It’s great to get vaccinated” sales pitch.

Lisa Sherman, the Ad Council’s chief executive, told The New York Times, “We’re working in advance so that once those vaccines are proven to be safe and approved by all the right people, we’re ready to go.”

Since then, despite over $100 million having been spent in the “Get Vaccinated” promotional push from political leaders, “health experts,” and a massive celebrity campaign... the U.S. has reported jab declines over the past two weeks.

Last Thursday, The New York Times, under the sub-heading “Slowdown,” reported that “President Biden last night celebrated the speed of the country’s vaccination program. And he deserves a lot of credit for it,” and “the U.S. has given at least one shot to more than half of adults.”

They noted, however, that “the average number of daily shots have declined almost 20 percent in the past two weeks.”

According to a Kaiser Family Foundation Poll initiated in March:

“20 percent of U.S. adults said they would either not get vaccinated or would do so only if required. Another 17 percent said they wanted to wait until the vaccine had been available for longer and they could see how it affected others. Put those two groups together and you could see that the country is starting to run low on unvaccinated adults who are eager to get a shot…

In the U.S., the vaccination slowdown is alarming precisely because of how bad COVID is, and how powerful the vaccines are.”

TREND FORECAST: As we have been forecasting, rules will continue to be put in place that will make it difficult for people to travel, work, and play if they do not get a COVID vaccination.

What is barely mentioned in the media, but as we have been reporting, are the significant amount of police and military personal who are resisting the jab. Yet, when the stories are run by the media about this class of vax resistors, Presstitutes do not denounce them as conspiracy theorists or categorize them as anti-vaxxers.

On the military front, however, the White House will declare that all troops must get the vaccine... and many cities and states will pressure the police to get the COVID shot as well.

While many will succumb to the pressure, there will be resistors among them, who will, in turn, join the anti-vax movements we forecast will arise in many nations, states, and cities.