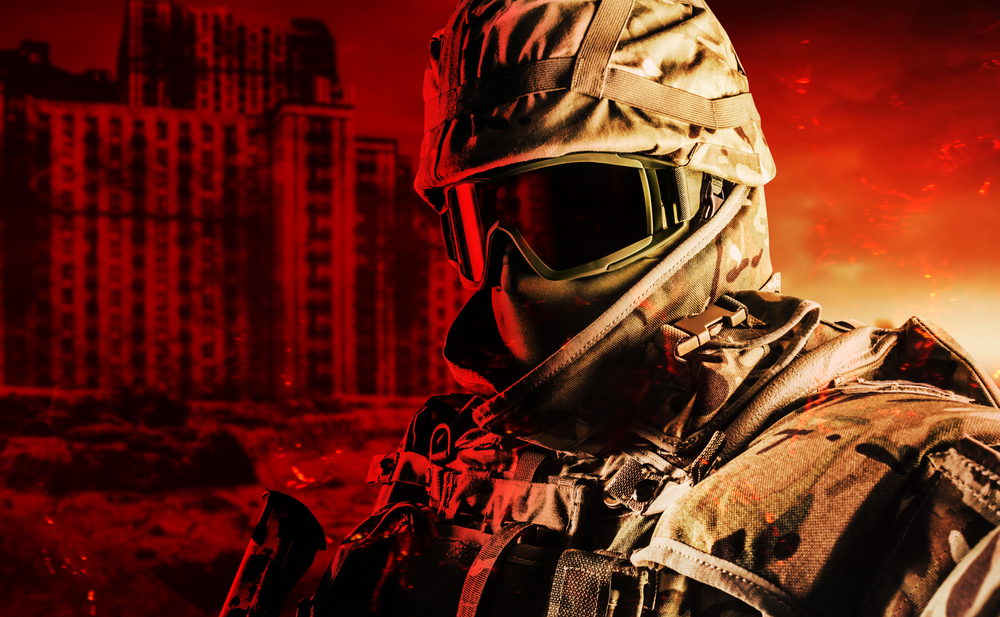 It seems the Kremlin still has delusions that there is morality in the West. The Kremlin has appealed to “international structures to make Ukrainian radicals release civilians.” What is the point of such a useless appeal? Why is the Kremlin attributing morality to the enemy that is trying to destroy Russia? Does the Kremlin think it is making a point by putting the West on the spot?

By choosing a police action over a war, the Kremlin delivered the civilians into the hands of the Ukrainian neo-Nazis. Indeed, by refusing action for eight years, the Kremlin allowed the neo-Nazis to take hold of large parts of Donbass while continuing to shell the areas of Donbass not under their control. If the Kremlin had accepted the Donbass vote eight years ago to be reunited with Russia like Crimea, the entire problem would have been avoided.

Apparently, the Kremlin was dissuaded from the obviously correct decision by the pro-West Atlanticist Integrationists among the intellectual and ruling class, who convinced the Kremlin that it would confirm U.S. propaganda that Putin is intent on restoring the Soviet Empire for so much of an artificial Ukraine created by the Soviets to be reunited with Russia.

The entire Ukrainian problem is due to the Atlanticist Integrationists. Why the Kremlin tolerates these agents of the West, and even appoints one of them head of the Russian central bank where she can maximize the effect of sanctions on Russia, is a mystery.

The Russians are also warning that sanctions against Russian oil exports will destabilize markets, drive up oil prices, and harm the world economy. It makes no sense for Russia to complain about a higher oil price that would benefit them and seriously harm their enemies. Russia acts against her best interests because Russia has been brainwashed by American neoliberal economists that Russia needs foreign exchange in order to develop the economy.

The Russian central bank chief, recently nominated for reappointment by Putin, is the chief Russian expositor of this blatant nonsense. She is the equivalent of 100 NATO divisions arrayed against Russia. It is Russia’s lack of economic sophistication that will destroy her. Because of central bank opposition, Russia won’t nationalize Russian assets of sanctioning countries, but sanctioning countries are now nationalizing Russian assets.

Russian mindlessness also serves as a weapon against herself. Germany is purchasing more weapons to send to Ukraine to kill Russian soldiers, and the Kremlin is still selling Germany energy, without which German industry would close down. It makes no sense. Russia should at least turn off the energy until the war is concluded on her terms.

As for Russia’s go-slow war, here is an example of the Ukrainians whose lives the Kremlin is so anxious to save: Ukrainian frontline medic claims he’s ordered castration of all Russian POWs.

In the intervention in Ukraine, the Kremlin chose humanitarian concerns, for which the Kremlin received zero credit, over the opportunity to bring all provocations of Russia to an end. If Russia had destroyed Ukraine, leaving it as a wasteland, the way the U.S. and NATO did to Iraq, Libya, and Afghanistan and tried to do to Syria, it would have served as a warning to the Empire of Lies of what awaits the next provocation.

Instead, the Kremlin’s humanitarian gesture backfired and gave the West, which controls the narrative, ample time to conduct a psyops campaign that has succeeded in turning the West into a mob full of hatred for Russians. Such hatred foretells more provocations which will eventually end in nuclear war.

Despite the Kremlin’s failure on every other front, Russia, despite its pulled punches, is winning in Ukraine. The U.S.-supported neo-Nazi militia is about driven out of Donbass. In Kiev, Russian paratroopers routed the neo-Nazis and drove them out of the city’s suburbs, capturing their weapons and ammunition.

Military bases in Yavoriv in Western Ukraine on the Polish border where U.S. and British personnel were training Ukrainians and where weapons were stored, and nearby Delatyn, a NATO weapon and fuel storage center, were annihilated by Russian hypersonic missiles.

U.S. and British military and intelligence personnel were blown to bits along with the Ukrainians being trained in the use of the U.S./NATO weapons. The Kremlin made good on its warning that all who interfere in its intervention will be destroyed. Western military incompetence was so total that there was no warning, or ability to intercept, the attack.

Looking at the map, Russian forces have completely cut Ukraine off from the Black Sea. Much, and perhaps all, of the territory can be considered part of Donbass. Unless the Kremlin in another fruitless show of good will gives the territory back to Ukraine, Ukraine is eliminated as a military threat. The reconquest of Donbass has restored the land bridge to Crimea.

Washington continues to rely on its allies among the Atlanticist Integrationists to cancel Russia’s victory in negotiations at war’s end in order to make a good impression and restore relations with the West, a fruitless hope on the part of the Russians. Until Russia deals with its internal traitors, its military victories might mean little. Provocations of Russia will continue and end in nuclear war.