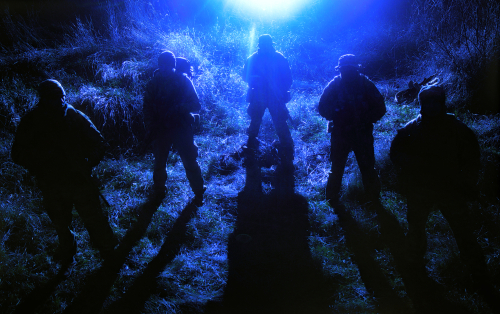 Ukrainian saboteurs have been blamed for successfully carrying out attacks inside Crimea, which was annexed by Russia in 2014, which shows the latest example of how the war continues to expand with no end in sight.

Earlier in the conflict, Zelensky indicated that a peace deal could be reached if Russia returned to its pre-invasion positions.

Last week, an explosion jolted an ammunition depot in Crimea that was caused by a saboteur, a Ukrainian official told The Wall Street Journal. Andriy Yermak, the head of Ukraine’s presidential administration, told the paper that its forces will carry out the “demilitarization” operation “in precise fashion until the full deoccupation of Ukrainian territories.”

Zelensky informed Ukrainians living in the area to avoid “the military objects” that belong to the Russian army because they are a target.

“The fewer opportunities the occupiers have to do evil and kill Ukrainians, the sooner we will be able to end this war by liberating our land,” he said, according to the paper.

There has been a growing frequency of Russian military facilities being targeted in the region, including a military air base near Sevastopol.

Crimea, which sits on the northern coast of the Black Sea, has been a “key staging ground” for the invasion, The New York Times reported. Paula J. Dobriansky, a former American diplomat, told the paper that the strikes in Crimea were “both operational and symbolic.”

Earlier this month, reports said the Russian military lost up to 13 combat aircraft in the explosions at the Saki Air Base in Novofedorivka. The Times, citing satellite photos from Planet Labs, said the planes were parked on the base’s western tarmac and that each plane is worth 10s of millions of dollars. Reports now say these strikes decimated over half of the Russian Black Sea fleet's combat jets.

A senior Biden administration official said the U.S. supports strikes on Crimea, which was annexed by Russia in 2014, if Kyiv sees it as needed in its fight against Russia, according to a report.

Politico reported that the official said the U.S. does not help select targets and “everything we’ve provided is for self-defense purposes.”

But he concluded, “Crimea is Ukraine.”

Last week’s Trends Journal covered the fighting in Ukraine extensively and noted that Ukrainian President Volodymyr Zelensky said the conflict will only end after Kyiv liberates Crimea, which was annexed by Moscow in 2014.

“Crimea is Ukrainian, and we'll never give up on it,” Zelensky said, adding that Kyiv is “constantly adding new components to the formula of liberating” the area.

The most recent strike occurred in the port city of Sevastopol, which is the home base of Russia’s Black Sea Fleet. The drone attack occurred on 20 August apparently involving a drone crashing into the roof of a building at the facility. There were no casualties.

Oleg Kryuchkov, an occupation official, said on Telegram that these small drone attacks are meant to be “psychological.”

“The goal is not military but psychological,” he said, according to Radio Free Europe. “The explosives are minimal and not capable of inflicting significant harm.”

The outlet noted that the continued attacks occurred hours after Moscow tapped Vice Admiral Viktor Sokolov to command the fleet after some battlefield reversals. His predecessor has been under criticism after the sinking of the Moskva, the fleet’s flagship.

The Trends Journal has long reported on the tense history between Russia and Ukraine over Crimea, which is a popular vacation destination for Russians. (See “PURE PROPAGANDA,” “NO, RUSSIA DID NOT INVADE CRIMEA,” “BAITING THE BEAR IS BECOMING A DANGEROUS GAME” and “BIG LIE? RUSSIA TAKES MORE LAND BUT RETIRED U.S. GENERAL SAYS RUSSIA WILL LOSE.”)

The Presstitutes in the mainstream media evidently don’t know the history of the region. Crimea had been part of Ukraine only since 1954, when Soviet Premier Nikita Khrushchev, a Ukrainian, designated it as such. In fact, Crimea has been part of Russia longer than the United States has been a country.

TRENDPOST: Anything less than pure hatred for Putin borders on treason in the U.S. media. The country has been brainwashed since the start of the conflict that Putin is a modern-day Hitler. The only person standing in his way is Zelensky, the Churchill of our time.

Putin correctly said earlier in the conflict that Western leaders, who are fueled by their hatred for Russia, would be quite content to fight Moscow until “the last Ukrainian.” Putin said the U.S. cannot imagine a unipolar world and wants to “enforce its version of the global order.”

The U.S. has proven to be inconsequential in Putin’s thinking and other countries like France and Turkey have become the only viable peacemaker. Turkish President Recep Tayyip Erdoğan met with Volodymyr Zelensky last week in Ukraine and offered to host a meeting between his counterpart and Putin in Turkey.

As to be expected, Mykhailo Podoliak, Ukrainian presidential advisor, said negotiations with Putin’s Russia are a dangerous game and will not end the war.