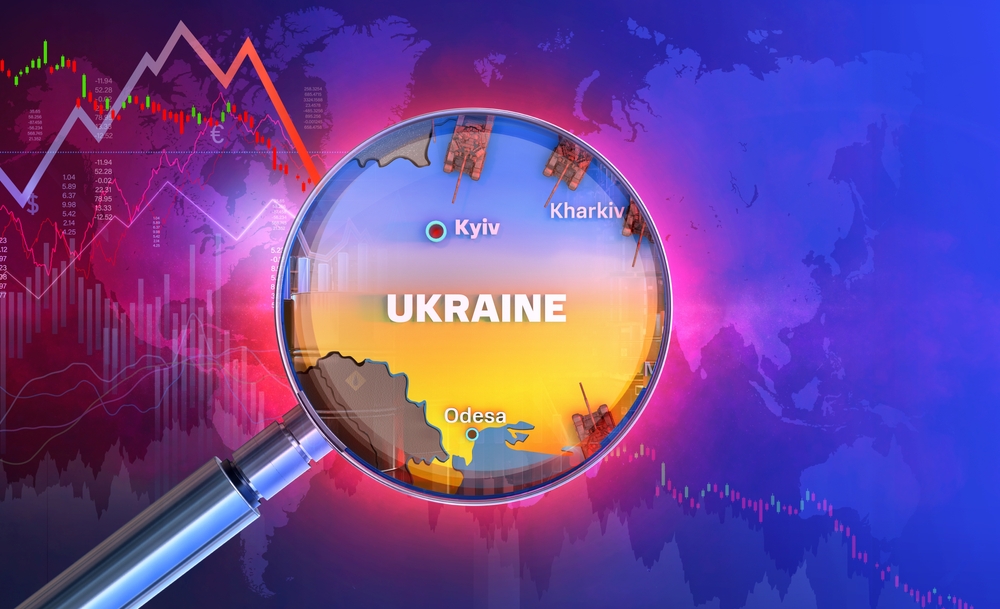 Russia’s attack on Ukraine and resulting sanctions on Russia’s exports will inflate food and energy prices, disrupt global supply lines, weaken confidence, and weigh on the world’s economic expansion this year, the 37-member Organization for Economic Cooperation and Development (OECD) said in a 17 March statement.

Late last year, the group foresaw the world’s economy growing by 4.5 percent in 2022 and inflation rising to 4.2 percent.

Now inflation will be almost 2.5 percentage points higher, close to 7 percent, and growth 1.1 points lower—about 3.1 percent—because of the war and its consequences, the OECD predicted.

The Eurozone’s economy will be 1.4 percentage points smaller this year than if Russia had not invaded; the U.S. will grow 0.9 percent less, the group forecast.

Pre-war, the OECD foresaw the two regions’ economies expanding by 4.2 and 3.7 percent, respectively.

The economic shocks will be most painful for countries depending on Russia’s and Ukraine’s exports, such as several African and Mideast countries that rely on the region’s wheat.

Russia and Ukraine account for 30 percent of the world’s wheat exports, 15 percent of maize exports, and more than 25 percent of fertilizer shipments, the OECD noted.

At least five percent of poor countries’ imports come from exports to the two warring countries, while the figure among rich nations is just 1 percent, according to a new UN analysis.

From 2018 through 2020, 32 percent of Africa’s wheat came from Russia and 12 percent from Ukraine, and all the wheat consumed in Benin and Somalia during those years came from the two countries, the report found.

However, “if you look at commodity prices, it’s going to affect every single consumer on the planet,” OECD chief economist Laurence Boone said to the Wall Street Journal.

Since the war began on 24 February, wheat prices have almost doubled, fertilizer costs about a third more, and the global price of maize has gone up about 40 percent.

“These are not shocks that will last a few months,” Boone pointed out. “This will have an impact on next winter.”

And, should Europe increase sanctions against Russia, cut off its needed oil etc., we forecast that the war will be protracted enough to send Europe well on its way in Dragflation this year... a sinking economy and rising inflation.