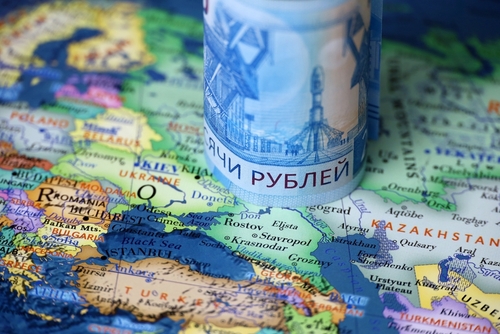 A top adviser to Ukrainian President Volodymyr Zelensky said in an interview last week that it was incumbent upon Western countries to seize Russia’s wealth to pay for the billions in damage inflicted on the country due to the Russian invasion.

“The whole world needs to work on [confiscating] Russia's assets,” Rostyslav Shurma, the deputy head of Ukraine's presidential office, told the Financial Times. “This is important to create the right precedent so that any country that decides to begin an unprovoked war of aggression understands it'll inevitably face strict financial punishment.”

President Joe Biden said in May that he wants Congress to speed up a controversial procedure that would allow his administration to sell yachts and other assets that were seized from Russian oligarchs since the start of the Ukraine War. (See “BIDEN WANTS TO STEAL RUSSIAN ASSETS TO FIGHT THE UKRAINE WAR.”)

“We’re going to seize their yachts” and the U.S. will sell off funds that will be used to directly remedy the “harm that Russia caused and help rebuild Ukraine,” he said.

Ukraine estimates that there is about $600 billion worth of damage in the country. We’ve pointed out that, as fate would have it, the Biden administration announced days after the invasion that the U.S. and Western allies seized more than $600 billion in Russian reserves.

The FT pointed out that Ukraine has support from Western countries, but the legalities are a bit murky. Seizing and selling these assets could also prompt countries like China, which is one of the largest holders of U.S. Treasury bonds, to get spooked that they could have the same fate over a disagreement.

Afghanistan is learning that the hard way.

President Joe Biden believes that he gets to determine how to spend the $7 billion in Afghan assets frozen in the U.S., which he plans on splitting with the families impacted by the Sept. 11, 2001 attacks. The other half would end up in a trust fund for distribution through humanitarian groups for Afghan relief and basic needs, The Associated Press reported.

TRENDPOST: On our Celente and The Judge podcast, Judge Andrew Napolitano detailed the illegality of the United States seizing Moscow’s and Russian citizens’ assets. (See “Putin No Different Than the Murderous Thugs We Have Here in the US.”)

Also, Jonathan Turley, a professor at George Washington University Law School, wrote in USA Today in May that Western countries have "considerable authority to seize property, but less authority to keep it."

He wrote that the oligarchs will likely fight for these assets in court and the onus will be on prosecutors to show that "large corporations that have operated for decades in international markets are now deemed criminal enterprises for the purposes of these properties.

"It is not clear that governments now seizing the property will be able to establish the nexus between an alleged crime and these proceeds or property for some, if not most, of the oligarchs," he wrote.