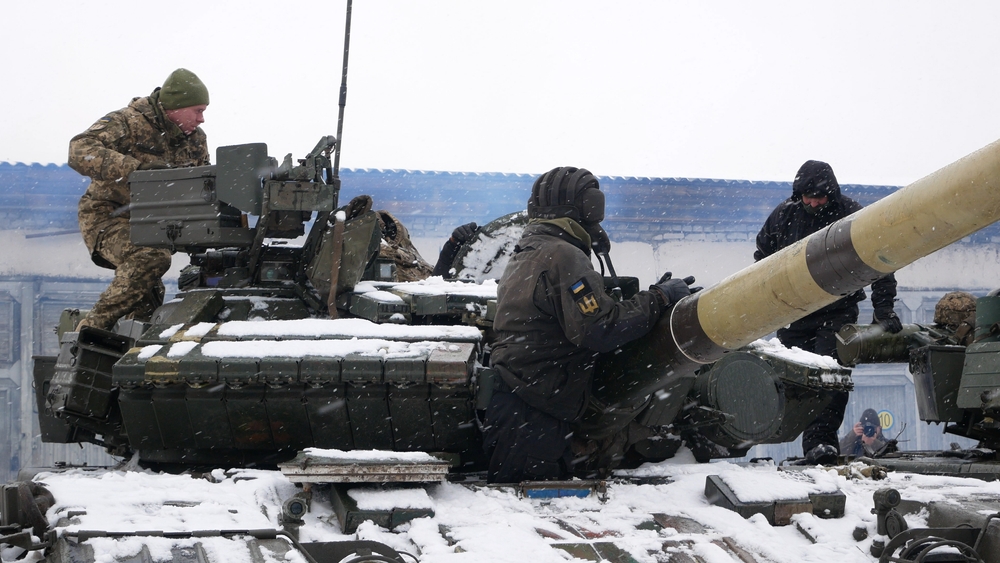 No useful information about Ukraine can be obtained from Western media. The Russian military operates without the need of news releases, so little information is provided.

Last week Pentagon spokesman John Kirby said, “Of course they [Ukraine] can win this. The proof is literally in the outcomes that you’re seeing everyday.”

There are no offensive actions being conducted by Ukrainian military or Azov militia. Ukrainian military infrastructure and command and control systems have been destroyed. When the West delivers weapons, the weapons are destroyed on arrival as was the S-300 air defense system from Slovakia.

The Kremlin appointed a new commander of the operation, and the change in command has been presented by the Western media as an attempt to free Russian forces from a stalemate.

As there is no stalemate, the commander might have been replaced because of objection to the restricted use of Russian heavy weapons, which have mainly been restricted to the destruction of the Ukrainian military infrastructure.

The Kremlin’s strategy means casualties among Russian troops who have to clear the surrounded areas in street fighting. Most generals don’t like this use of troops when heavy weapons can eliminate the opposing force.

It is necessary to understand that there has been no Russian invasion of Ukraine. Russian troops are operating only in eastern and southern Ukraine. The troops served the purpose of preventing a large Ukrainian army, now encircled and trapped, from conquering the two Donbass Russian republics recently recognized by Russia after an eight-year delay.

The other task assigned to the Russian troops is to exterminate the neo-Nazi Azov militia that has committed atrocities against the Donbass Russians. The process has gone slowly, because the fighting is mainly in Donbass, which is populated by Russians, and the Kremlin wants to rescue the people, not kill them.

The mistakes the Kremlin made were eight years ago and in the eight years since. The Kremlin, focused on the Sochi Olympics, did not intervene and prevent Washington’s overthrow of the Ukrainian government.

The Kremlin failed to pre-empt the crisis in Donbass when the Kremlin refused the Donbass appeal to be reincorporated in Russia like Crimea. The Kremlin, stupidly relying on negotiation with the West to enforce the Minsk Agreement to stop Ukraine’s attacks on Donbass, permitted eight years of Azov attacks on Donbass and erosion of Donbass territory, while Washington equipped and trained a Ukrainian army.

In other words, the Kremlin had learned nothing from the Washington-organized attack on South Ossetia by Georgia in 2008.

Russia would rather the conflict end without having to destroy the trapped Ukrainian army and for this reason keeps negotiating with Washington’s puppet Zelensky who has no authority to agree to anything. As it is not usual for the victor to pursue negotiations, the Kremlin’s proclivity for negotiation makes Russian arms look weak, and this encourages the West to keep the conflict going.

I think the limited nature of the Russian intervention was a mistake. Nevertheless, if Russia can’t achieve its goal in the limited way chosen, the option remains for a wider attack.

I believe the main problem for Russia is that the government tries to be Goody Two Shoes in its dealings with Satan. I see the Kremlin has now backed off its plan to nationalize Western businesses, because it wants to show that Russia, unlike the West, respects private property.

And despite Germany’s hostile actions against Russia, the Kremlin is still supplying Germany with energy in order to demonstrate, again, that Russia, unlike the West, adheres to contractual obligations. It is this kind of stupidity that can defeat Russia.

The West doesn’t respond by saying, “Look how reliable the Russians are.” Instead it says, “Look how stupid the Russians are. We are doing everything possible to frustrate them in Ukraine, and in Slovakia, Finland, and Sweden, and are putting more troops and bases on their border, and they sell us the energy with which to do it.”

Perhaps the Kremlin is betting that the EU’s attempt to ban Russian energy from Europe, which has met strong opposition from European countries, will end with NATO’s breakup, but Russia itself could break up NATO and the EU by turning off the energy.

Apparently, this sensible step is blocked by the Russian central bank chief, who advises the Kremlin that Russia has to have export earnings from the West, thus effectively blocking Russian counter-sanctions and contributing to the success of the sanctions against Russia.

A government that cannot get its act together can lose the benefit of its military superiority.

“NATO is drawing up plans to deploy a permanent full-scale military force on its border in an effort to combat future Russian aggression following the invasion of Ukraine, the alliance’s secretary general has revealed.”

According to the report, “a full scale military force” consists of “eight multinational NATO battle groups all along the eastern flank, from the Baltic to the Black Sea.”

A battlegroup consists of 1,000-1,500 soldiers, so Stoltenberg thinks a NATO tower of babel force of 10,000 to 12,000 soldiers scattered over thousands of miles from the Baltic to the Black Sea suffices to stop a Russian invasion! What kind of world does Stoltenberg live in?

Russia has no need or intent to invade Poland, Romania, the Baltics, Finland, Sweden. Missile bases in these countries can be eliminated with precision weapons from a great distance.

Russia sent troops into Ukraine in order to liberate Donbass from Azov attack and occupation and to prevent the invasion of Donbass by a 100,000 Ukrainian army.

If Russia had acted sensibly eight years ago, the current intervention would not have been necessary. One wonders what new mistakes the Kremlin will make that will necessitate further interventions in the future.

Paul Craig Roberts has had careers in scholarship and academia, journalism, public service, and business. Currently chairman of The Institute for Political Economy, President Reagan appointed Dr. Roberts Assistant Secretary of the Treasury for Economic Policy.