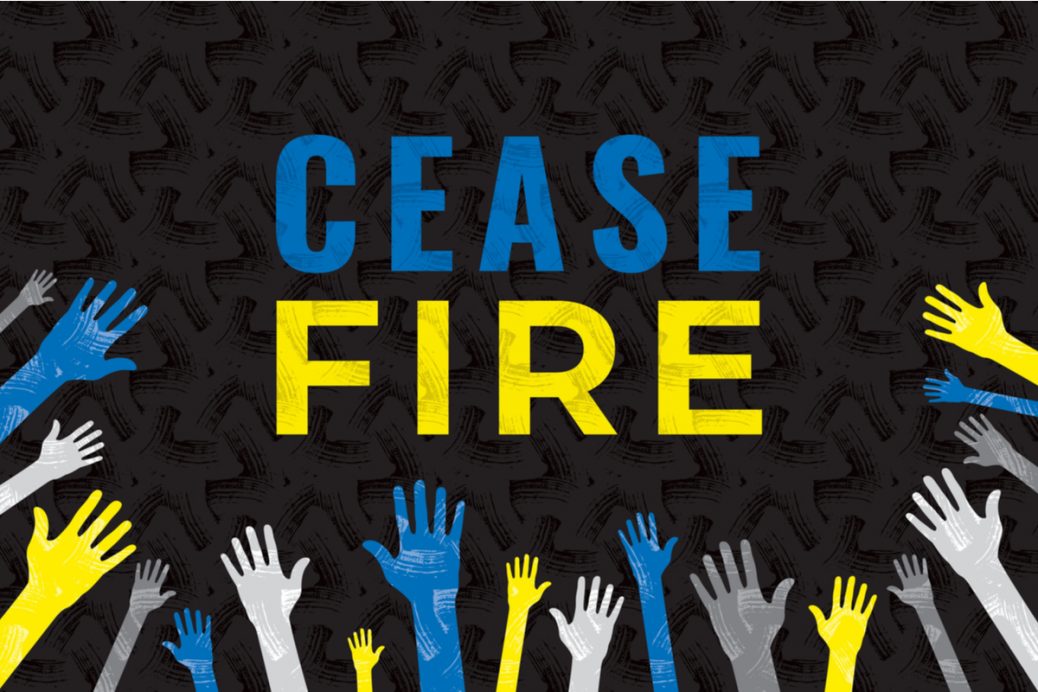 The Western media has downplayed the importance of the Ukrainian military’s defeat and Russia’s capture of Mariupol, calling it an “evacuation.” However, with the port city now in Russian hands, it has full control of the Sea of Azov, cutting off Ukraine maritime trade while giving Russia a land bridge to Crimea.

Yet, despite this resounding defeat, Ukraine again announced they refused calls for a ceasefire, and would refuse to make concessions or agree to a ceasefire without a Russian troop withdrawal.

As we have reported in detail, Kyiv has received, and will receive, an unprecedented amount of funding and weapons from Western countries to continue its fight against Russia.

These countries have incentive to keep the war going. They all see Russia as a threat, and it is their stated hope that Russia fails and there is a regime change inside the Kremlin. (See “PUTIN WILL NOT STOP UKRAINE INVASION UNTIL HE DECLARES VICTORY.”)

There is no need to negotiate for peace when you’re being bankrolled by Washington. But, like all love affairs, Kyiv has to worry about Western countries losing interest, since the cost of waging the war keeps increasing... as economies are in decline.

Mario Draghi, the former European Central Bank Bankster and now the Italian Prime Minister, has shown signs of wavering. Feeling pressure from his multi-party coalition about Italy's commitment to stop contributing to the Ukraine War, he called for a ceasefire in the country which was rejected by Kyiv.

“To prevent the humanitarian crisis from worsening, we must reach a ceasefire as soon as possible and restart negotiations; that is the position of Italy and the EU,” he said.

Mykhailo Podolyak, an advisor to Ukrainian President Volodymyr Zelensky, threw cold water on the idea as long as Russian troops are in Ukraine. He instead said Kyiv needed more weapons to take back control of the regions that Russia took control of, like Mariupol.

Podolyak warned that any concessions would end up backfiring on Ukraine because Russia would be emboldened and strike back harder.

"The war will not stop,” he said. “It will just be put on pause for some time. They'll start a new offensive, even more bloody and large-scale."

Zelensky said the fighting would be bloody, and the war will only end with "diplomacy.” U.S. Defense Secretary Lloyd Austin also called for a ceasefire.

Draghi has faced political pressure in Italy from opponents who do not believe the weapons transfer to Ukraine is a wise decision. While he promised to support Ukraine, Reuters pointed out that he made no direct vow to continue supplying arms.

The report said the 5-Star Movement and the right-wing League, key players in his multi-party coalition, have spoken out against the weapons transfers.

"When someone, even in this House, repeats the call to send in more weapons ... I won't stand for it," Matteo Salvini, the League leader, said, according to Reuters. Davide Crippa, the 5-Star’s lower house head, said arms shipments were "not effective in building peace." He called on Draghi to show "more courage" by holding a vote on the issue.

Protests broke out in Italy over these weapons transfers, including one by the Italian transport unions, which are opposed to the military aid. The EU Observer reported that while most Italians blame Vladimir Putin for the conflict, "union leaders want the government to increase workers' wages instead, and some fear that sending weapons will prolong the conflict."

TRENDPOST: Trends Journal readers know that one of Zelensky’s famous lines at the beginning of the war was that he did not need a ride out of the country, he needed more ammunition.

Western countries love lines like that...lines that belong in a Hollywood movie. One of the other famous lines to emerge from the war is, "Russian warship, go fuck yourself."

Gerald Celente, the publisher of The Trends Journal, has been an outspoken critic of the Western funding for Ukraine because it disincentives Kyiv from negotiating to bring an end to the war.

Western countries and their obedient media drove home the notion that Zelensky, a comedian, is the second coming of Winston Churchill. Like any former actor, he lives and dies with reviews, and is emboldened every time a western parliament applauds him.

Once these countries start refusing to cut these checks, you will see Zelensky grow very desperate, very fast and be in a far worse position than he is now to negotiate with the Kremlin.

TREND FORECAST: We maintain our forecast that Russian President Vladimir Putin will continue fighting until he declares victory, and the longer the war rages, the tighter the money spigot will turn off from the West.

We watched the fall of the key steel mill in Mariupol last week at about the same time that the U.S. Senate approved $40 billion in more aid for Ukraine. Western countries will stop sending in billions as their economies sink into Dragflation.