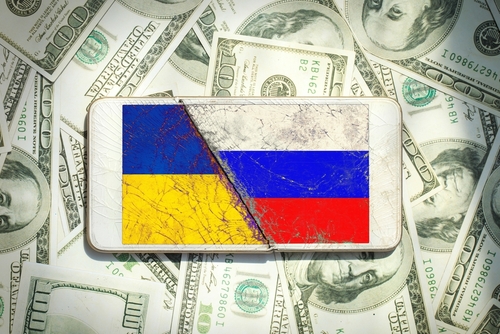 The U.S. announced last week a new financial package for Ukraine’s war effort while Kyiv announced significant gains on the battlefield during its counteroffensive in the east. The total sent to Ukraine since Russia invaded on 24 February is at $67 billion according to Anti-War.com

As of Tuesday afternoon, Kyiv claimed its troops liberated hundreds of settlements and thousands of square miles in the northeast, according to The New York Times. The paper said Russia is dealing with low troop morale and volunteers are now refusing to serve in combat.

The paper noted that Russian President Vladimir Putin is starting to feel pressure at home, and is being urged by some to speed up a decisive victory in Ukraine. The Kremlin has not referred to Ukraine as an all-out war, rather a “special military operation.”

Oleg Tsaryov, a former deputy of the Ukrainian Parliament who fled in 2014, wrote that Moscow has the right to “plunge Ukraine into the stone age.”

Two senior Pentagon officials told USA Today that Ukraine’s desire to fight, Russian disarray, and the arrival of U.S. weapons contributed to the gains on the ground, which have been acknowledged by Russia.

Some of the fighting has been in Kharkiv, which is in the northeast part of the country. The Study of War, a Washington-based think tank, told the paper that Russian forces were unprepared for counteroffensive and have been seen fleeing.

“Ukrainian forces have penetrated Russian lines to a depth of up to (45 miles) in some places and captured over 1,150 square miles of territory in the past five days since Sept. 6 – more territory than Russian forces have captured in all their operations since April,” the assessment said, according to the paper.

Two of the key victories were in Izyum and Kupiansk, which are considered two key logistical hubs.

The Ukrainian Ministry of Defense issued a report on Tuesday that pro-Russian leaders in Crimea are trying to move their families from the area as Ukrainian forces gain ground. (See “ZELENSKY SAYS UKRAINE WAR WILL END WHEN RUSSIA LEAVES CRIMEA” (16 Aug 2022).

Ukrainian officials said they informed their American counterparts about their plans for the counteroffensive, but the U.S. insisted that it was Kyiv and military leaders from the country who “made the decisions on how to conduct this counter offensive,” Politico reported.

We have been reporting on the amount of military weaponry being sent to Kyiv and the implications since the Ukraine War began (See “WAR IN UKRAINE ECONOMIC OVERVIEW” (1 Mar 2022), “BIDEN KEEPS WAR DRUMS BEATING, ANNOUNCES ANOTHER $1B IN WEAPONS FOR UKRAINE” (21 Jun 2022), “WEAPONS POURING INTO UKRAINE, NO TALK OF PEACE, JUST MORE AMMUNITION” (12 Apr 2022).

Ari Tolany, the program manager at the Center for Civilians in Conflict, told Politico it is challenging to track where the material is coming from because there is a range of funding sources. Kyiv has already been the “largest recipient of U.S. security assistance” since 2014. (The report noted that Israel benefited from the most military support from the U.S. since the end of WWII, pulling in $146 billion in assistance.)

“We know this is a pivotal moment, more than six months into Russia’s war of aggression against Ukraine, as your counteroffensive is now underway and proving effective,” Blinken told Ukrainian President Volodymyr Zelensky during a meeting on Thursday, according to The New York Times.

Blinken said Ukraine’s defenders continue to “courageously fight for their country’s freedom,” and President Joe Biden will support Ukraine for “as long as it takes.”

TRENDPOST: While Blinken was visiting a hospital in Ukraine, Russia’s permanent representative to the UN, told the Security Council that NATO “basically manually directs Kyiv in the theater of war.”

Kyiv is not interested in negotiating for a peaceful settlement with Russia, a senior U.S. official told VOA. The official noted that Russia is in control of about 20 percent of the country and about 30 percent of Ukraine’s industrial and agricultural potential is gone.

“That’s why they’re launching this counteroffensive,” the official said.

Both Russian and Ukrainian officials said Saturday that Russian troops have retreated from some eastern towns while Ukraine’s counteroffensive in Donetsk develops. Russia’s defense ministry said troops are regrouping. The BBC said the advances—if held—would be the most significant since they withdrew from Kyiv.

The Donetsk People’s Republic, which is a breakaway quasi-state militarily occupied by Russian-backed separatists, has claimed all of the Donetsk region as their territory. The Pentagon said a few weeks ago that the Kremlin has plans to annex Kherson, Zaporizhzhia, Donetsk, and Luhansk.

It is difficult to obtain reports from the frontline because reporters have been banned.

(It should be noted that the BBC report noted that their reporters are not on the frontlines because “journalists have been denied access. Ukraine is determined to control the information war. But plenty of footage has emerged on social media showing Ukrainian troops “raising their flag in newly liberated areas.”)

TREND FORECAST: The Trends Journal has noted that Russia could overtake Kyiv in a weekend if it wanted to launch a fully destructive attack that would kill millions and destroy much of the nation. This was a tactic used by the United States and its NATO allies that slaughtered over a million people in Iraq and destroyed the nation but was still defeated.

However, we maintain our forecast that minus a nuclear strike or a false flag that will escalate the world into WWIII, Russia will defeat Ukraine and Kyiv will not regain key areas of lost territory, such as Crimea and Mariupol.

The U.S., of course, is the largest donor of military aid to Ukraine, followed by Poland that has given $1.83 billion in military aid, and the UK, which has given $1.3 billion. Zelensky has said Kyiv is blowing through about $5 billion a month to fight the war.