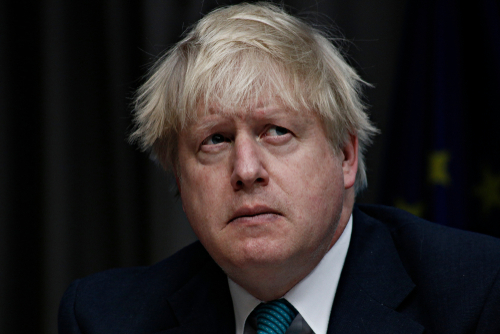 The United Kingdom’s health secretary announced Sunday that vaccine passports will not be required to enter crowded spaces just weeks after Prime Minister Boris Johnson declared that they would be required.

“I’m pleased to say that we will not be going ahead with plans for vaccine passports,” Sajid Javid, the health official, told the BBC.

He said that it is probably fair to say that most people “instinctively don’t like the idea.”

“I’ve never liked the idea of saying to people you must show your papers or something to do what is just an everyday activity,” he said.

The Guardian, citing government sources, reported that infections and deaths that were projected during the summer months have not materialized. They credit the success of the vaccination efforts. Tories told the paper that they believed Johnson’s idea for a passport was always an empty threat aimed at just getting people to sign up for the shot.

The report pointed out that the U.K. granted emergency approval for third jabs for the Pfizer and AstraZeneca vaccines. The report said Scotland will introduce the vaccine passports despite the announcement.

TRENDPOST: The Guardian's report said the quiet part out loud. The use of vaccine passports in the United Kingdom was never “based on the science,” but was deployed as a political tool by British Prime Minister Boris Johnson to coerce more people to sign up to take the shot.

Indeed, what we have been forecasting since the vax passport was launched by Israel this past February; “ISRAEL: NO VACCINE, NO GREEN PASSPORT,”...the motivation for lockdowns in nations across the globe, regardless of low death rates such as Australia and New Zealand, is to sell more drug dealer COVID Jabs.