UCLA DOCTOR: NO JAB NO JOB, CALL THE POLICE 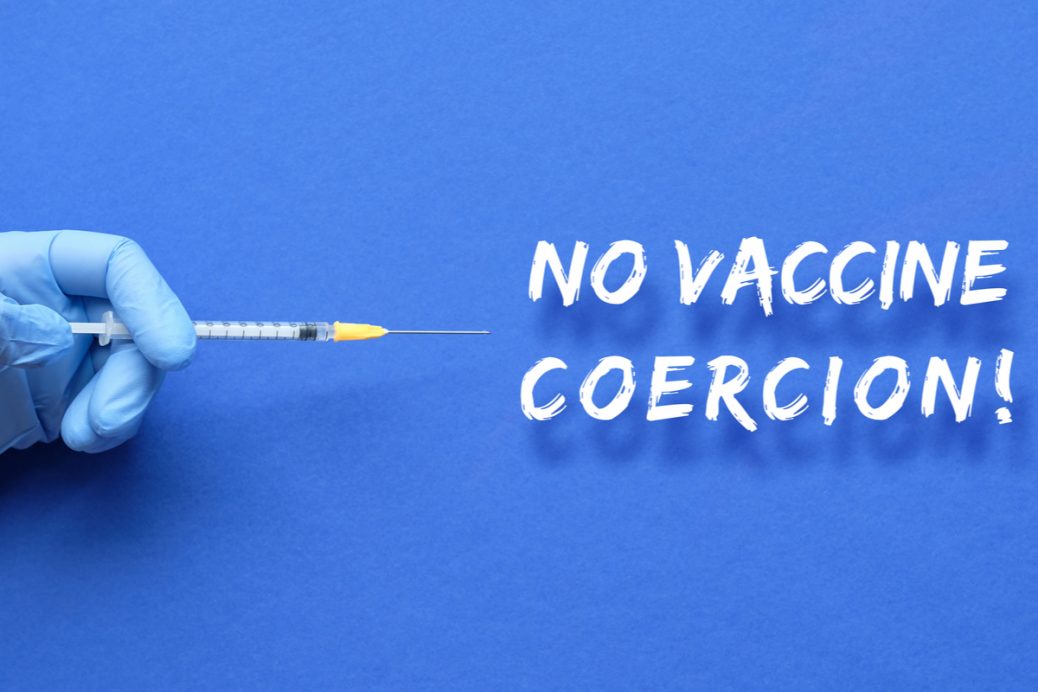 Dr. Christopher B. Rake, an anesthesiologist at UCLA, was escorted out of his workplace on Monday for trying to enter the building without being vaccinated for COVID-19, according to a report.

The school said in a statement that all in-person employees must be vaccinated—unless they have some form of exemption, The Los Angeles Times reported. Rake, who has been a vocal opponent of forced vaccinations, appeared to film himself as he was being escorted out by three individuals.

“This is what happens when you stand up for freedom and when you show up to work, willing to work, despite being unvaccinated, and this is the price you have to pay sometimes. But what they don't realize is that I'm willing to lose everything--job, paycheck, freedom, even my life for this cause.”

Rake, who received his medical degree from Tufts University School of Medicine in 2004, has been placed on unpaid administrative leave from the UCLA Medical Center in Westwood, Los Angeles. He has been a board-certified anesthesiologist since 2010.

The Trends Journal has reported extensively on the lockstep effort to silence and banish anyone, regardless of profession, to question the efficacy and dangers of the COVID vaccine. (See “WANT TO KEEP YOUR JOB? GET THE JAB!” and “ "NO JAB, NO JOB?," 1 June 2021.)

The report pointed out that Rake spoke out against the vaccine during a rally in Santa Monica in August where he told a crowd, “They want to force vaccination or medication or treatment into my body that I don't want. So they're telling me, ‘Take the jab or we take your job.’ And I’m here to say no. That’s not OK.”

TRENDPOST: The interesting quote in the video showing Dr. Christopher B. Rake accompanied out of the hospital as though he was intentionally killing patients is when he said he is willing to lose it all to defend his stance as being opposed to the vaccine mandate.

He knows that there is no room in the country for debate. You either take the vaccine or give up your freedom or ability to make a living. The individuals escorting him out of the hospital have nothing against him, but they are being paid, and they need a job to provide for their family. It is not difficult to get countrymen to turn on countrymen when jobs are on the line.

Rake’s opposition seems to be based on our favorite word: science. His Citizens United for Freedom claims that the safety trials for these vaccines were not sufficient. He said at a rally that he formed the group to “stand up to tyranny.”

He was seen in an earlier video talking about last year, when he put his own life on the line, wore protective equipment, and "dealt with COVID patients, and very carefully, painstakingly tried to take off that equipment making sure I didn't get infected and bring some deadly disease home to my wife and kids."

TRENDPOST: Instead of the media analyzing the scientific vax data and those in the field who question it, they instead, as we have been reporting, continue to report on imbecilic comedians they call “celebrities” who condemn those refusing to take the jab. (See “CELEBRITY SELLOUTS SELL COVID VAX,” 18 May 2021 and “CELEBRITIES” VAX SMART, YOU’RE STUPID,” 3 August 2021).