U.S. VAX RATE DOWN, BIDEN FIGHTING TO PUSH IT UP 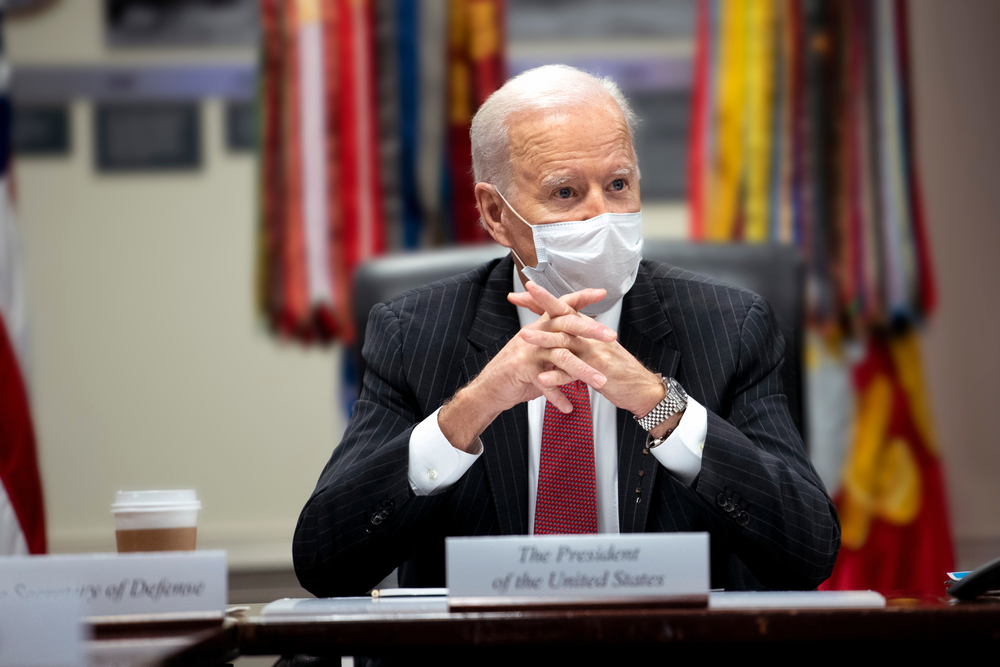 President Biden—who recently came up short of his goal to have 70 percent of Americans to have received at least one shot of the COVID-19 vaccine by the Fourth of July—is trying to figure out how to get Americans to sign up to be vaccinated without enforcing a government mandate, and the way to do that seems to be to starve them.

Dr. Jonathan Reiner, a CNN medical analyst, said it is time the private sector takes the lead on the effort. He said private companies should begin to require workers to take the jab. A recent Kaiser Family Foundation poll found that 42 percent of those who have not received the vaccine would if their companies required the shot.

“I do think it's time to start mandating vaccines,” Reiner said after being asked if the government should stop begging Americans to take the shot. He said that he believes companies will begin to mandate vaccinations.

“Seventy-five million adults have chosen to not get vaccinated and that choice has consequences,” Reiner said. “Now, we can't force you to take a jab in the arm but there are many jobs, perhaps, that can prevent you from working if you decide not to get vaccinated.”

The New York Times reported that about 160 million Americans—or just below half of the population—have been fully vaccinated. The paper pointed out that the country is vaccinating about 870,000 per day, a significant decline from the 3.38 million doses that were administered at the peak on 13 April.

“Please get vaccinated now,” Biden said. “It works. It’s free. “It's never been easier, and it's never been more important. Do it now for yourself and the people you care about, for your neighborhood, for your country. It sounds corny, but it's a patriotic thing to do.”

Dr. Anthony Fauci, the head of the National Institute of Allergy and Infectious Diseases, also seemed to show some of his frustration regarding vaccine hesitancy. He was interviewed on MSNBC and questioned the motive of millions of Americans.

“You’ve gotta ask: What is the problem?” he said. “Get over it. Get over this political statement. Just get over it and try and save the lives of yourself and your family.”

The Times reported that Biden is running out of ways to get the American public to get the shots and could “take the potentially unpopular step of encouraging states, employers and colleges and universities to require vaccinations to slow the spread of the coronavirus.”

The paper reported that as commander-in-chief, Biden can mandate the vaccine in the military, but has declined to make such an order. The Army Times reported that the Army directed commands to prepare to administer mandatory COVID-19 vaccines as early as 1 September, pending full Food and Drug Administration licensure.

The FDA has yet to grant full approval to the Moderna and Pfizer vaccines and these drugs are currently being used under an Emergency Use Authorization.

The Army Times said it obtained a portion of a recent update to HQDA EXORD 225-21, COVID-19 Steady State Operations:

The CDC says on its website that employers should encourage leadership within the county to be “vaccine champions.”

“Invite them to share with staff their personal reasons for getting vaccinated and remind staff why it’s important to be vaccinated,” the website tells employers.

TRENDPOST: As is the ongoing “trend,” the mainstream media only features and quotes those in agreement with the government. Those who question the “Operation Warped Speed” unapproved by the Food and Drug Administration experimental gene therapy jab are banned.

And as for the vax, it is a Biden lie that “It’s free.” We the People of Slavelandia are heavily taxed and billions of our tax dollars were paid to the drug lords who are dispensing the jab. (See, DRUG COMPANIES CASHING IN ON COVID; PFIZER CEO MAKES WINDFALL PROFIT FROM VACCINE NEWS; TAX DOLLARS BOOST DRUG DEALER PROFITS.)

TRENDPOST: That Biden keeps telling American citizens that getting an unproven, Operation Warped Speed vaccination is “a patriotic thing to do,” is anathema to patriotism. Support for the drug lords has nothing to do with "love for or devotion to one's country."

Yet, as with the series of deadly, murderous wars launched by American politicians that are based on lies for which the gullible masses believe in, support and die for... so too with the COVID War. Indeed as our 28 April 2020 Trends Journal cover designed by Anthony Freda clearly illustrates: DUMB ENOUGH TO BELIEVE BUSH’S WARS – DUMB ENOUGH TO BELIEVE THE COVID WAR.

TREND FORECAST: As we continue to detail, nations across the globe are pushing mandates and penalties on those who refuse to get vaccinated. This will be a major campaign issue in upcoming elections and we maintain our forecast that new anti-vax/anti-tax/anti-establishment political movements will be formed.